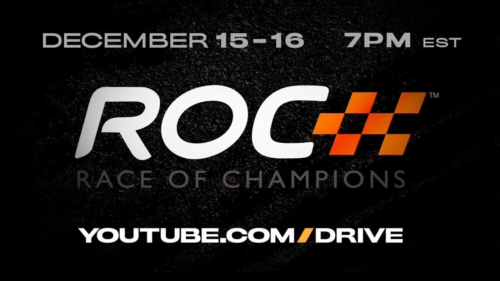 DRIVE announced it will exclusively air the 25th Race of Champions (ROC), taking place in exotic Bangkok, at 7pm ET on December 15 and 16 for U.S. viewers on its YouTube channel: www.youtube.com/DRIVE.

Accessible exclusively in the U.S. at www.youtube.com/DRIVE, ROC will pit motorsports’ racing elite from various disciplines, including Formula One, World Rally Championship, MotoGP, Touring Cars, IndyCar and Le Mans. The competition will feature a series of head-to-head races in identical cars on a parallel track inside Rajamangala Stadium to crown the “Champion of Champions.” Drivers will pair up by nationality for the ROC Nations Cup ahead of the individual Race of Champions the following day.

Drivers competing in ROC 2012 include:

For more information about Race of Champions, visit www.raceofchampions.com.

You can watch DRIVE’s ROC coverage video teaser below:

To view DRIVE’s exclusive Race of Champions coverage on YouTube on December 14 and 15 at 7pm ET, please visit www.youtube.com/DRIVE.