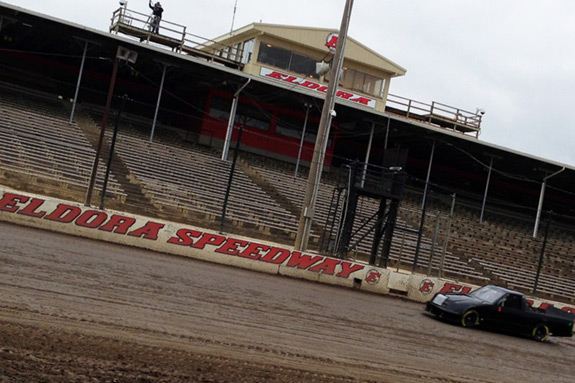 The 2013 schedule for the NASCAR Camping World Truck Series will include an exciting first: The series’ first race on dirt! It will mark NASCAR’s return to a dirt track at the national series level for the first time since 1970.

“We’ve had talks about getting the trucks on dirt in the past,” said Steve O’Donnell, NASCAR senior vice president of racing operations. “The door-to-door racing that our truck series is known for plus Eldora’s popularity and Tony’s dedication to putting on great shows for the fans is a perfect fit. We’ll have a maximum starting field of 30 trucks at Eldora. More details on the race format are still being developed.”

“It’s really a dream come true for us as not only a promoter, but I don’t think any of us really thought, like we mentioned since 1970, the national series have never been to a dirt track,” said Stewart. “To imagine that 42 years later we’re going to be taking a national NASCAR series back to a dirt track is a huge honor for us, something that everybody at Eldora, are extremely excited.”

The race format for the newly-added Eldora Speedway NASCAR Camping World Truck Series race has not been finalized. More information on this exciting news, including photos and video, can be found on www.eldoraspeedway.com.