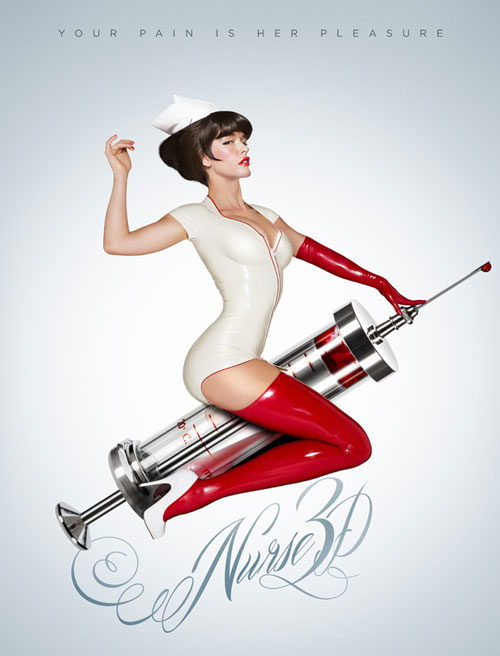 By day, Abby Russell is a dedicated nurse, but by night, she takes lives instead of saving them. Using her smoldering sexuality, Abby lures cheating men to their brutal deaths, exposing them for the dogs they really are. When a younger nurse starts to catch on to Abby’s night job, Abby must find a way to outsmart her and bring the cheater no one expected to justice.

The studio has yet to release a trailer for the movie, only releasing some risqué posters thus far. Regardless, the plot sounds interesting and the posters look great, so I’ll be sure to check it out.

EDIT: The studio just released this trailer for the movie:

Nurse 3D stars Paz de la Huerta, Katrina Bowden and Corbin Bleu, and the movie will be released in select theaters and On Demand on February 7, 2014.

Try Out To Be The Next Anchorman!

Check Out The Official Trailer For ‘Need for Speed’