Although modern cars might look amazing and futuristic to people from 50 years ago, they are somewhat mundane and boring to modern owners. We’ve seen all the fancy options before, and innovations tend to be small, slow and subtle. It took years for things like seat belts, fuel injection and turbochargers to become common. How come such clearly good ideas took forever to arrive?

The thing is, such good ideas do come early – they’re just too expensive for production cars. Instead they end up in an assortment of “Concept Cars,” handcrafted one-off vehicles intended to demonstrate and test new technologies and styles without the expense of actually going into production. This began in the 1940s with the Buick Y-Job, whose styles, features and accessories would all become standard by the 1950s. Ever since, the auto industry has made some amazing concept cars – the results of which show up in many cars of today. 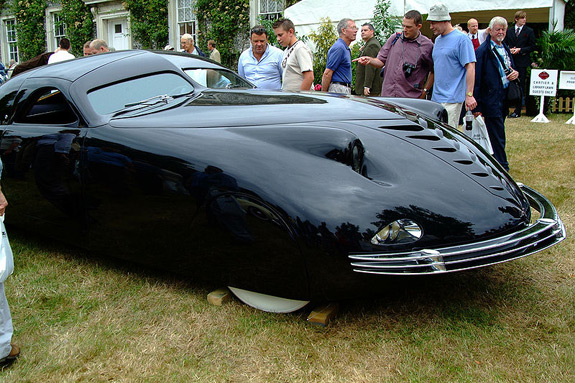 The Phantom Corsair
The smooth, futuristic and aerodynamic styling of the Corsair makes it almost look like a modern car – yet it was made in the late 1930s. Despite the fact it is almost 80 years old, the Corsair comes equipped with flush door handles that open electronically, a compass and altimeter in the dash panel, and a fully stocked drinks cabinet in the rear seat. These options are common on luxury sedans of today, but 80 years ago, they were revolutionary. Their introduction in the Corsair no doubt influenced the decision to include them in modern Bentley, Mercedes and Rolls Royce cars today. 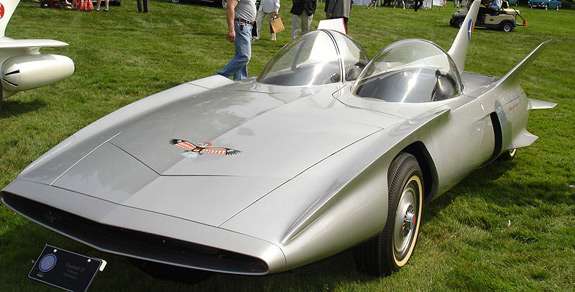 The GM Firebird
While the two-bubble canopy look of this car influenced the Batmobile used in the 1970s TV show, what was really revolutionary about this vehicle was its engine – a jet turbine. While other features (such as the fins and jet styling) would become common in cars of the 1960s, this was the only car with a turbine engine in it – until the 80s and 90s, when they became common in high-performance F1 cars. These engines were so fast and so dominant that the turbine engine had to be banned from F1. After many years, companies such as Volkswagen, Volvo and Ford are returning to the turbine engine for its high-speed performance, and the fact that it can run on any flammable hydrocarbon. 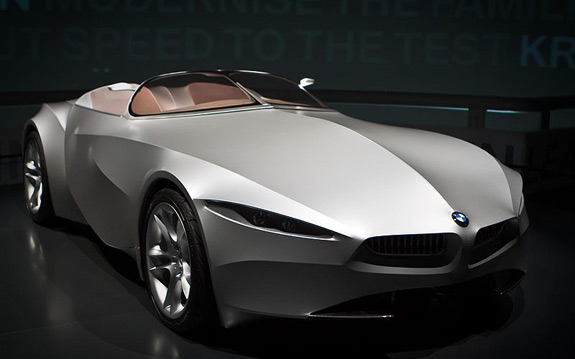 The BMW GINA
Because it has nothing to do with the structural integrity of the car, the exterior is essentially dead weight. It’s the frame that holds the weight and protects the passengers in a crash. This means that there could be a considerable weight savings if it could be replaced by something lighter. BMW built the GINA to demonstrate that it is possible to coat the exterior of the vehicle in flexible fabric – making a car that can literally change shape at the push of a button. Although the fabric they used is not ideal (it tears too easily) BMW and others are beginning to consider woven exteriors as a potential alternative in lightweight, fuel-efficient vehicles. 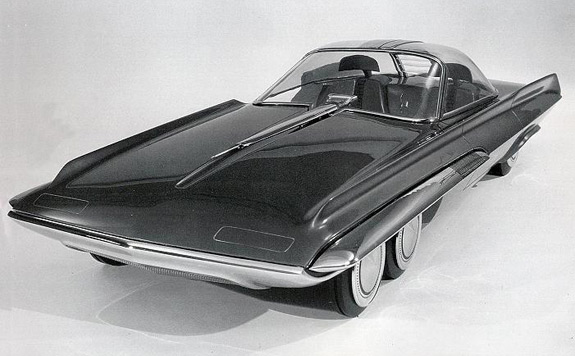 The Ford Seattle-ite
This six-wheeled monster had one innovation that was so advanced that it is only now coming into use – it was powered by hydrogen fuel cells. The Ford Seattle-ite was a zero-emissions hydrogen powered vehicle created when gasoline could be bought for fewer than twenty cents a gallon and the EPA hadn’t even been founded yet. While it may have had six wheels and was enormous, its revolutionary fuel system is only now beginning to be implemented – showing that it wasn’t just ahead of its time; it was ahead of today.

This article was written by Karl Stockton for the team at iSeeCars.com; they can assist with your used car search