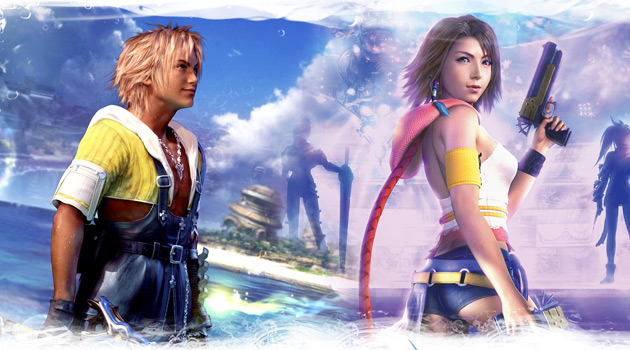 This game was reviewed on the PS3 using retail code provided by Square Enix. The review for Final Fantasy X-2 HD is coming at a later date.

Of all the creative titles and experiences that gamers wish developers would recreate in a higher definition format, the Final Fantasy series of games has to be among the highest. While it may not be the oft requested Final Fantasy VII remake, Square Enix has re-released its two classic PS2 Final Fantasy games, X and X-2, in a shiny high-definition Remastered version for the PlayStation 3.

While Final Fantasy X and X-2 were far from my favorite games in the franchise, I was still excited about the prospect of replaying these classic titles in an updated and more visual pleasing interpretation. As an added bonus, the remastered games feature a rather substantial collection of extra content that was never before released in the United States. It seemed like a win-win to me. I gave Square Enix a shout, and they were kind enough to send us a review copy to test out. 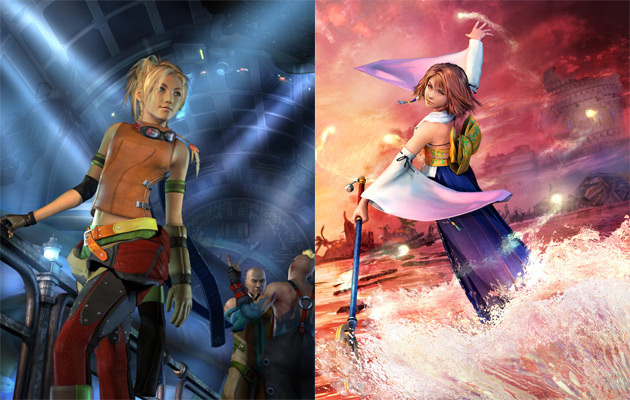 If you haven’t played any of the other various HD Remakes on the PlayStation 3, you may be in for a bit of a shock. While the CG animation scenes and main characters are rendered exceptionally well, the voice acting, general character animation and the 3d modeling of NPCs looks very dated. Sure, every character has an updated texture, but when that texture is wrapped around a slightly square head with little to no depth or defining features, it looks odd.

Apart from recoding and rebuilding the entire game, there was very little to be done about oddities. Thankfully the story and gameplay is engaging enough to allow you to look past these small quibbles. They also serve as a great reminder of just how far we have come in such a relatively short time. If the slightly janky NPC modeling feels like a deal breaker, find solace in the fact that about 90-percent of the gameplay and cut-scene action is centered around the main characters that are all incredibly well designed, and they all look fantastic on the PS3. 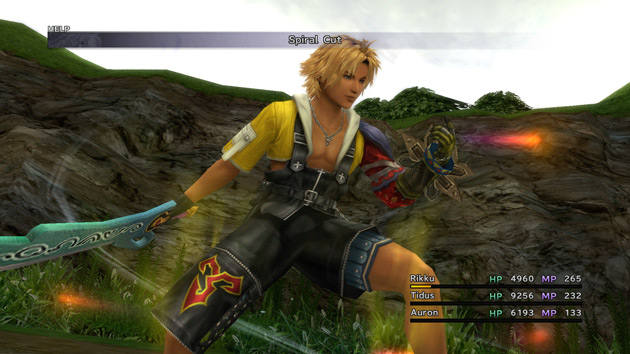 Like almost every Final Fantasy game ever created, the gameplay is fairly traditional JRPG. You run around an overworld attempting to get from point A to point B, and you fight random monsters and battles on the way. One those monsters are defeated, you earn points towards improving your various characters. To spice things up, Final Fantasy X features a few unique systems that completely alter the flow of battle and character leveling.

The first is the sphere grid system. This form of character leveling is based around what is essentially a board game. As you defeat monsters, your character gets AP points that are translated in a number of “moves” around this board. Each spot you land on is a potential upgrade for your character. Some increase your HP, some add extra strength or magic, while others still may give you new abilities. In the early stages, the paths are very linear, but towards the later parts of the game, you are given chances to branch off and create characters that are better suited to your playing style. 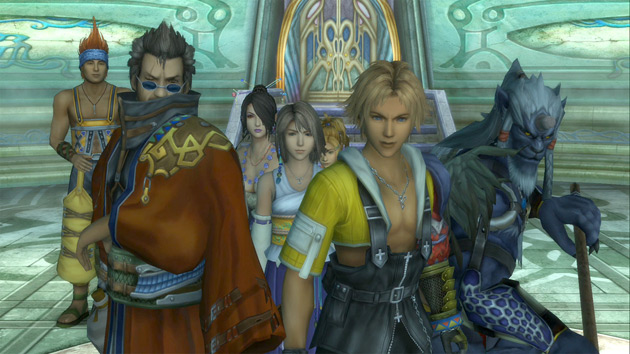 The other great battle addition is the ability to swap out characters in mid battle. In a previous game, you had a set selection of characters, usually three, that are in your party. If you needed somebody else, you would have to travel to a particular destination to swap party members. If you happened to stumble across a difficult enemy that is only vulnerable to fire, and you had no one with spell abilities, you had to back track and swap characters. In X, you just hit a button, and you swap out on-the-fly. It makes battles move quickly, and it makes the game easier for new players. 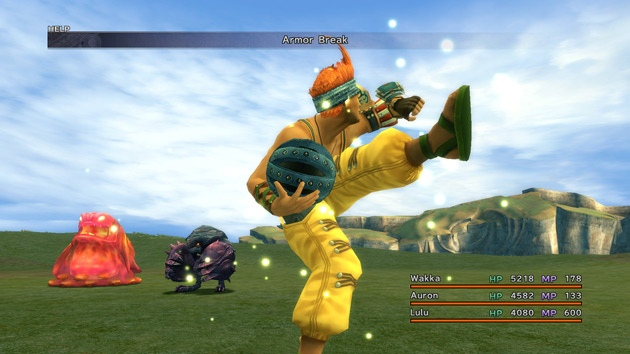 In fact, this may be one of the easiest and best Final Fantasy games for new players. Unlike many previous games, there is no need to simply run around one area for all of eternity “grinding” to make sure your characters are strong enough for the next area and its enemies. Rather, if you just progress through X in a steady pace, you will essentially always be strong enough to complete your tasks. It may require some smart moves and tactical battle decisions, but the task is never insurmountable. This may be the game’s greatest strength. With a remastered visual presentation, and its easier-than-most difficulty curve, Final Fantasy X HD Remaster may be the perfect game to bring new players into the fold. 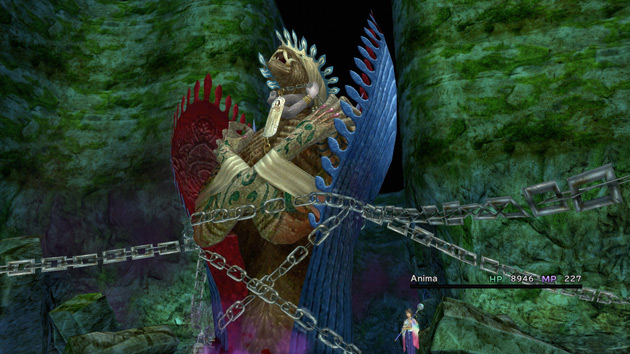 If you have ever been interested in playing a Final Fantasy game, but you were put off by the thought and prospect of certain gameplay ideas, please give Final Fantasy X a chance. Now that it will work on your PlayStation 3, and it comes with a host of new and extra material, you will truly get to experience some of the best Square Enix and the franchise as a whole has to offer.

While I started playing just out of curiosity to test the new game and its improvements, I quickly became sucked into the winding story of Tidus, Yuna and the various people involved in their lives as they try to save the world of Spira. It truly is a great game, and with its new visual appeal, there is essentially no reason I couldn’t recommend it to any player, new or old.