So this chick from KU made a post on Facebook that she was looking for a boyfriend, though it was only meant as a joke. Later that day, she received the following “application” under her dorm door from a guy friend she goes to school with.

Included in this guy’s application was the hysterical cover letter seen below, as well as his “references”.. 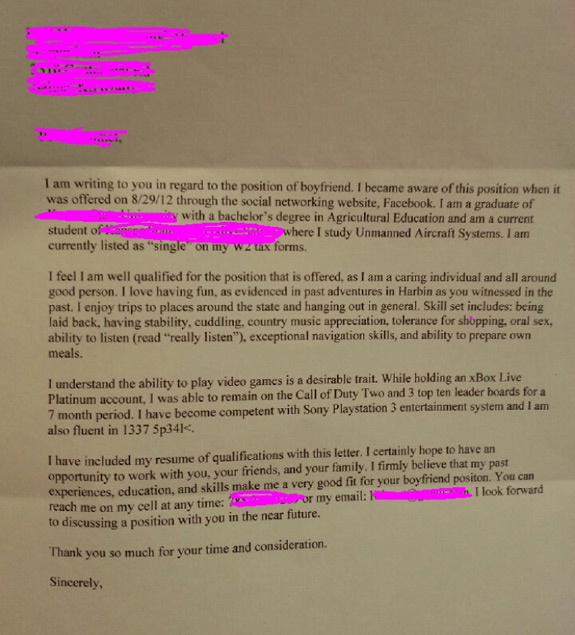 Awesome, right? His list of skills had me cracking up!

Mo Farah Running Away From Things