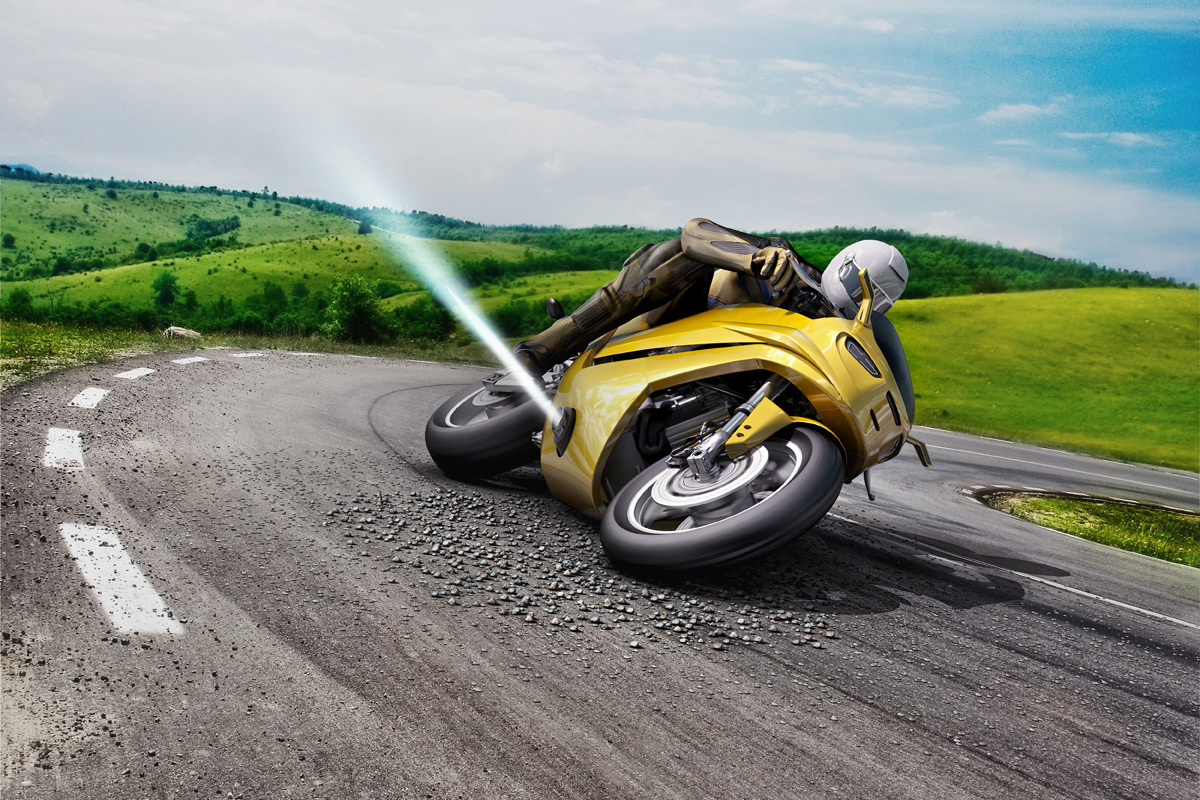 One of the most common types of motorcycle crashes is when your tires lose traction around a curve, causing your wheels slide out from under you. These “lowside” crashes typically happen wne you’re coming into a corner too hot, or when you hit a slippery spot while turning. Either way, it’s nearly impossible to correct once it starts happening… until now.

The folks at Bosch are working on a new experimental technology that uses air jets to prevent this from happen. Yes, you read that right, air jets.

Bosch’s “skid mitigation research project” keeps you right side up when things go sideways. In a scenario where the road is slippery due to gravel, oil, or wet pavement, the tires simply can’t provide enough lateral force to keep the bike upright. Bosch’s solution is a simple, yet genius one. It uses a sensor to detects sideways wheel slip, and if it thinks you’re going down, a jet of compressed air shoots out to counteract the skid, keeping you and your bike upright.

You’ve seen the same idea in movies, except usually its a spaceship shooting a jet to orient itself. Now this concept can help motorcyclists avoid injury here on Earth.

The air jet uses the same type of gas charge as car airbags, directed through a nozzle that aims the charge to counteract the skid. As you may have guessed, the only downside is that the air jet can only be deployed once. Still, it’s better than not having it at all.

Five Of The Best Superbikes On The Market Today

Pabst Blue Ribbon Custom Motorcycle To Be Auctioned Off For Charity