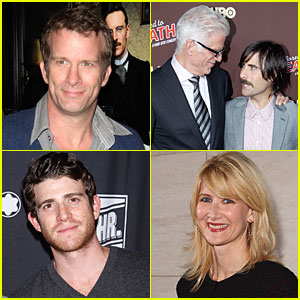 I’m putzing around Twitter, and I see an announcement that stops me in my tracks:

HBO cancels ‘Bored to Death,’ ‘Hung,’ ‘How to Make It in America’

I hoped that this was just another Internet rumor, but Bryan Greenberg confirmed the bad news on his Twitter account.

With a slate of upcoming series, the cable network decided to clean house, making room on its schedule by ending the runs of the three low-rated comedies. (Never mind the fact that they kept Enlightened, which drew even lower numbers)

So I went ahead and cancelled my HBO subscription, as these were the only three shows I watched. (I was a devoted Entourage fan, but that ended over the summer)