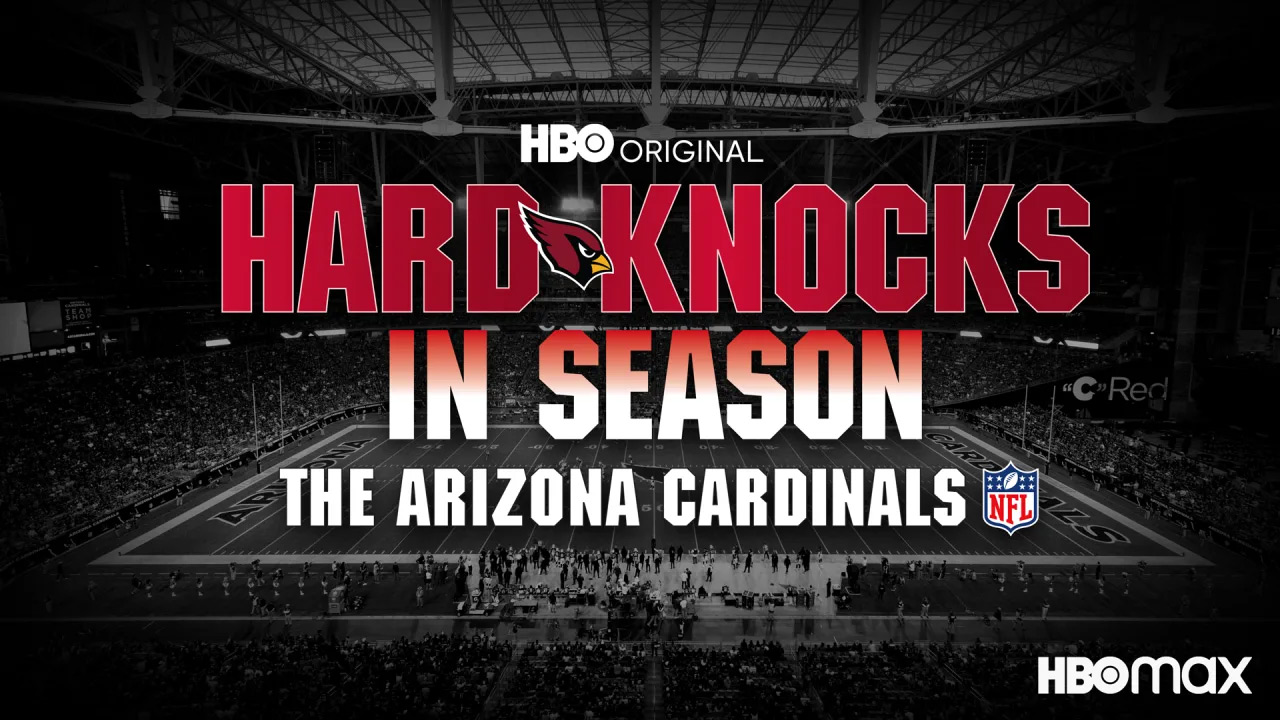 HBO will debut Hard Knocks In Season: The Arizona Cardinals this fall through a partnership between HBO Sports and NFL Films.

The series, which has won 18 Emmys, will present its signature behind-the-scenes coverage, detailing the NFC West contenders as they battle to return to the playoffs and possibly do at least one better next season.

The Cardinals got off to a blazing start in 2021 before cooling down midway but making it to the playoffs, where they failed epically. They’ve since brought in star wide receiver Marquise “Hollywood” Brown and it will be interesting to see how they get back to work next term. Arizona will open 2022 with a game against the Kansas City Chiefs and are 13/10 to win. It’s worth noting that Arizona has great sportsbooks for the NFL like Fubo so fans could head there for all their betting needs when it comes to the Cards.

Meanwhile, Hard Knocks In Season: The Arizona Cardinals will be available on HBO and HBO Max during the upcoming NFL season, which kicks off in November.

“Last season Hard Knocks made an unprecedented leap, documenting an NFL regular season in real time for the first time ever with the Indianapolis Colts,” Keith Cossrow, NFL Films Vice President and Senior Coordinating Producer, said. “It was a vivid and illuminating look at the life of an NFL team. This season, we are eager to build on that success and go even further with one of the most exciting teams in the NFL. We can’t wait to get to work in Arizona, and we thank Michael Bidwill, Steve Keim, Coach Kingsbury, and the entire Cardinals organization for this opportunity.”

“We’re excited to feature the Arizona Cardinals on Hard Knocks during the NFL regular season in the upcoming installment of Hard Knocks In Season,” Nancy Abraham and Lisa Heller, Co-Heads Of HBO Documentary & Family Programming, added. “We couldn’t be happier to continue to expand our tremendously successful partnership with the NFL and grow the Hard Knocks experience for our viewers. We’re thrilled that the Cardinals will be joining the roster of teams that have graciously invited our audiences into their world.”

This will be the first time the Cardinals appear on Hard Knocks since the franchise launched in 2001.

The preseason edition will resume with the Detroit Lions for a five-episode run of Hard Knocks Training Camp, which debuts on August 9.

Being involved in such a venture could come with plenty of distractions but Cardinals head coach Kliff Kingsbury is hoping to use the extra attention that will be paid to his team as motivation.

“I think it’s exciting,” he said. “Any time you get a chance to highlight some of the great people we have in this building, not just players but coaches, staff, and kind of tell their stories, see a different side of them. I think it will be really good TV.”

Although this will be the first time the Cardinals will be under the Hard Knocks microscope, while they’ll also be just the second team to participate in the in-season iteration, they will not be heading into it with no clue as to what’s happening.

Kingsbury has consulted Indiana Colts general manager Chris Ballard, with the Colts just finishing up as the first Hard Knocks In Season team.

“There’s some positives and some negatives but they were 3-5, when the show came they won six out of seven and felt like it was kind of a shot in the arm I think having them come in,” Kingsbury added. “We’ll see but it should be a pretty cool experience.

“I think it’s something you have to go through to really figure it out. I think each case will be different.

“In my experience, any time a camera’s around, people tend to step up and be on their Ps and Qs a little bit more. I think it can be a real positive in that stretch of the season for us.”

Cardinals fans should be pleased to hear this as Kingsbury doesn’t exactly have a great record when it comes to the second half of a season. If last term was anything to go by, there’s reason for concern.

There is hope that everything could come together for the Cards in 2022. DeAndre Hopkins will be returning and they’re likely to add more talent before the season begins – though only time will tell whether having cameras around will be a positive for the team.

What Is Lacrosse And How Do You Play It?