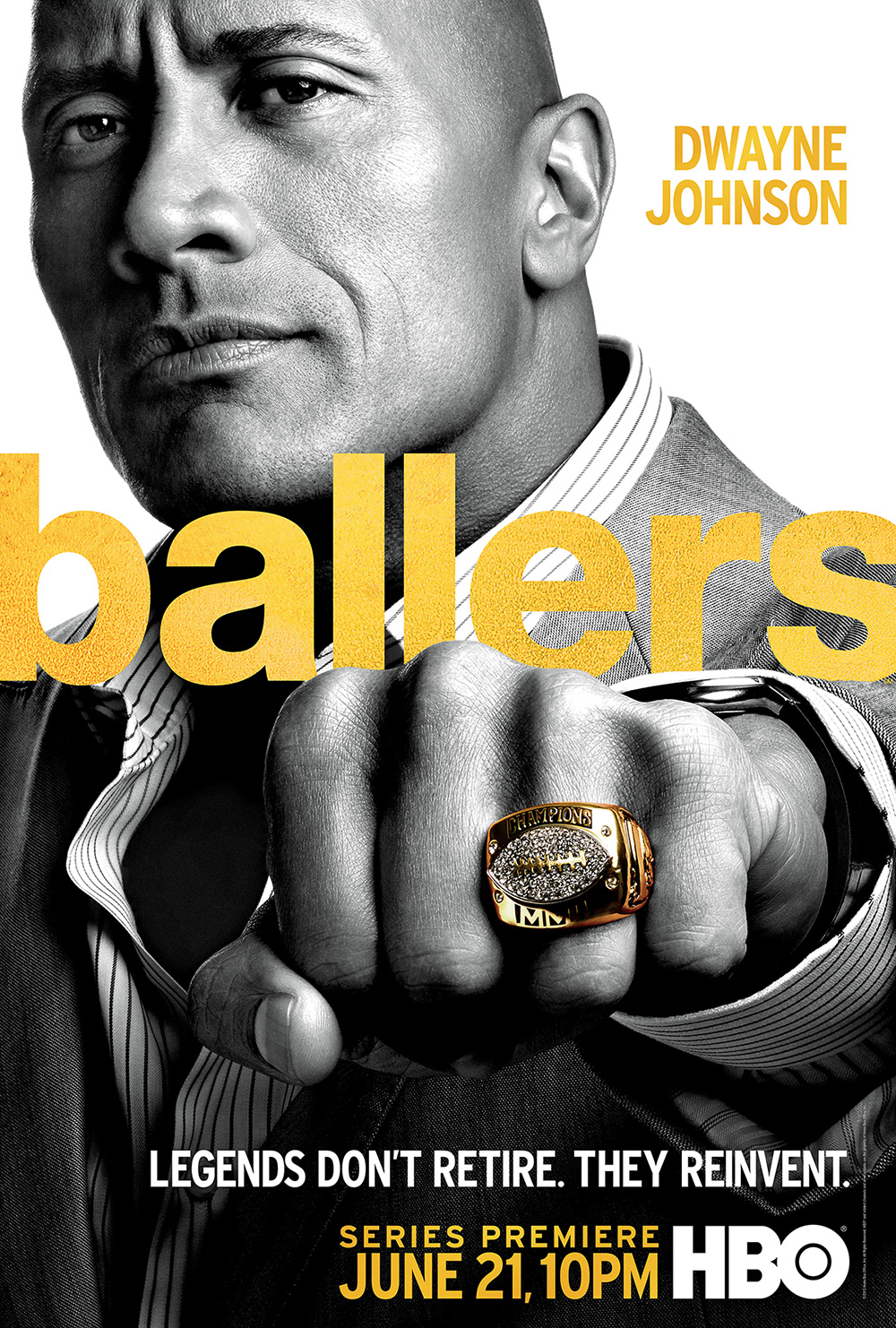 If nothing else, HBO’s new series Ballers certainly cements the fact that in this day and age, any actor is fair game for television. Fresh off of staring roles in massive hits Furious 7 and San Andreas, Dwayne Johnson certainly does not need this show. Yet he choose to dedicate a large chunk of his busy schedule to joining some of the creators of the wildly popular Entourage in exploring the underbelly of the sports world. Or, more accurately, exploring how apparently famous athletes score a lot of tail and have financial issues. Who knew?

This first episode certainly didn’t delve much deeper than that. We have Spencer Strasmore (Johnson), a retired Miami Dolphins player who now spends his time acting as a financial advisor/fixer for troubled athletes. We find him mentoring Ricky Jerret (John David Washington), a troubled player who finds himself getting cut from the Green Bay Packers after getting into a fight in a bar. As Spencer searches for a solution, we also are introduced to Charles Greane (Omar Benson Miller) another retired player in desperate need of a job, even if he’s not exactly sure what kind of non-football skills he possesses.

Thus far, Ballers seems to be empty calories, which is unsurprising considering it’s creative team. There’s a whole lot of attractive people driving nice cars and doing other rich people things, but there just doesn’t seem to be anything at it’s core, and even at Entourage’s most superficial, it at least had the engaging relationship between it’s leads to fall back on. While Johnson is always eminently watchable, the writing just isn’t there to support Spencer as a character. A great deal of this episode is spent with him motivating or lecturing people, but the insight he has to offer is so cookie cutter and generic that it feels like he’s reading motivational cue cards instead of acting like a savvy businessman. A character like this should ooze intelligence, so we want to follow him into this world, and thus far, Spencer is falling flat.

Meanwhile, none of the supporting characters or their conflicts seem terribly interesting either. Ricky is every devoutly spiritual loose cannon ever put on film, and Charles is just so terribly cheek squeezingly earnest that he might as well be wallpaper. Both of the arcs in this episode start and end in exactly the way you’d expect them to, with only one dangling thread towards the end of the episode providing any incentive to return for next week’s episode.

I really wish there was more to say about Ballers. The idea of Johnson playing a character like this is such a novel one that still has great potential, but this show is going to have to majorly step it up in nearly all areas to hold my interest. It’s not particularly funny or engaging on a dramatic level, acting more as an odd power fantasy than anything else, and frankly, there have been too many fantastic power fantasies on TV to accept this mediocre one. The jury is out for how this show will ultimately pan out, but for now, if you’re craving HBO, stick with the far more interesting True Detective.