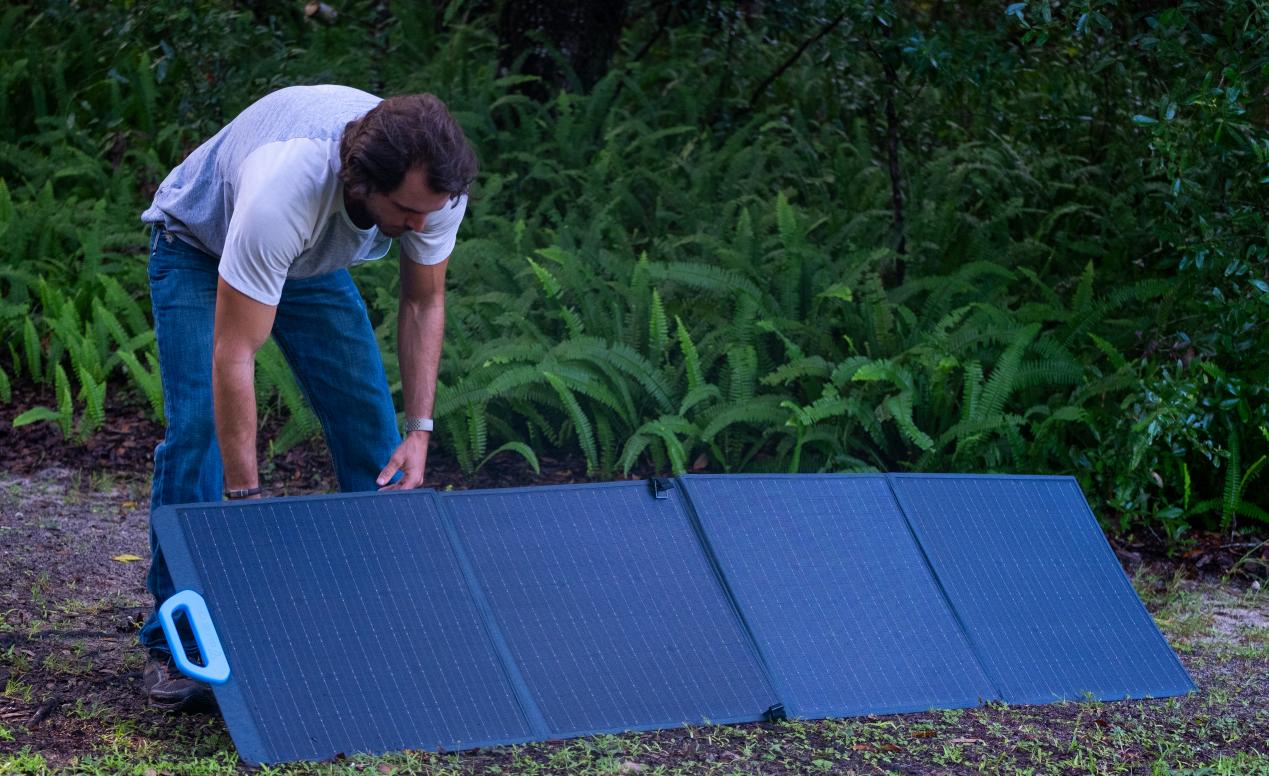 If you’re looking to leave behind the daily stresses of life, there’s nothing like heading out into the wilderness or hitting the open road. But when your emergency weather radio battery runs low or your phone is down to a 5% charge, that changes everything. Portable solar panels and solar generators are a great way to keep you powered when dry camping or during the off-grid excursion. With these, you can easily dip your toes in the solar power waters.

With portable solar panels, you can can easily set them up when you’re out exploring nature, allowing them to collect some much-needed electricity to power things back at camp when you return. Portable solar systems are also a great way to complement an existing installation of rooftop panels.

BLUETTI, who is well known for their line of power stations, is also in the solar panel business. They released their first solar panel, the SP120, back in July 2020 to accompany their AC200 power station. And earlier this year, they introduced the bigger 200-watt SP200 with their first household power center EP500/Pro. Both the BLUETTI SP120 and SP200 are widely loved by solar generator users around the world.

Now, BLUETTI has updated their solar panel product line with two brand new arrivals – the PV120 and the PV200 along with their new expandable power stations AC300 and AC200MAX, which we’ve written about previously. You might be wondering how these new solar panels compare to their previous SP solar panels. This table helps break it down for you: 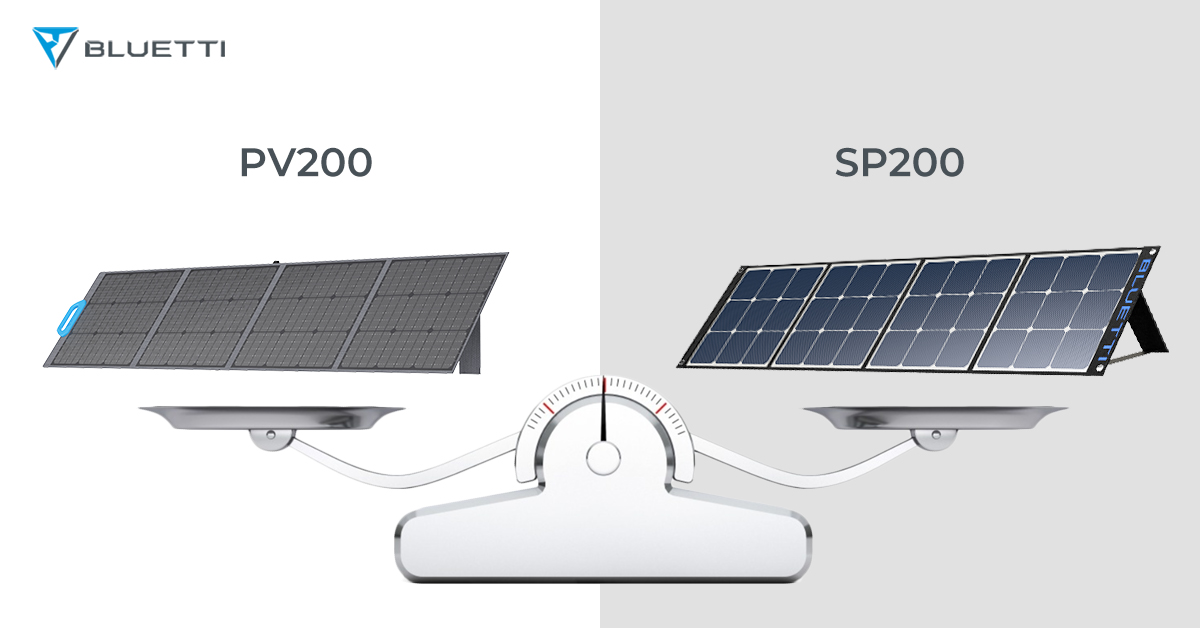 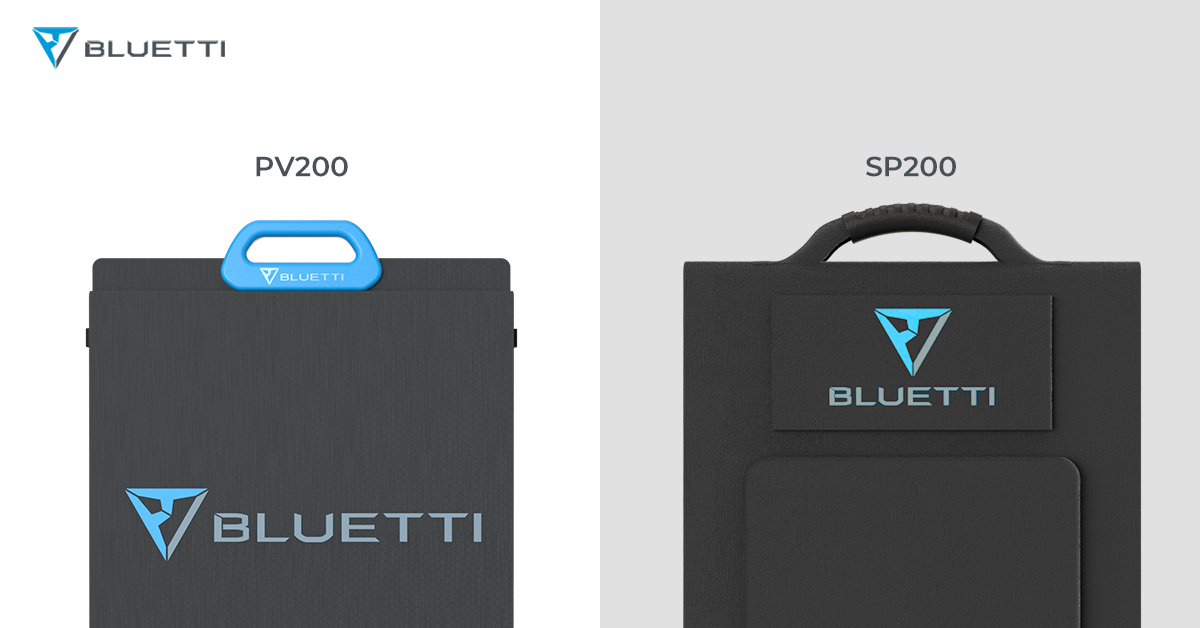 The PV series has an integrated handle made from blue ABS material and a smaller logo on it, adding to the more modish design, while the SP series has black rubber handles and a much more eye-catching “BLUETTI” logo on the end of each panel.

The PV series features a one-piece waterproof coating design that encapsulates all of the solar cells, while the panels on the SP series are stitched together on one giant raw canvas. The PV series also removed the metal rings (used for hanging up the solar panel with rope or hooks) that can be found on the SP series. 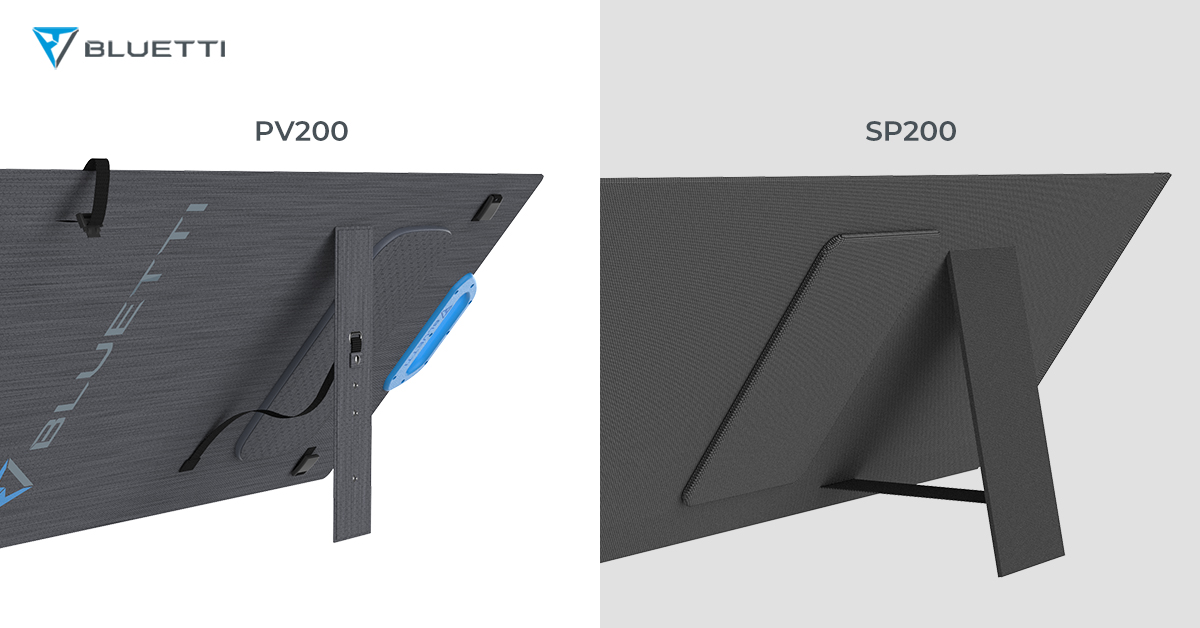 The kickstand of the PV series features a new snap fastener design, which allows the solar panel more angle adjusting options. Both the PV and SP series are about the same dimensions. However, the PV solar panels are slightly heavier (by about 2 pounds) due to the advanced waterproof coating. 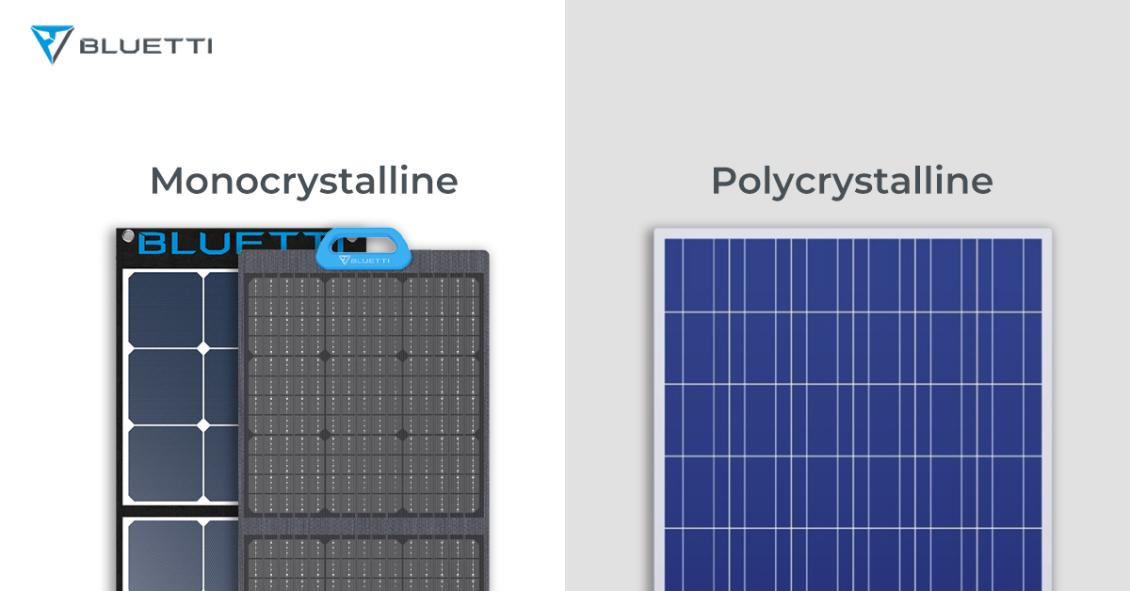 Before we get into the solar panel efficiency, it’s important to mention that monocrystalline solar battery cells are arguably the most effective because they’re able to produce a high amount of power even when there’s not much sun out. Monocrystalline solar panels are the best in terms of efficiency. While they’re more expensive than polycrystalline or amorphous panels, they’re usually the most durable and least sensitive to high temperatures.

As such, both BLUETTI’s PV and SP solar panels are made of monocrystalline, which brings similar overall efficiency of around 23%-24%. It’s safe to say that they are all the best portable panels in this industry. 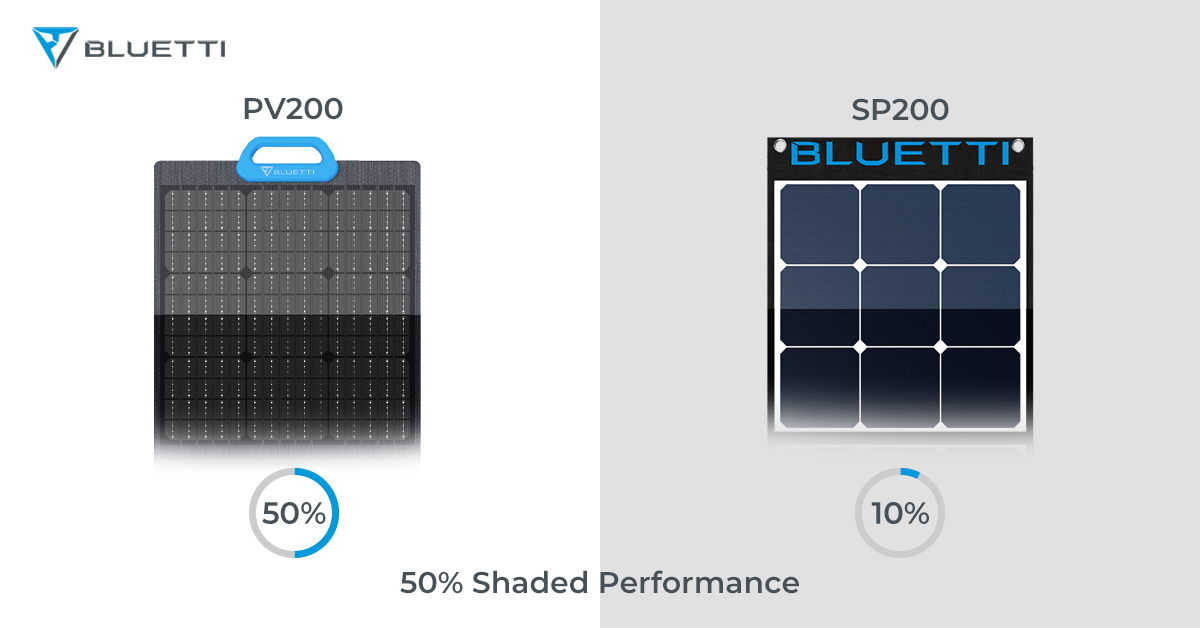 Shade is your enemy when it comes to solar power. Partial shading of the system also matters as all panels in a section need to run at the same voltage; if one panel is shaded even partially, this will bring down the production of the whole system. We’ve also encountered this issue with BLUETTI’s SP200 panels, 10% of area shading may cause a shockingly 40% or more power loss to the whole solar array, The same thing can happen with panels from other brands.

Lucky for us, BLUETTI improved the PV series by changing the connection type of solar battery cells from series connection to parallel! Which means each circuit on the panel can run as an individual and at the same voltage, you will only lost the power of the area with shadows but the impact to your whole system would be nominal. That’s a big deal. 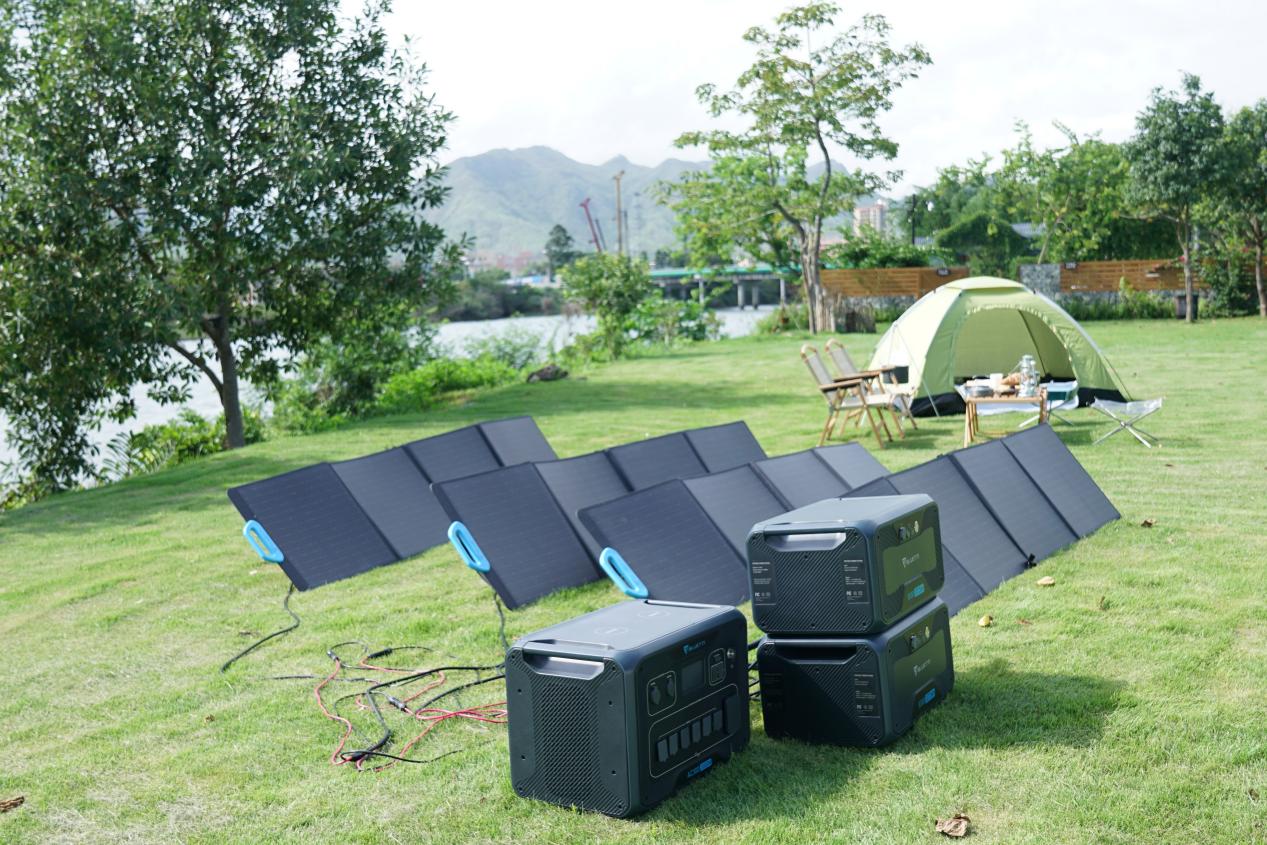 This sale ends at 7PM PDT on September 30, so don’t wait too long to take advantage of this deal. If you’re interested, click here to purchase your solar panels now.

Related Topics:BLUETTIsolar panels
Up Next