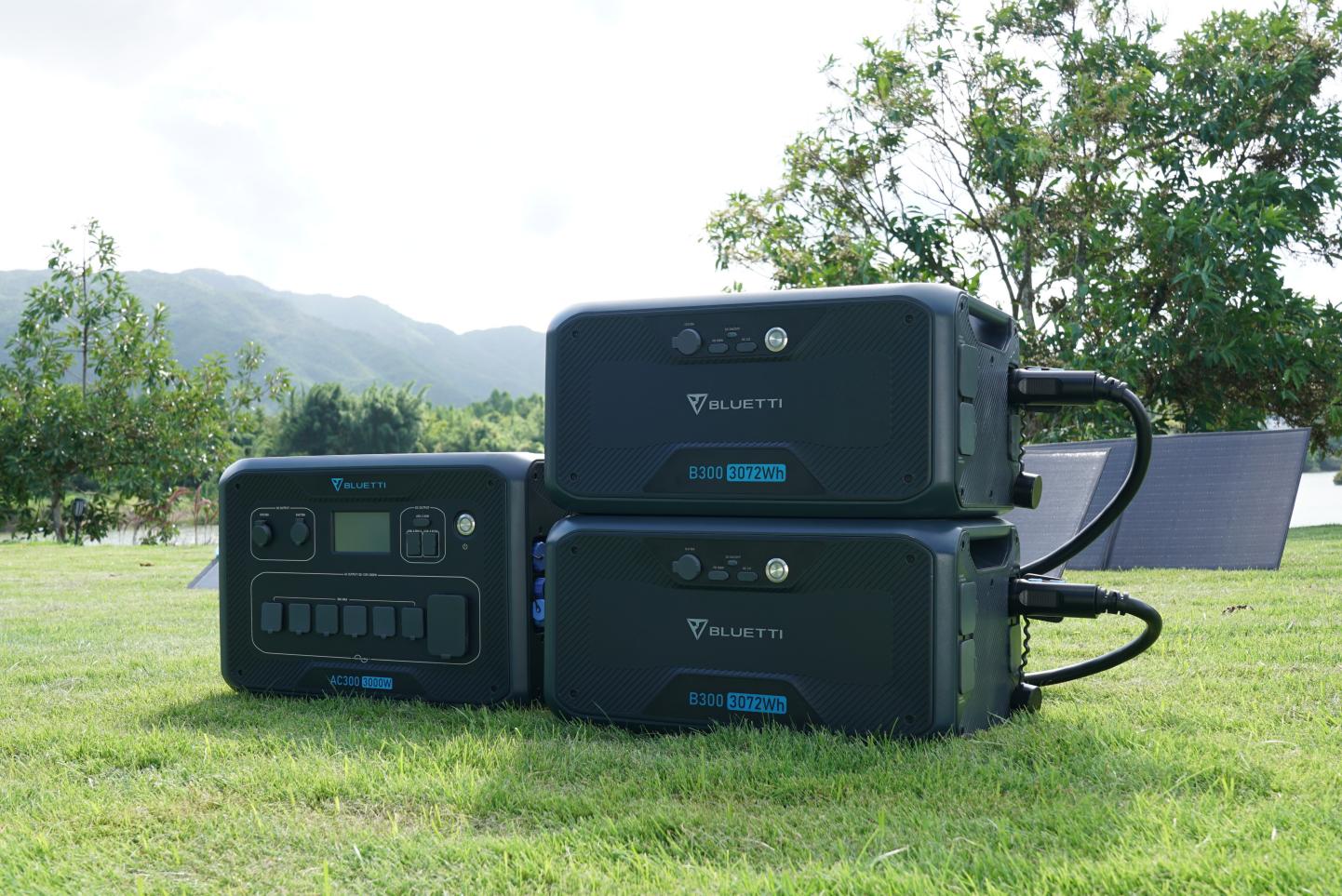 Back in July, we told you about the BLUETTI AC300, the company’s innovative modular solar power station, which ditches the traditional internal battery pack and instead uses individual battery modules. This modular approach not only significantly reduces the weight of the unit, but it allows you to decide how much or how little power you’ll need for your next outing and pack accordingly.

As you can imagine, word spread fast about the AC300 (and it’s accompanying B300 battery module), getting particular notice from portable solar power users based in California, Texas, Florida, and New York. And given the disruptive weather that CA, TX and FL get, it’s easy to see why they’re interested in a solar powered generator. No idea about New York though..

Regardless, after two long months of waiting, the BLUETTI AC300 and B300 are finally here!

Benefits Of A Solar Generator Over A Gas Generator, And Why Everyone Should Go Solar 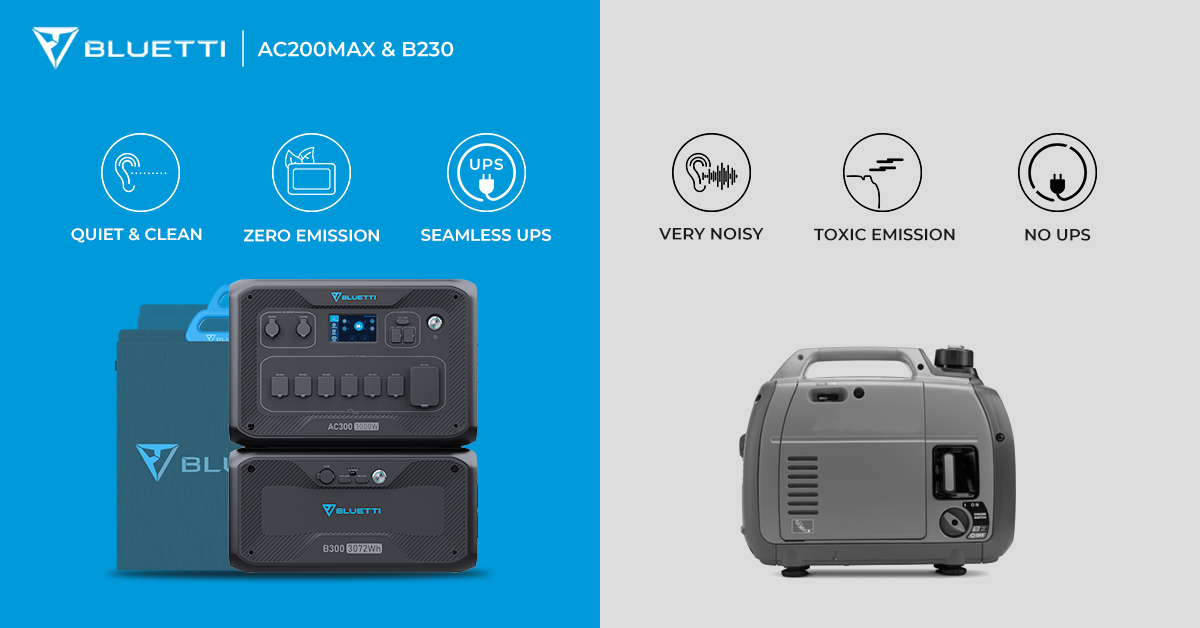 With a solar generator, you’re basically getting free energy from the sun instead of using costly fossil fuels. And you can get this free energy for the life of your solar panels, which is usually around 25 to 30 years. And since solar generators have no moving parts and don’t use a liquid fuel, the likelihood of needing to pay for any types of repairs is significantly lower.

Another thing to consider is that gas is not always easy to get after a natural disaster. When a recent hurricane took out power in much of Florida, people couldn’t get gas for their cars.. or their gas generators, because the pumps run on electricity! That’s a huge problem to have to deal with in the midst of everything else that’s going on.

Then there’s the fact that choosing this green technology over other fossil fueled systems has various environmental and health benefits. Meanwhile, gas powered generators lead to air and noise pollution, and while the latter is just simply annoying, the former contributes to climate change and respiratory diseases.

Lastly, most heavy-duty gas powered generators are heavy and aren’t exactly portable, as they can weigh up to 250lbs. In comparison, BLUETTI’s heavy duty solar powered AC300 weighs a mere 44 pounds and the external battery B300 weighs 74 pounds. Obviously, the less powerful the generator, the lighter it usually weighs, but in general solar generators are way more easier to move around than gas powered generators for the same amount of power density.

Why You Should Choose The BLUETTI AC300 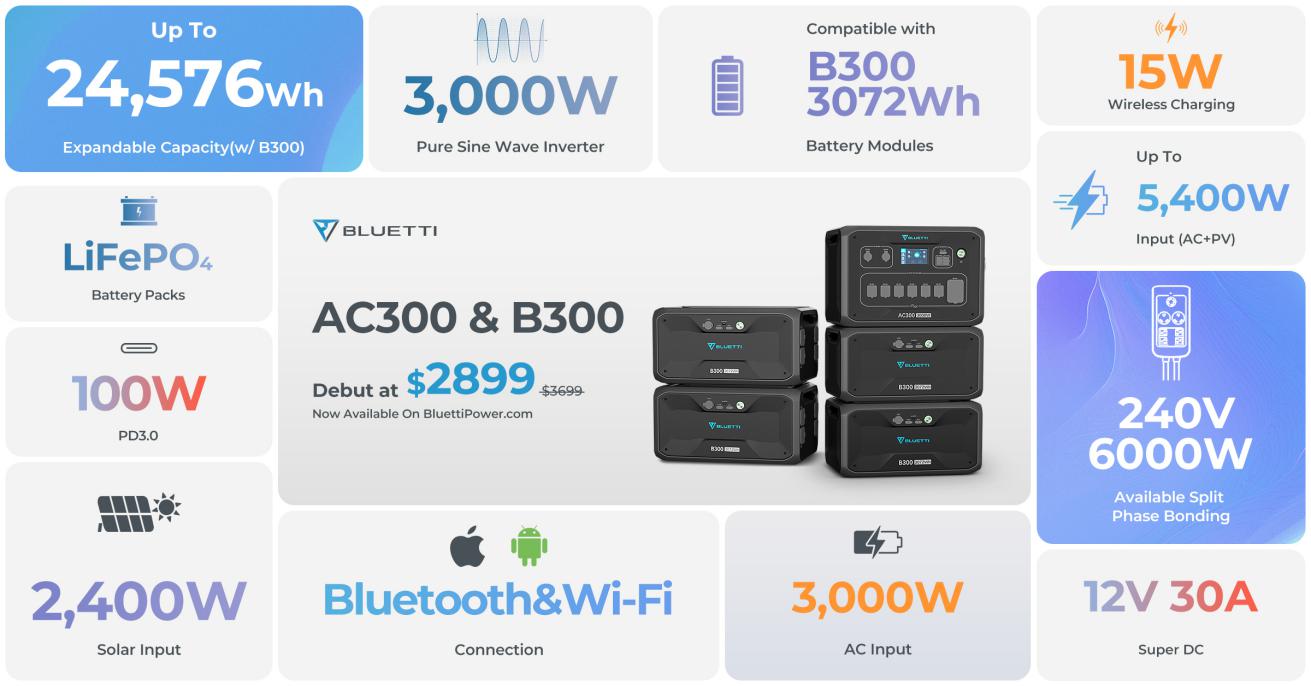 Sold, Where Can I Buy The AC300 And How Is It Delivered? 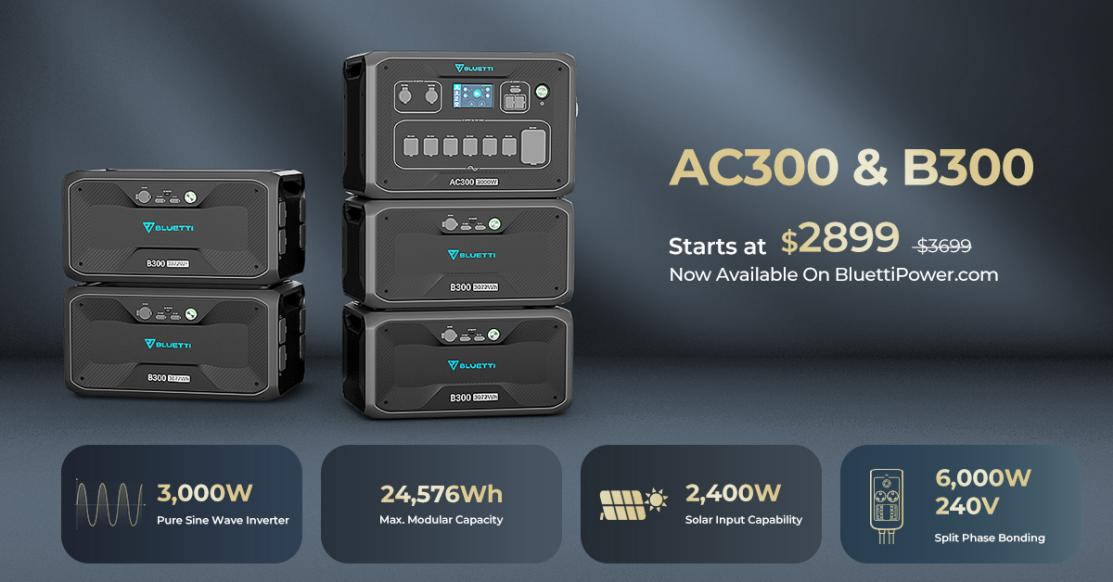 All new BLUETTI products can be purchased from their official website. And if you order right now, you can take advantage of some special pricing:

In addition, you can save more than $1000 when buying certain AC300 solar bundles.

Orders are expected to be delivered in 3-5 weeks, according to BLUETTI.

The BLUETTI AC200 MAX Is Now Back In Stock 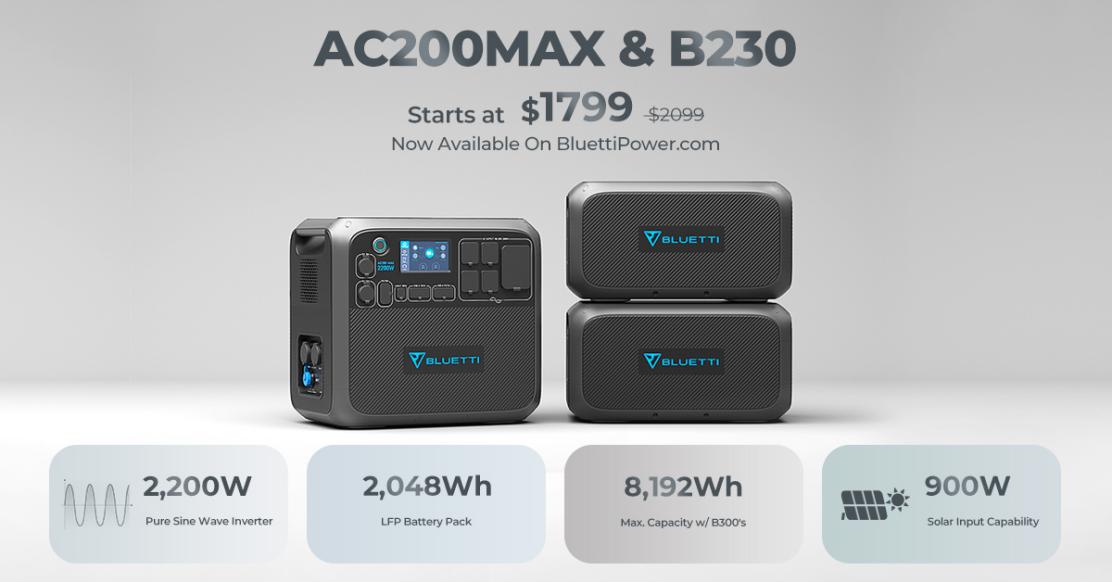 But wait, there’s more! After quickly selling out upon its release, the BLUETTI AC200 MAX and B230 battery modules are both now available for purchased again. For those of you who need a quick refresher, the AC200 MAX has a standard built-in 2,048Wh LFP battery pack (with expandable battery capabilities) – an all-round upgrade of the long loved AC200/P.

For a limited time, BLUETTI is also offering a discount of $300 on the AC200 MAX, bringing it down to $1,799. Additional savings can be made by purchasing bundles.

Needless to say, if you’re looking for raw power, look no further than BLUETTI. Get your power fix at www.bluettipower.com.