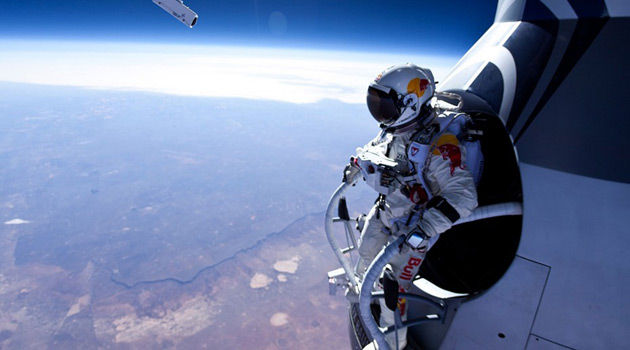 Last year, Felix Baumgartner completed a record breaking jump from the edge of space, with more than 7.1 million people watching the jump live on YouTube. For this generation, it was an event as big as the moon landing back in 1969, and Baumgartner became an instant celebrity.

Now a full year later, Red Bull has released a full POV video of this amazing feat. See through the eyes of Felix Baumgartner as he completes his world record breaking jump from the stratosphere!

Some stats from the jump:

It’s an amazing video that really puts things into perspective, so take 10 minutes and check it out!

Man Gets Ticket For Not Riding In Bike Lane, Films Himself Crashing Into Things