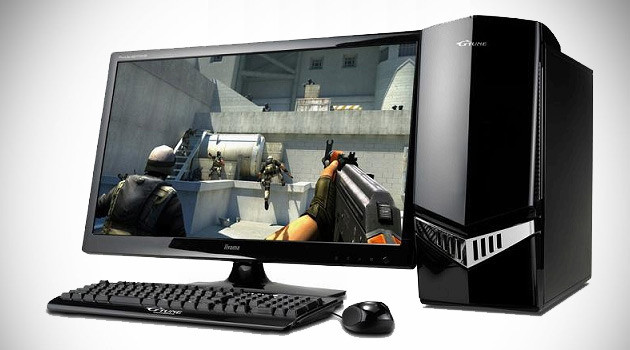 If you’re not a gamer yourself, buying for an avid PC gamer might be a little tough, as many computer games require a specific set of system capabilities to run properly. Because gaming PCs are customizable, a serious gamer has likely made several modifications to his or her system. This is what makes buying PC games more complicated than buying console games: While consoles differ in features, they run on the same operating system. A PlayStation 4 game can be played on any PS4 and an Xbox One game can be played on any Xbox One console.

With PCs, there are hardware conflicts and varying requirements for different games. Sure, while the simplest option would be to ask them which games are compatible with their system, that would ruin the element of surprise. Below is a guide for buying the right game for the right system.

Before you even get down to computer hardware you’ll need to think about the style of game you’re going to buy. This is crucial as a lot of gamers tend to stick to a single genre. Is he mostly interested in sports games? Does she prefer RPG?

Most RPG games will require upgraded hardware, as they’re more immersive and demand more out of the computer. The elements below are described on the boxes or websites of the game you’re looking to buy, if you’re unsure about the game requirements you can also ask a sales associate in the store.

If your gamer’s wishlist includes super-new games like Dragon Age: Inquisition or Battlefield Hardline, you need to make sure he or she has the proper operating system and, if not, you should probably buy a different game as most gaming PCs are already customized to specific standards and upgrades can be costly. But if the requirements of the game and the system are compatible, you’ve got a perfect match.

The most common hardware requirements are:

The operating system is the backbone of the computer. Essentially, it’s the framework of usability.

The biggest operating systems you’ll have to worry about include Windows, Linux and MAC OS. If you buy a game that only serves one of these operating systems, and it’s not the right one, there is no possible way the game will work.

Tip: Windows is the most popular and widely used PC gaming operating system.

RAM is associated with in-game performance. Most PCs are equipped with 4GB or 8GB of RAM, and this will play most games. If the PC you’re buying games for has less RAM than that, then it probably isn’t going to be used to play games in the first place.

Tip: if the gamer runs other computer tasks while playing games, more RAM might not be a bad idea (shoot for 16GB).

The graphics card is the heart of the gaming PC. Most games will tend to push the limits of the graphics card. If the loved one you’re buying the game for is an avid PC gamer, the chances are high that they have a high performing graphics card.

Tip: if it’s an older PC and hasn’t been upgraded, newer games might not work. From PCGamer.com: “On a practical budget, it’s critical to find the graphics card with the best ratio of price to performance. That’s why our recommendation for the best graphics card is the Nvidia GeForce GTX 970.”

Storage comes in two forms: memory and hard drive space. Many of the expansive RPGs will require a lot of installation space. However, when it comes to upgrade ability, hard drive space is the easiest element to upgrade.

Tip: at minimum, a gaming PC should have at least 250GB of storage.

Dual Core vs Quad Core Processors: Which Is Better?