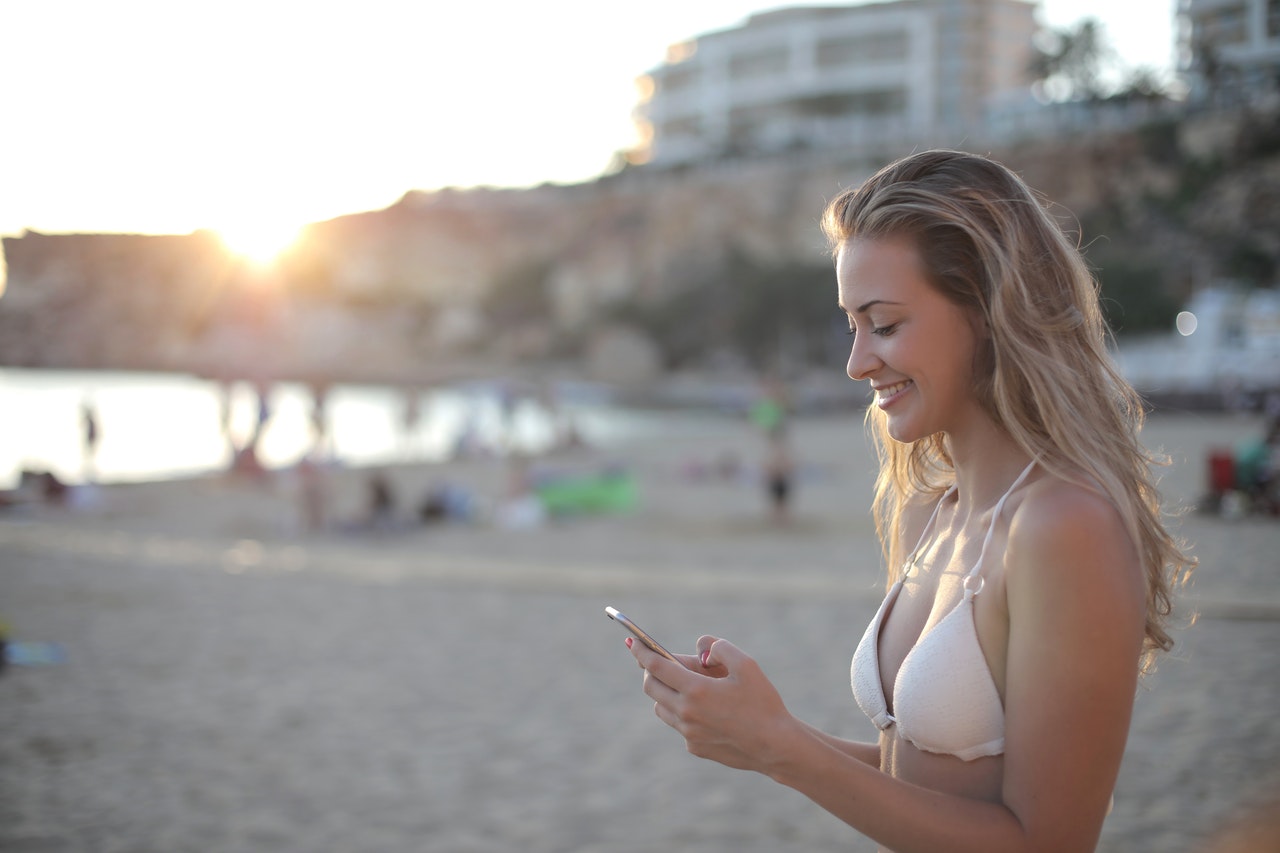 Since this is such a popular topic, I’ve finally decided to put together a small eBook about texting. Today’s article will feature 3 small chapters from that little gem.

She’s Not Replying To Your Texts

If you can force your mind to not care, you’re going to have a much easier time.

With that being said, let’s think about it for a second. Do you always reply to her texts instantly? Aren’t you in the shower sometimes or drinking with your friends or sleeping or working?

This is just the nature of unavailable women who are in fact available but acting their part.

If she’s busy, she’ll get back to you later on with an excuse.

If the excuse seems fake, take a full 2 days to reply back.

Finally, if she’s constantly acting like this, cancels a date once, wait a full 3 days then try again. And if she’s doing it again, just say: “Alright, hit me up when you’ve got more time”.

The moment you say that, believe it in your mind that it’s over. Get used to that idea and start looking for other women.

It has happened to me on countless occasions that she got back to me even after 3 weeks. If she does get back to you after that long, she’s going to have to make it up to you which means, the romantic date she had in mind is now drinks, straight at your place. Trust me, it works.

Example conversation:
Her: Hey, how are you?
You: Hey [Name], long time…I’m just trying to figure what I should do tonight.
Her: Yeah, I was going to say, do you want to grab a few drinks?
You: Sure, my address is [address]. We can grab a few drinks here then see about going out somewhere.

If she gives you an excuse, ignore it and continue to go about your night out plans.

If she gives you an excuse, waits a while but then asks you for a reply:

Then wait and see what happens. She’s usually in the mindset of going out thinking you’ll just agree to whatever but she did just get back to you after 3 weeks so she doesn’t really know what’s going on, she’s thinking…arrgghhh: “Alright, I’m coming”. Also, you were already convinced, 3 weeks ago, that it’s over so either way it’s a win-win for you.

So you decided to go out with your friends and told her:

You: Hey, I’m going out to [Venue] tonight, it’s [Event], come join me, we’re gna have a blast.
Her: Nah, I’m not in the mood, [more excuses].
You: Alright, I’m going to be drinking at my place with some mates, not gna leave in a while, you’ve got time to decide.
You end it there. She’s not going to decide anything but she will often take an hour or so (to shower) then she’ll text you.
Her: Hi, so what’s up?
You: Still home drinking, you’ve got 1 hour to get ready and meet me in front of [Venue].

Her mind is racing now, should I go? Shouldn’t I go? What should I do? Many will reply: “Ok but I need 1 hour and half” You say: “Alright, see you there at [time] xx”.

But others will just:

This will work as long as her excuse isn’t a real buster as in “I got a funeral to go to.” Or…”I have an actual exam at 8 AM.” You need to feel up the first excuse and see that in reality she’s just not in the mood. If that’s the case this pressure tactic works great when it comes to getting her in the mood.

Mind you, some girls will just crash under the pressure, but no real loss, just a number.

So you’re just sitting in your house, texting this girl just to keep a connection going. No dates planned yet but you still have to say something at some point. So you chat and you chat and then she asks you, “What are you doing?”

If it’s in the evening, always have people over. You don’t have to have the people over but she doesn’t know that.

So, she’s out having a beer somewhere in the middle of the week and you’re at home having beers with your mates. You make some funny comments, she laughs you laugh and then you end it.

Then just around the time when she’s about to leave and go home you get a very interesting text.

Her: “So what are you doing?” – Always be wary of this text, if you get it after she already knew what you were doing, ALWAYS PAY ATTENTION and try to work out the reasoning behind it.

Sometimes you feel it early and say: “Waiting for you.” – Bam!

But other times you won’t be as ballsy (especially if you never had a first date with her). So you reply:

You: I just walked my friends out and now I’m just struggling with this last beer.

If she’s up for it she’ll give you more hints:

Her: You’re drinking that beer alone?

Obviously, since you just walked your friends out but she’s trying to give you more hints. It’s here that you should man up and say:

You: Yeah, you want to come join me? / I could use some company.

If you fail to feel these hints, you need to read up on game. But even so, if the chick is determined, she’ll take it all the way and say: “Mind if I join you?” – BAM!

Do You Need Money To Get Women?

The Easiest Way To Make Out With Women