The thing that sucks about the summer is the lack of TV programming, and Friday nights are the worst! So after dinner last night, we picked up a movie from the videostore. What movie? 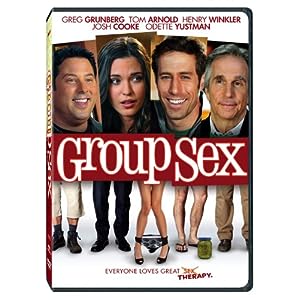 Now get your mind out of the gutter, because it’s not what you think!

The premise of Group Sex is as follows: A single guy discovers that sex addiction isn’t nearly as exciting as it sounds after following a beautiful girl into a group therapy session, and gaining a whole new crop of dysfunctional friends in the process.

If you’re in the mood for a raunchy comedy that’s actually funny, be sure to give Group Sex a shot. Even the misses will like it (if she can get past the title), my g/f couldn’t stop laughing!