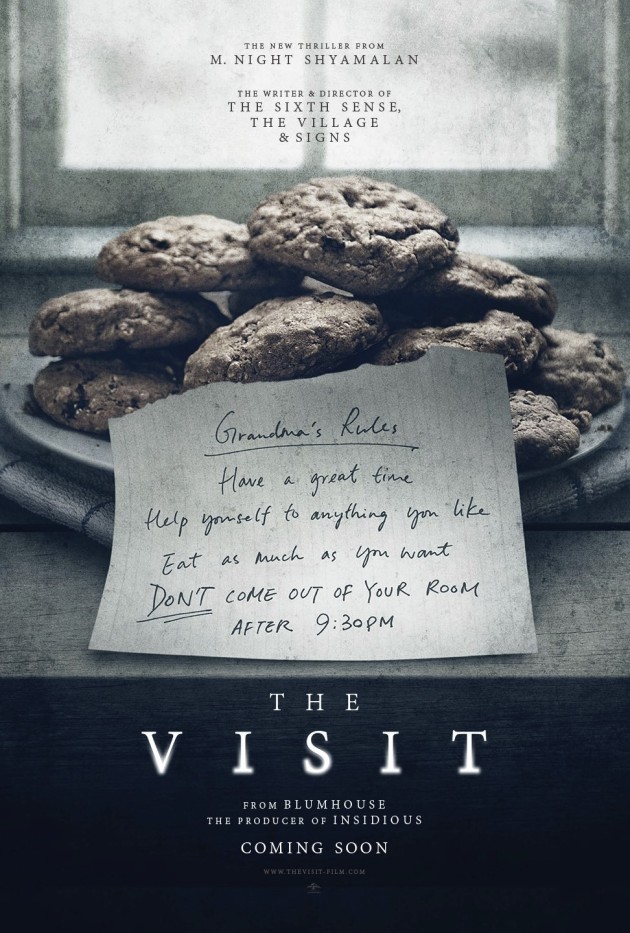 Do I hate M. Night Shyamalan? No. I know that might seem like an impossibility in an age where he might as well be hung like a Christmas ornament outside every movie theater in America, but it’s true. I would attribute that to my typical excuse of off kilter taste, but the fact is, I’ve only for the most part seen the well regarded films of his. Sure Signs and The Last Airbender lived up to their dubious reputations, but I found a great deal to admire and appreciate in Unbreakable and especially The Sixth Sense. Needless to say, I went into this movie much like one would a vacation to see distant relatives. It could veer off into the awkwardly awful, or turn into a pleasant surprise that creates new loved ones.

The Visit centers on Becca (Olivia DeJonge) and Tyler (Ed Oxenbould), two teenage siblings who are sent by their mother (Kathryn Hahn) to see their long lost grandparents. Tyler’s not particularly happy about having no cell reception in the middle of nowhere, but Becca sees this as an opportunity to create a documentary about her elders, hoping to resolve a long standing conflict between them and her mother. Upon arrival, they slowly discover and document the strange tendencies of their Nana (Deanna Dunagan) and Pop Pop (Peter McRobbie). Despite seeming well adjusted and friendly by day, their erratic nighttime behavior clearly illuminates something more sinister at hand. 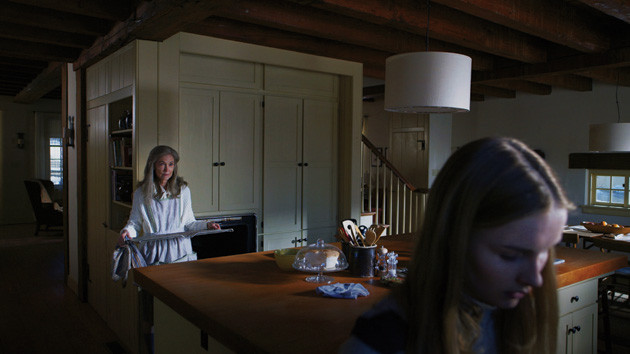 The experience of watching The Visit is like getting a beer with an old high school friend after twenty years. Reveling in the good times, joking about the bad, and daydreaming about hypothetical ways to get everything right if there was a chance to live life over again. From the very first frame, Shyamalan seems to have found new life behind the camera, telling his story in a more creative and playful way than he’s been able to muster in years. Finally, the dour self seriousness that has plagued his recent movies has been augmented with a wicked sense of humor. There is something just so naturally funny about the concept of these two terrifying grandparents. This story like a sick fantasy of a child on their grandma’s porch eating hot cookies while waiting for something more exciting to happen, and that self awareness is what draws the laughs out. Even though the situation these kids are in is exaggerated, it comes from something so incredibly relatable to it’s audience.

The performances don’t miss a beat. Shyamalan wisely employs virtually unknown character actors here, and they all rise to the challenge of this absurd little fable. It would have been very easy to make our two leads into the typical bickering brother/sister duo who devolve into endless bouts of stupidity. However, Becca and Tyler are both extremely well-drawn and performed characters, and its these two actors growing an authentic chemistry that makes us root for them. Olivia DeJonge gives Becca the perfect amount of mid-teen film geek awkwardness and judgmentally. 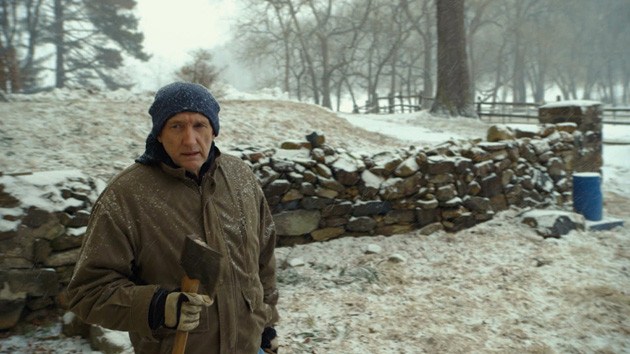 In fact, her character’s determination and passion completely validate the fairly trite use of found footage, and gives the format it’s most organic and character driven home in years. Oxenbould is a charismatic riot as the showy younger brother with a penchant for writing raps. Dunagan and McRobbie are also both riots as the grandparents, the former in particular hurling herself into one of the most demanding roles someone her age has ever had in a horror film. They’re the perfect mix of kindly and scary, leaving the audience caught right in between laughing and shrieking.

As far as the frights go, Shyamalan innovates and excites with his constantly moving camera. He’s like a conductor showing his orchestral audience exactly what terrifying piece of scenery to yell out to next. Each of the horror set-pieces here are not only masterfully executed on a visceral level, but never forget to keep the humor completely injected into the experience. In fact, the only thing that really throws off the groove of the film off is its eventual twist. It’s certainly nothing horrible, and is very easy to shrug off, but it just doesn’t land in quite the way it seems to hope to. Even then, the film is smart enough to poke a little fun at Shyamalan’s penchant for more ridiculous twists, and the climax more than makes up for it. At the end of the day, this is a movie that will create some of the loudest crowds of the year, and at least half of those sounds will be clapping. 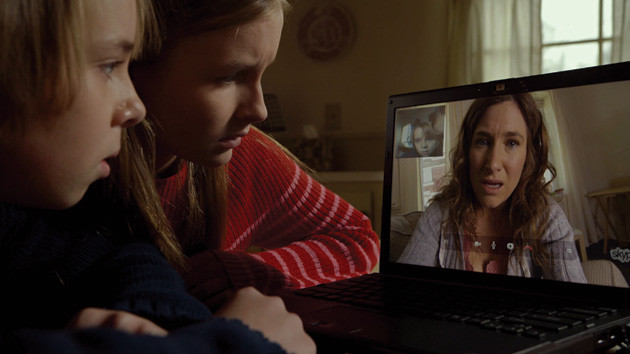 The Visit would be a wonderful movie coming from any filmmaker, but there’s an extra hint of satisfaction in it being such a return to form for Shyamalan. In fact, the movie feels more like a work of Sam Rami or the late Wes Craven, and those influences come off like a nice new outfit that just looks great on the Sixth Sense director. No matter how it’s found, it’ll prove entertaining, but it’s best seen on opening weekend with a big crowd late at night. It’s a film, haunted house, and roller coaster ride thrown into one. Bake some cookies, knit yourself a sweater, and strap in, because the prince of horror has finally made his grand return.

Check Out The Epic Teaser Trailer For Divergent: Allegiant