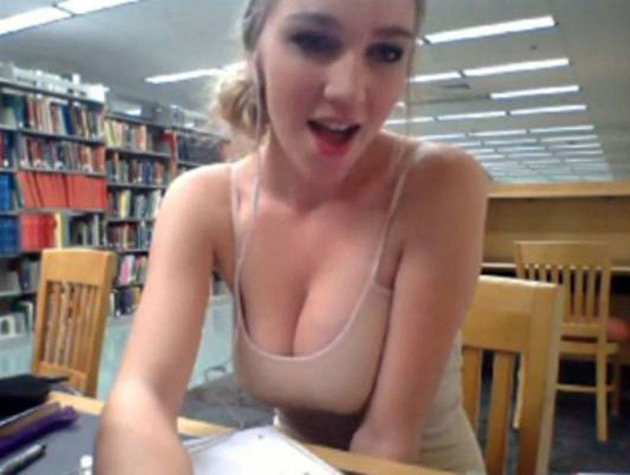 Naturally, it didn’t take long for the previously unidentified self-pleasurer to be outed, and once the 19-year-old Kendra Sunderland was identified, she was arrested on a charge of public indecency for exposing her breasts and touching herself in the 31-minute video.

According to a school spokesperson, she was enrolled at Oregon State University until this spring semester, at which point she dropped out because “it wasn’t what I wanted for my life. I was bored there.”

Something tells me it won’t be long before she follows in the footsteps of fellow students-turned-pornstars like Belle Knox and Mia Khalifa. And if her video and social media pics are any indication, she’ll be a welcomed addition to the adult world!

How Many Shades Of Grey Is Your Home State?

Ways to Enhance Your Solo Sessions