America grew up on meat, potatoes, and pie. If you’ve watched Man vs. Food, you already know this! The wide (can be literal in this case) array of food choices in this country stretch from coast to coast and cover a multitude of regional specialties. Whether it’s “chowdah” in the Northeast or fresh fish caught in the rivers of our nation’s last frontier, the variety of delicious food and drink is enough to tempt any taste buds. 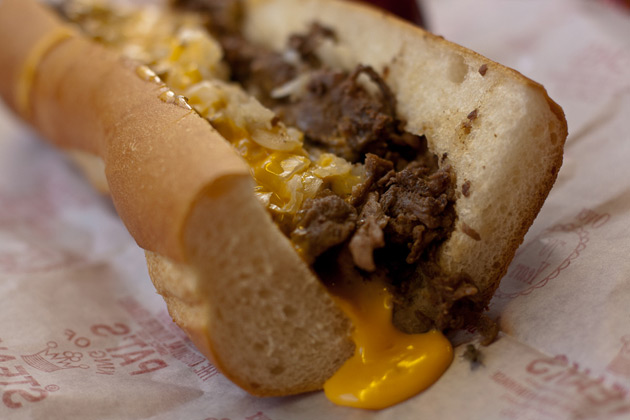 Philadelphia: The signers of the Declaration of Independence probably never imagined that a simple sandwich of beef on a bun could become a national treasure. The Philly cheesesteak can be served a number of ways, but the basics remain the same. Quality beef warm and sliced thin, covered in scrumptious cheese and served on a roll. Pat’s King of Steaks and Jim’s Steaks on the corner of South and 4th Streets in Philadelphia will gladly serve them up with or without onions and your choice of cheese. 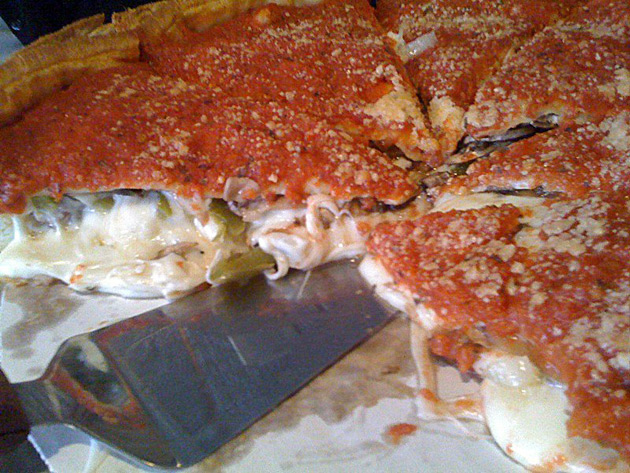 Chicago: Home of Wrigley Field, the Chicago Bears, and the birthplace of deep dish pizza. A trip to the Windy City is just not complete without trying a slice of the savory pie at Lou Malnati’s, located in River North. Tomato sauce over toppings like sausage, pepperoni, mushrooms, crowned with cheese and then baked until golden. No one goes hungry after trying pizza made the Chicago way. 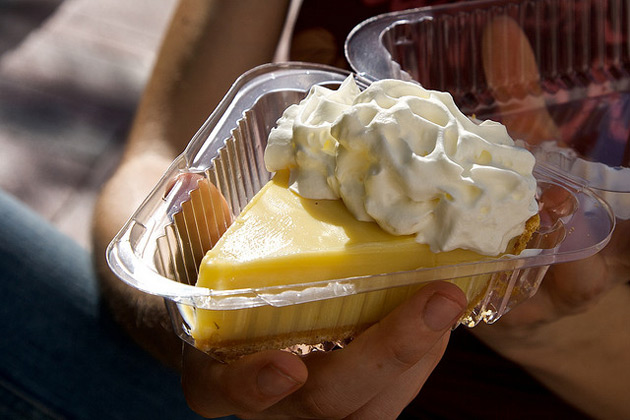 Miami: Surf’s up, and so is the meringue on Miami’s tangy and sweet Key Lime Pie. With a climate suited for beaches, bathing suits and citrus, growing it is no wonder Floridians came up with this cool dessert. Officially honored as the state pie, the Florida Keys produce the limes used in this tropical treat. No baking required since the condensed milk mixed with the acidic lime juice naturally thickens the filling. Visit Florida for the sunshine and the slice of heaven that cannot be found anywhere else. 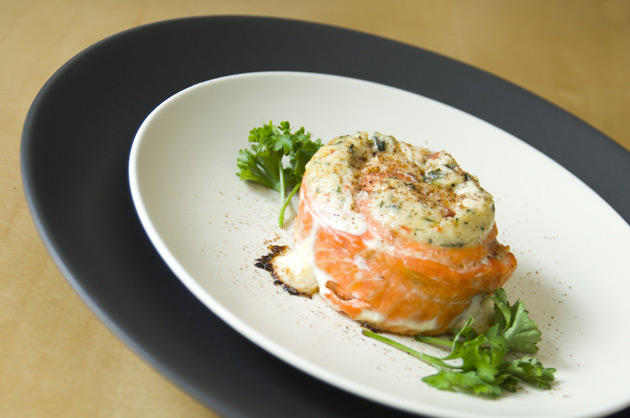 Anchorage: While you might have to fight off a bear to bring in the catch, the best salmon in the world is found in the Alaskan wilderness. The seasonal progression of sockeye, pink and king salmon up the cold waterways leads to many great and healthy meals on the table.

San Francisco: The grapes may whine when they are being pressed, but the result of that process is some of the finest vino in the world. Located just a short drive from San Francisco is the picturesque wine producing region of California. With dozens of vineyards and plenty of taste testing opportunities, finding that perfect palate pleasing blend will not be an issue. 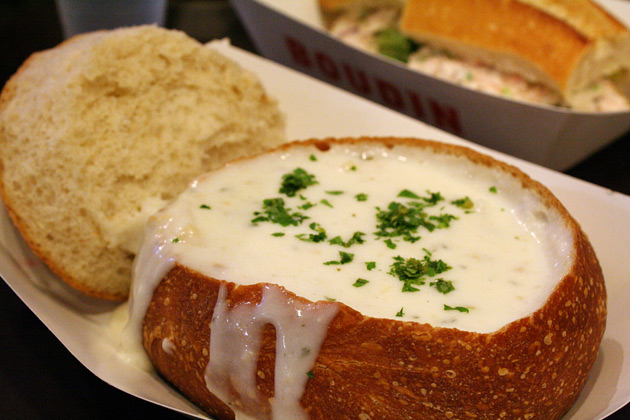 Boston: The British really would have come a running if they had known about the creamy potato and clam filled concoction known as New England Clam Chowder. This regional favorite is found all over the country, but is best when ordered at the oldest restaurant in America. The historic Union Oyster House in Boston serves up steaming bowls of this comfort food and other traditional fare.

San Antonio: Nothing says tail-gate party like a steaming bowl of chili. San Antonio offers up some of the tastiest combinations of the saucy stew which often includes beef, onions, chili peppers, garlic and tomatoes. Texans may say hold the beans, but other regions add them to the pot. This creation has found its way into cook-offs, other dishes and the hearts of fans looking for something to warm them up on a crisp day.

Baltimore: The spiny crustacean known as the crab can be found in all parts of the world. However, there is no place where it is more beloved than the region around the Chesapeake Bay. It is a common sight in restaurants all over Baltimore to see people enjoying a cold beverage and cracking into steamed Maryland blues seasoned with Old Bay. The most popular way to enjoy the delicate meat is patted and fried into crab cakes, but it is also found in cream or tomato based soups. 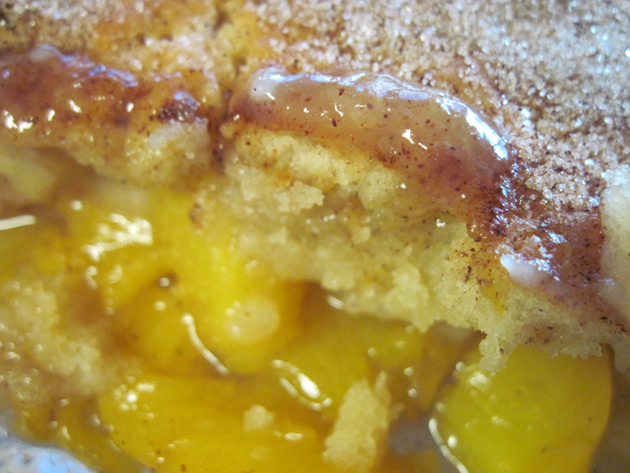 Atlanta: A person can almost taste that warm Georgia sunshine when they dig into a luscious slice of peach cobbler. Carrying on this southern tradition is Mary Mac’s in the heart of Atlanta. Make sure you leave room for the cobbler or simply order dessert first.

Seattle: If it takes a big steaming cup of java to get that motor running in the morning then Seattle, Washington is the place to be. The coffee culture in this northwest city runs the gamut from small corner shops where locals gather to the big chains such as Starbucks and Tully’s. The waterfront is home to Pike Place Market where many head to sip coffee and buy locally grown produce.

New Orleans: No city in the world throws a party like the Big Easy. No dish says New Orleans quite like spicy jambalaya. The French Quarter is home to Coop’s Place, where they serve up this delicious mixture several different ways, including a hearty sausage and rabbit version. 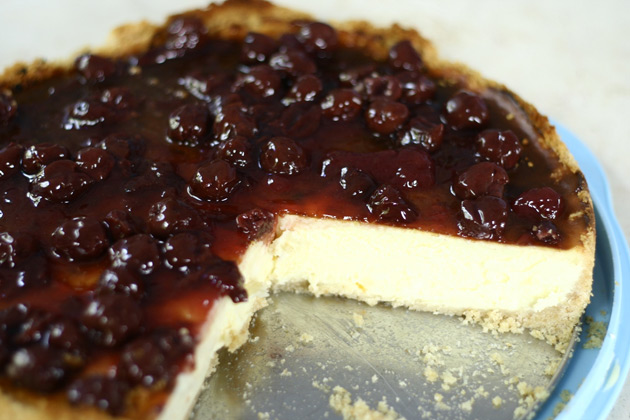 New York City: In the city that never sleeps it’s no problem to find a slice of creamy smooth cheesecake. This rich dessert got its origins with the immigrants who made the city home, but the cake has found a place in the hearts and bellies of Americans everywhere. Topped with fruit or naked it is a fitting end to the perfect meal.

This post is written by HostelBookers, where you can see more of the Taste of America.