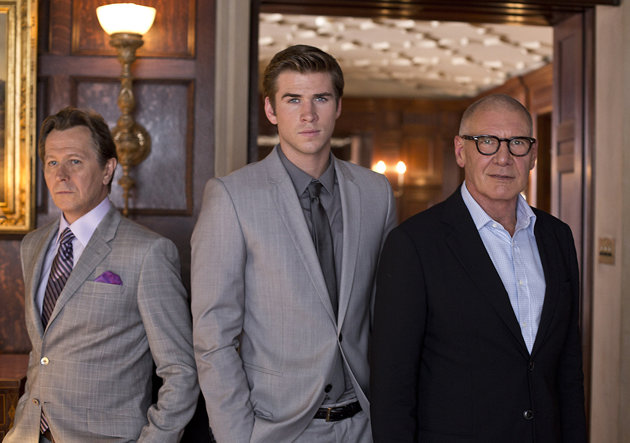 We’ve got your first look at the theatrical trailer for the upcoming film Paranoia. Liam Hemsworth, Harrison Ford, Gary Oldman and Amber Heard star in this highly anticipated espionage thriller based on the best-selling novel by Joseph Finder.

Paranoia takes us deep behind the scenes of global success to a deadly world of greed and deception. The two most powerful tech billionaires in the world (Harrison Ford and Gary Oldman) are bitter rivals with a complicated past who will stop at nothing to destroy each other. A young superstar (Hemsworth), seduced by unlimited wealth and power falls between them, and becomes trapped in the middle of the twists and turns of their life-and-death game of corporate espionage. By the time he realizes his life is in danger, he is in far too deep and knows far too much for them to let him walk away.