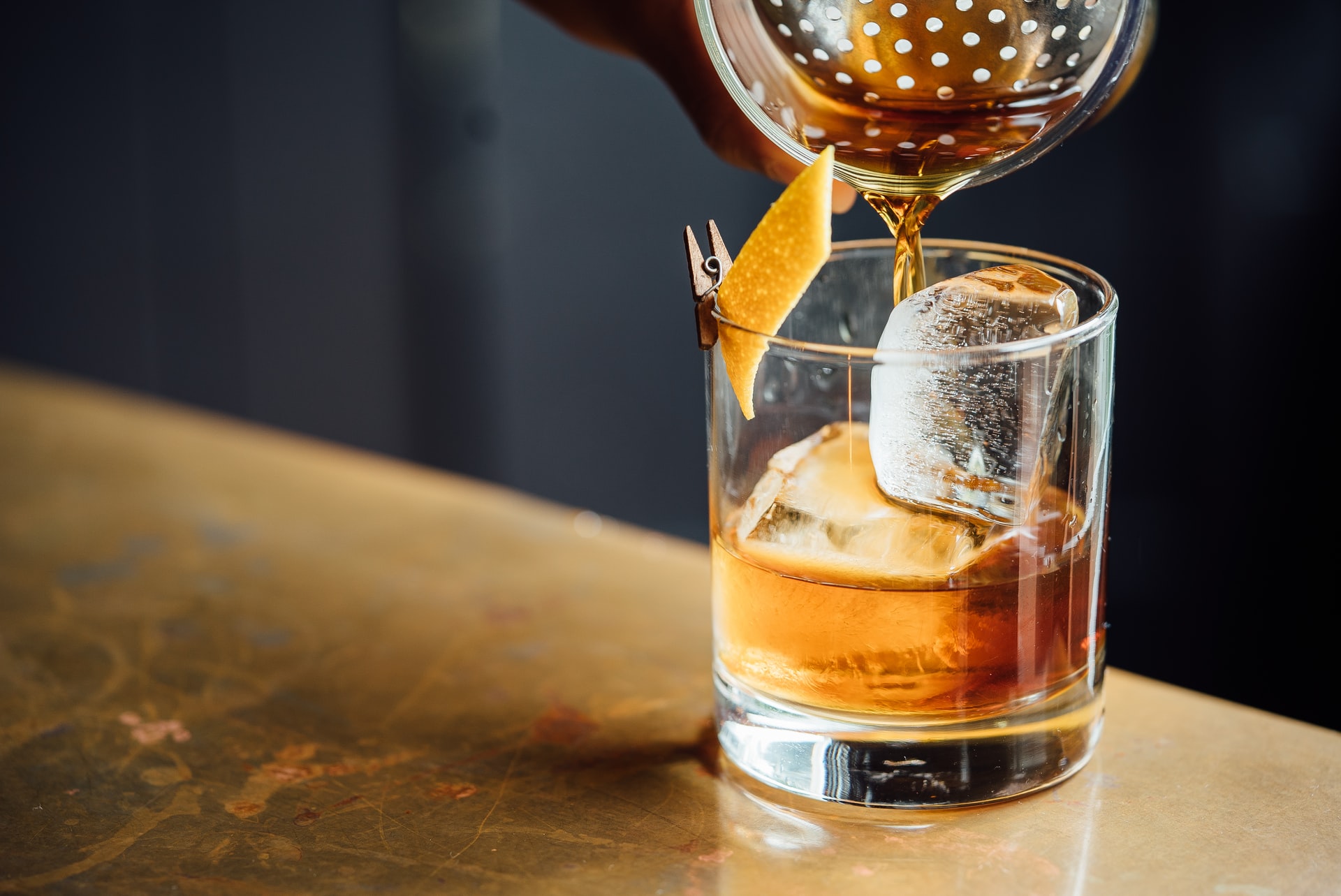 Of all the alcoholic beverages available, whiskey is one of the classics. Ordering a whiskey always feels like a proper ‘grown-up’ drink. But, unless you are a whiskey connoisseur, ordering a whiskey can feel a little intimidating. The different terms used to describe this drink and the vast selection available at your local liquor store can make it almost impossible for the uninitiated to choose a whiskey. If you have no idea how to tell a bourbon from a blend, read on to find out how to get clued up and order your next drink like a seasoned pro.

So, we know that whiskey is an alcoholic beverage. But what are the origins of this traditional drink, and how is it made? Well, whiskey or whisky (more on the two spellings a little later) is believed to hail from the Gaelic term usquebaugh, which means ‘water of life.’

Wondering how whiskey is made? While many alcoholic beverages, such as beer, are brewed, whiskey is distilled. The spirit is made from fermented grain mash, with different combinations of the grains used to create the different blends of whiskey and their flavors. Whiskey is then aged in a wooden barrel, which helps to enhance its flavor.

The drink’s roots can be traced back hundreds of years, and it is believed to have been first produced in the 1400s. Scotland and Ireland are well-known as the original producers of this popular drink. This long-held Gaelic tradition continues to make many of the most prestigious brands available today. Some brands are so highly sought after they can sell for vast sums, with bottles of the spirit sold at auction for up to $2 million.

Whiskey or Whisky – Is there a difference?

Have you noticed that the spelling of this popular spirit is sometimes whiskey and other times whisky? This is not a typo, but instead is a crucial distinction between different types of the drink and its origin. To make matters more confusing, sometimes the spelling is used interchangeably. But the following information should help to clarify the difference between the two spellings:

As well as Irish whiskey, bourbon and rye whiskey (both produced in the United States) use the ‘whiskey’ spelling.

Whisky (without an e) is used in Scotland. The spelling is also used for Canadian, Japanese, and australian whisky.

Whisky production and the terms used to describe whisky are taken very seriously. Scottish whisky is often referred to as Scotch whisky or simply Scotch. However, this term can only be used under UK law if the drink has been produced and bottled in Scotland.

Now you know a little more about whiskey or whisky, there is only one more thing to say… Cheers!