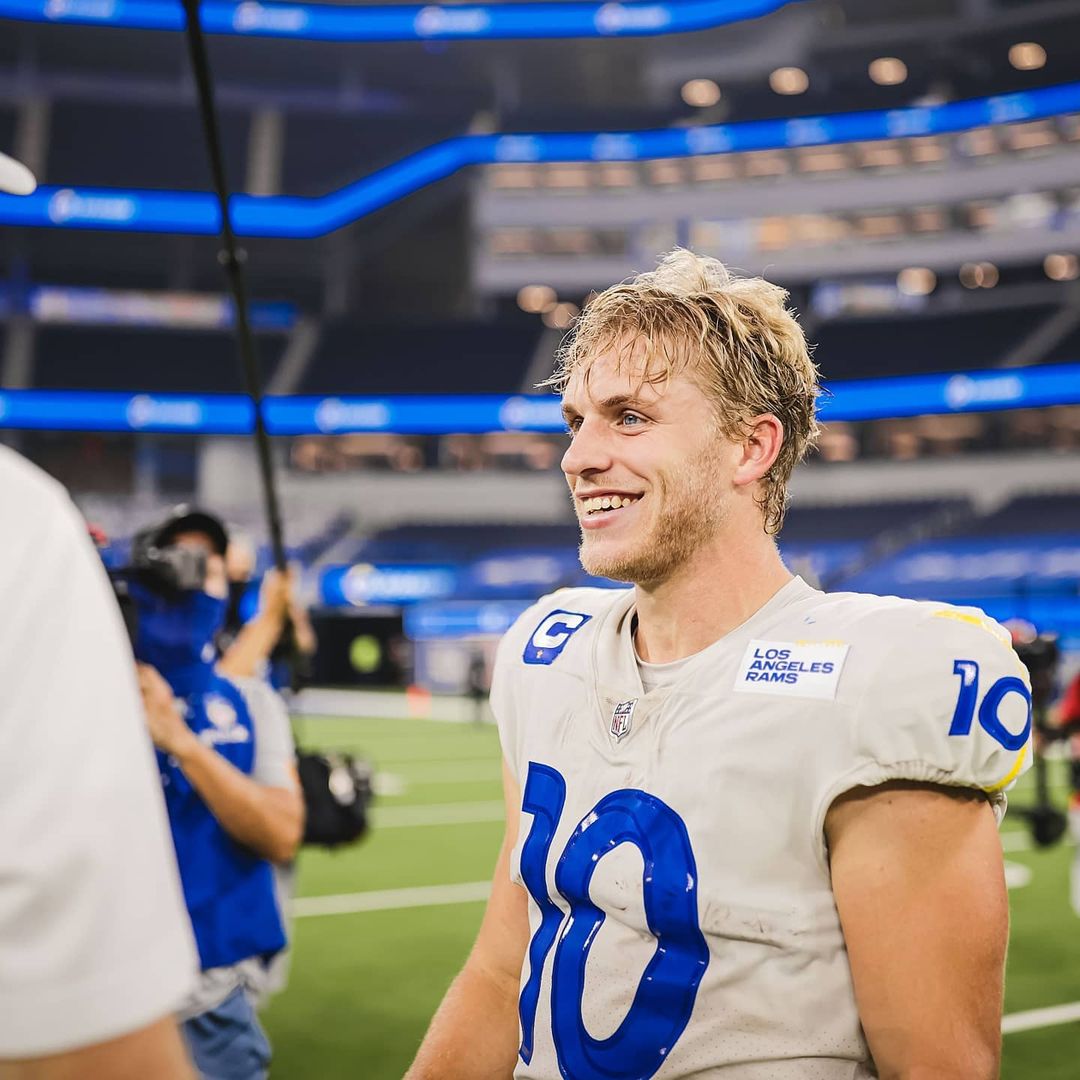 The NFL season is rapidly coming to a close, and that means we have got some big moments to look forward to in the coming weeks, one of those being the Most Valuable Player award. There have been a number of stand-out players this football season, but which ones do you feel are truly worthy of this title?

Here’s a deep dive at the NFL MVP candidates for the 2021-22 NFL season. Take a read and see if you agree with the list.

If you’re not a quarterback, it’s usually a mammoth ask to win the MVP award. We’re still going to throw a couple of names into the mix though. One of those players is Cooper Kupp. Kupp is having a receiving year for the record books at the moment; he leads the league in receptions, receiving yards, and receiving touchdowns whilst averaging 113 yards per game.

Kupp has only had less than 90 yards receiving in one contest all year long and with an extra game added onto the schedule this season he could wind up breaking the 2,000-yard mark. The key to that will be if he stays consistent.

The truth is, Kupp is one of those players who might enter TwinSpires list of the top wide receivers of all time. We hope he still fulfills that potential.

At number four it’s another non-quarterback in Jonathan Taylor. Last year we saw Derrick Henry fail to win the award after a record breaking 2020 season. This year Henry is out injured and Taylor has absolutely dominated things. He leads the league in rushing yards and is the sole reason the Indianapolis Colts have a heartbeat on offense. He has 1,348 rushing yards and 18 total touchdowns including a game against the Buffalo Bills when he scored five times.

Taylor also has 86 first downs which is far and away the most amount in the league. Running backs normally don’t get much pull but if Taylor keeps trucking along and adding to those totals, he will give himself half a chance of scooping the award.

The Dallas Cowboys leader, Dak Prescott, has enjoyed a phenomenal season after returning from a bad ankle injury he suffered last year. Prescott has led the Cowboys to a strong record; to date he has thrown for 3,170 passing yards, 23 touchdowns and only eight interceptions.

With Dallas getting a fairly simple schedule to end the year, Prescott could pad his stats and help his team end with a stellar regular season record. If he does that, he’ll be in the conversation for sure.

Had Kyler Murray not missed a handful of games this season he would be the far and away favourite for the MVP award; it’s an award where fine margins play a huge part and that’s why missed games carry a big impact.

It’s not all about his individual displays though because team success has played a part in his MVP push; the Arizona Cardinals have only lost one game this season with Murray operating as the starting quarterback. Murray also has the highest quarterback rating in the league and is miles ahead of the second highest total. If Arizona captures the top seed and Murray keeps scoring points like he is, he could potentially make up the ground he lost on our top pick.

Health is a major reason that Tom Brady is firmly in the driver’s seat for the MVP award this season. Other top players this year have missed at least a handful of games, while Brady keeps on trucking forward in spite of being 44-years-old.

He leads the league in passing yards, touchdowns and completions. This Tampa Bay Buccaneers offense is stacked with talent and allow him to throw the football on almost every down. Brady is leading the betting odds to win the MVP award and it’s obvious to see why.

There you have it, the names in the frame for the NFL MVP award. Who did we miss? Who should be in the run?

Apps That All US Sports Fans Must Have