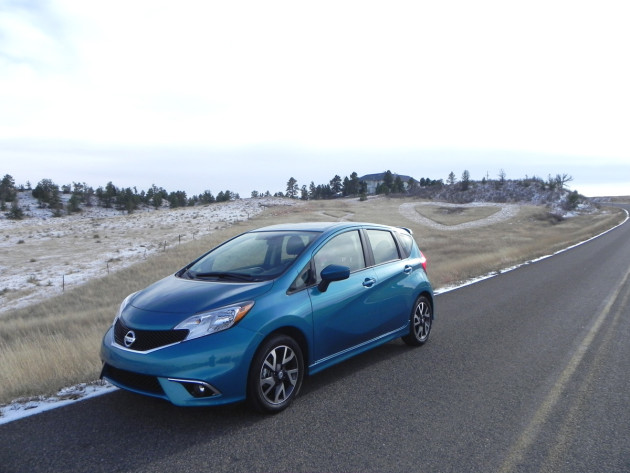 Nissan brought me a 2015 Versa Note SR and let me drive it for a week. I spent most of the time acting like a teenager who’d played one too many games of Grand Theft Auto. Minus the random drive-by shooting and jacking old ladies for their cars, of course. This is Wyoming, after all. People shoot back.

For the week I had the Versa Note, I ripped through gears and hit the brakes while sliding around corners and powering through yellow lights about to turn red. Like a New York cabbie, I ignored traffic indicators and used my finger instead. Throwing the lever into third, I powered through a parking lot at runway speeds and let the occasional stray shopping cart bounce off my fender into oblivion.

Yeah, I drove the Versa Note like I’d stolen it and was bitter hardcore about living out the thug life in this little badass ride. Sounds cool, right? 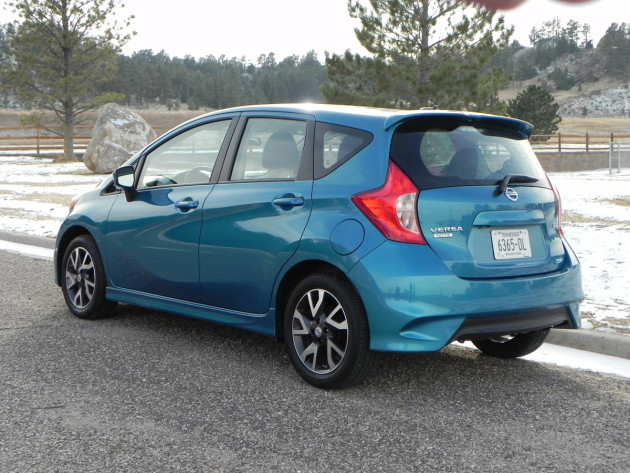 I thought so too. Way better article title and opener than “the 2015 Nissan Versa Note is virtually unchanged from 2014, except Bluetooth is now standard.” That was how this article originally began, but even I thought it was a snoozer as it was written. No doubt you guys, with no stake in the game, would have clicked away immediately. So I threw in a GTA reference and pretended to be something other than a middle-aged white dude living in BFE, Wyoming. For the record, that stocking hat thing gangsters wear? Makes my head itch.

The Versa Note is not a hardcore gang mobile. What it is, really, is an affordable, versatile, roomy little car with a respectable power plant and decent enough ride to get the job done. It’s not fun, bulletproof, covered in chrome, and it doesn’t have huge wheels. On the other hand, what it is would be way better in the real world than what it isn’t. Many would use the word “practical” here, but that’s a word that is now associated with boredom, so I won’t use it to describe the Versa Note. 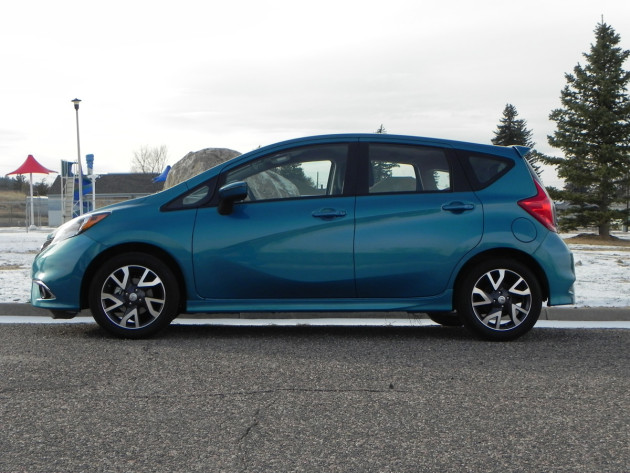 Is the 2015 Versa Note boring? Nope. It’s just quirky enough to have a fun edge about it, yet useful enough everyday that it’s not just fun for fun’s sake, spending most of its time parked. Like, say, a Miata in the cold of winter.

To be frank about it, the Versa and the Note hatchback have their price point as their primary appeal. They have a good look and usable interior at the base level, but when you’re looking at a car with a window sticker showing around $15,000 as the base price, you cannot really expect the car to be a Ferrari. The Versa offers you good fuel economy, “Point A to B” functionality, and the ability to bring your friends and/or all of their stuff with you. That, in brass tacks, is the Versa Note. 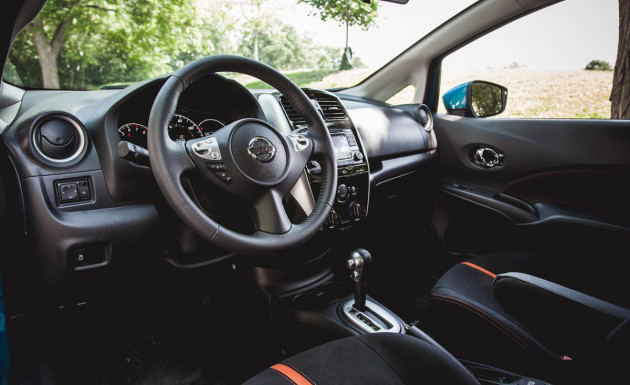 A few amenities, like adjustable seating, folding rear seats, Bluetooth, and a (very) basic stereo are included in that base package of A-B. Once you start upgrading, things are going to get more expensive. We drove the SR package at about $19,000. At that price, you’re getting a lot of goodies in the car, but to be fair, rivals are beginning to look pretty realistic too, and probably offer as much or more.

Still, the Versa is by far the best-seller in the entry-level compact market and the Note makes up about half of those sales. So even if you don’t drive one like life is a big game of GTA, there’s still a reason so many of these are on the road. The Nissan Versa Note is a good entry-level option and commuter car. It’s very fuel efficient, low-cost, and versatile enough to be used for something other than just driving to work and back. Plus you don’t have to Google any cheat codes.