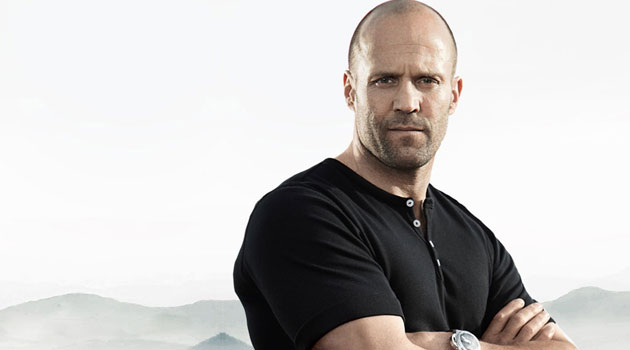 So you’re losing your hair. Whether your hairline is just beginning to recede, or you’ve got that Friar Tuck-style bald spot on your dome, you want to handle your hair loss like a man.

Well, here’s what you need to know. First: hair loss happens to the best of us. (In fact, there are plenty of studies trying to prove that baldness is correlated to increased intelligence and virility. We’ll let you know if any of those studies actually pan out.) Second: no, we don’t really know if your hair loss is because of your maternal grandfather or because you might have had a little too much stress at the office last year. And we don’t know if your sons will inherit the same male-pattern baldness gene, although it’s likely.

What we do know is that you have options. You do not have to go down with the ship! Take control of your hair loss, and fight back…

We don’t know a lot about how hair loss passes from generation to generation, but we do know that DHT causes hair loss, and that you can get a DHT test to prevent it. Here’s the science straight right from the horse’s mouth:

“With the help of the enzyme 5-alpha reductase, testosterone converts to DHT. DHT is an androgen, a steroid hormone that plays a role in sexual development, function and health. In adults DHT is the primary androgen in the prostate in men and in the hair follicles in men and women. The DHT that binds to receptors in scalp follicles is the main culprit in male pattern baldness.”

This science means that you now have an option that your father and grandfather didn’t have. It’s easy to get a DHT test and then talk to your doctor about adjusting hormone levels to prevent further hair loss. By lowering the DHT in your body, you increase the likelihood that your hair is going to stay on your head, where it belongs.

2. Take care of what you’ve got

Another way to slow the progression of hair loss — and improve your appearance overall — is to take better care of your current hair. Don’t apply gel until your hair is brittle and crunchy, and don’t avoid brushing your bedhead until it’s a tangled mess. Instead, start thinking like your female counterparts: wash and condition your hair regularly, and always comb after showering. Use hair products that leave your hair soft and flexible, rather than stiff and breakable.

3. Find a style that works for you

There are plenty of celebrities out there who combine a slightly receding hairline with a thick, healthy mane: Johnny Depp, for example, hasn’t let his male-pattern baldness interfere with the way he grows his long locks. Woody Harrelson has kept his little tuft on top, and John Slattery pulls off the amazing feat of making the comb over look dashing, not desperate.

Start with GQ’s list of the best hairstyles for bald men. Then take the list to your hair salon and ask a stylist to help you make some magic happen.

Don’t look at shaving as a last resort; consider it a way to stay in control of your personal appearance. You’re not going to be Friar Tuck; you’re going to be Patrick Stewart, Taye Diggs, or Bruce Willis. Maybe you’ll want to combine your freshly-shaved head with a little facial hair action in front, like Bryan Cranston’s Walter White. Maybe you don’t want to commit to the daily act of shaving, but still want to keep your remaining hair cut close to the scalp, like Jason Statham.

Either way, what’s going on here is you’re taking control of your hair and you’re not letting it take control of you. You’re joining the ranks of an enormous list of men with shaved heads — many of them the most attractive men in Hollywood. And you’re presenting yourself not as a bald guy, but as a man rocking a style.

Now that we’ve looked at what to do, here’s what NOT to do:

Fake hair always looks worse than going bald, whether that hair is a hundred-dollar toupee or the spray-on hair you saw on the late-night infomercial.

Instead, when you first start seeing your hairline recede, get yourself tested for DHT levels. If you’re able to stop the hair loss right away, excellent. Otherwise take good care of the hair you’ve got and work with a stylist to find a great look. That is the man’s way of handling hair loss.

Related Topics:baldinghair loss
Up Next

Women: Spoil The Man In Your Life