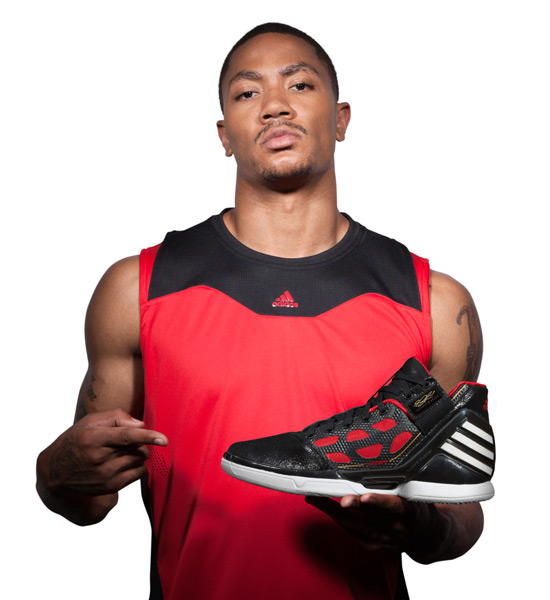 Today adidas and D Rose unleashed “The Bull” to help launch the adiZero Rose 2 signature shoe. The commercial celebrates one of basketball’s most exciting players and showcases his athleticism, fearlessness and basketball prowess.

Filmed in Madrid, the spot opens with Derrick released from a gate as “The Bull” to a frenzied crowd in a bullfighting arena. After sizing up matador and picadors, Derrick drives into the bullring in his signature shoes using his speed, agility and strength to blow by and overpower opponents that represent his real on-court rivals.

“The adiZero Rose 2 is built for my speed so you better want to be fast if you wear this shoe,” said Rose. “It’s stable and light so it plays great on the court, but it’s also really clean so you can rock it and look real nice off the court. I felt like a gladiator when I laced them up to film ‘The Bull,’ and I hope everybody likes how we show my new shoes to the world.”

The adiZero Rose 2 will launch in home and away colorways on October 6th, and roll out in five additional colors through December 22nd. The shoe will be exclusively sold at Foot Locker and Eastbay for an MSRP of $110.

Think You Have Style?