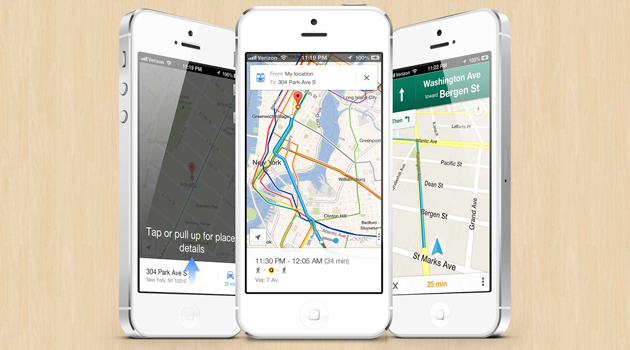 One of the categories that has seen the biggest growth is that of the travel app. As long as your phone is connected to the Internet, it becomes more and more difficult to become lost. Within an instant, our location is pinpointed on a map and we are on our way – avoiding the need to admit that we are lost (which men hate), or stopping to ask for directions (which men hate even more). With that being said, do we now rely upon travel technology too much, favoring applications instead of a good, old fashioned paper map? If we do, is this a sign of laziness, or are we simply moving with the times?

Separating the useful from the useless

For those who are continuously on the go: catching flights, declaring items at customs, checking into hotels, etc., as demonstrated by Iglu Cruise, there are certainly lots of useful apps that can make your life easier. It is convenient to have all this useful information handily stored in your pocket, and some of them make tasks, such as translation, much faster than we ever thought was possible. However, at what stage do we draw the line? Certainly, a wide variety of useless travel accessories and gadgets exist, but does anyone actually buy them? Technology has come such a long way in the past decade, that it now appears like people are trying to invent solutions to problems that do not really exist. Take, for example, this ‘rugged yet refined’ travel blazer. It comes fitted with a plethora of pockets, extra-sturdy reinforced buttons, and a price tag of over $1000. Granted, at times, travelling can be stressful and tedious, but does anyone go through that many blazers that they need a new hi-tech one, that can withstand the torrent of wine that gets spilled on them from all the dinners that have to be cut short, due to needing to catch a flight?

What happened to the old fashioned way?

Is there anyone out there that still uses physical maps? And who uses physical plane tickets, instead of just flashing their phone at the check-in desk? People should not be technophobes, nor should they rely on it in absolutely every single situation. One of the common stereotypes of the travelling male, was that somehow, through some unknown innate process, they tended to find their way to where they needed to be. Now, in the age of the iPhone, would we still be able to get around without explicit instructions at our beckoning call? In addition to this, technology can be extremely unreliable – at least with a map and some directions jotted down, you know it’s not going to shutdown mid journey, due to an important update that needs installing.

It would appear, among a sea of useless apps and travel technology innovations, there are some essentials that we swear by. Google Maps has become a main feature of many business trips, with people swearing by it day in, day out. Us guys are also notoriously forgetful and poor at planning, so it is useful to be able to set reminders of travel plans, and have an entire itinerary stored electronically in our pockets.

That said, it has to be questioned whether men are as good at navigating as they supposedly were, or have we become lazy, becoming used to being told where to go, rather than using initiative and a sense of curiosity to get us to our destination. On top of this, it could be viewed as the ultimate display of masculinity to go totally Google Maps and gadget-free. What could be more liberating then a man finding his own way in the world! Just look at Bear Grylls – he manages absolutely fine, without an iPhone or Sat Nav in sight!