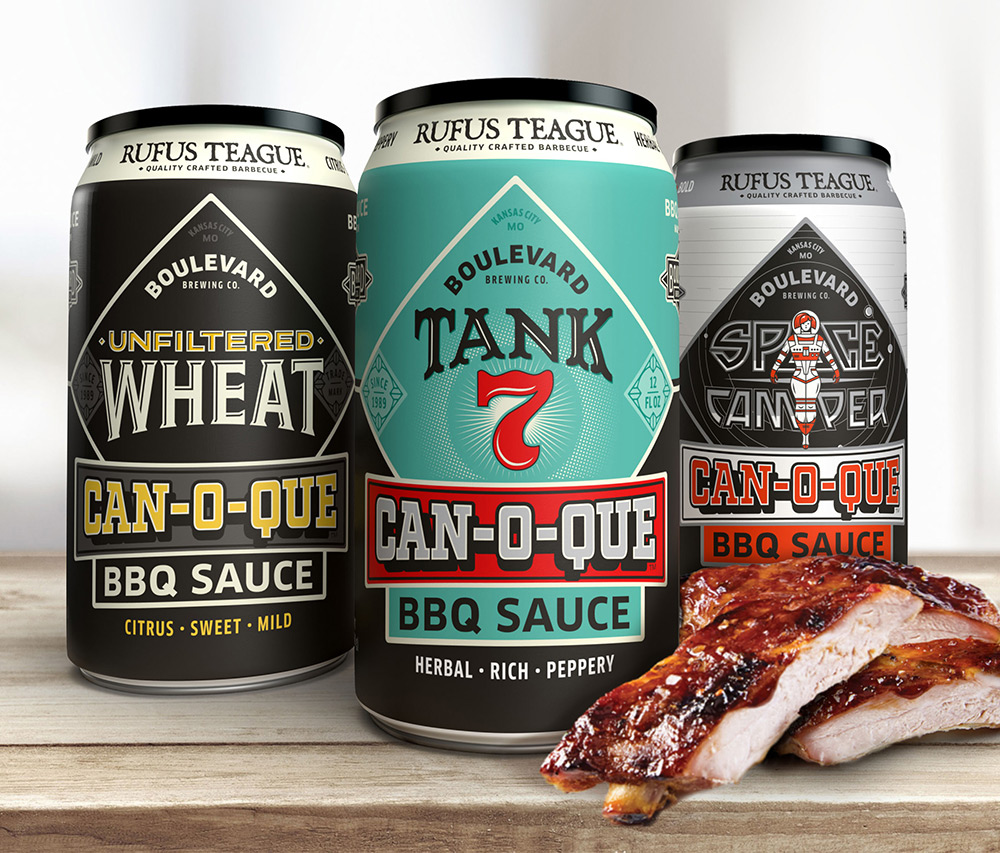 The two essentials for a great cookout? Barbecue and beer, of course! So why not merge these two delicious flavors together in a single product? I know it probably sounds a little out there, but here me out.

Rufus Teague, a leading independent maker of craft BBQ sauces and rubs who’s located in the heart of barbecue country in Kansas City, has once again partnered with legendary KC-based Boulevard Brewing Company to expand on their “first of its kind” Can-O-Que barbecue sauces and bring it to the masses.

As the clever name suggests, Can-O-Que barbecue sauce is made with Boulevard Brewing beer and packaged in an actual beer can. So instead of cracking open an ice cold beer, you can crack open a delicious can of BBQ sauce.. and pour it on your meats to take their flavor to the next level. Or play a terrible prank on a friend and watch their face as they chug a “beer”. 🙂

Each flavor appears in a can designed similarly to its beer counterpart, open with the normal pull tab and include a reusable, snap-on cap to keep leftovers fresh. However, don’t let the novelty of the can lead you to believe these are anything but truly flavorful Kansas City style sauces, each made with the care that Rufus Teague is known for. 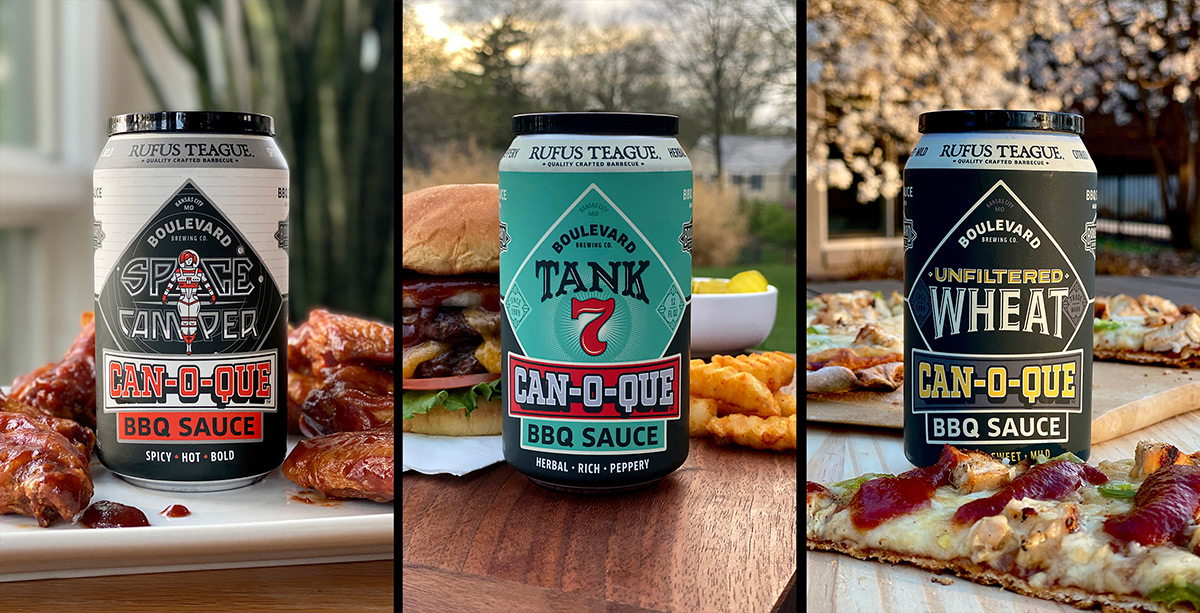 Using different beers to create these sauces has led to the following interesting and unique flavor profiles:

Naturally, the first question that came to mind was how to reseal the can after opening it, as most people don’t need 12-ounces of barbecue sauce at once. Rufus Teague solved this issue with a snap-on reclosable lid, so you can reseal the can and put it in the fridge till next time.

“It took a lot of testing, but we are thrilled to be the first to develop an absolutely delicious barbecue sauce that lives in a beer can,” John McCone, founder of Rufus Teague, said in a statement. “The collaboration with Boulevard pushed this project over the top, and we have been blown away by the response.”

We had a chance to try out these new Can-O-Que sauces, and they’re all great in their own rights. My suggestion, if you can’t decide between them, pick up the Boulevard variety pack and try all three for yourself. They go great with ribs, chicken, burgers, and more!

The new Can-O-Que sauces will be available at retailers, grocery and liquor stores throughout Kansas City and surrounding region. They are also available for purchase online on the Rufus Teague website, with a 3-pack selling for $13.99, and a 6-pack selling for $24.99.