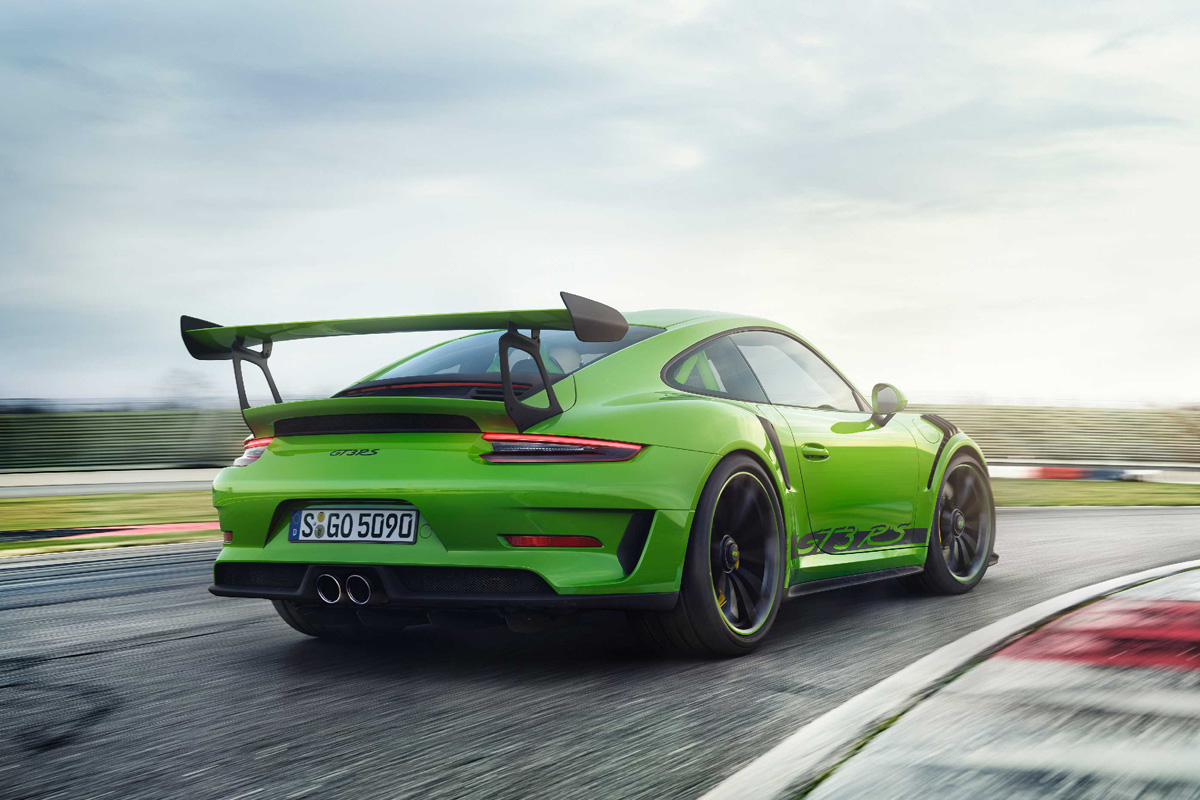 Feast your eyes on the 2019 Porsche 911 GT3 RS, the most powerful naturally aspirated 911 Porsche has ever produced, packing an incredible 520 horsepower and 346 lb-ft of torque! Porsche unveiled this bad boy ahead of it’s debut at Geneva next month, and it sounds like the total package.

Based on the 911 GT3, the RS has been refined even further, combining the naturally aspirated engine ever fitted to a road-legal 911 with a suspension that features recalibrated rear axle steering tuned for maximum dynamics and precision. The new 911 GT3 RS rockets from 0-60 mph in just 3.0 seconds (just 0.2 seconds behind the 2018 Porsche 911 GT2 RS), and has a top speed of 193 mph. 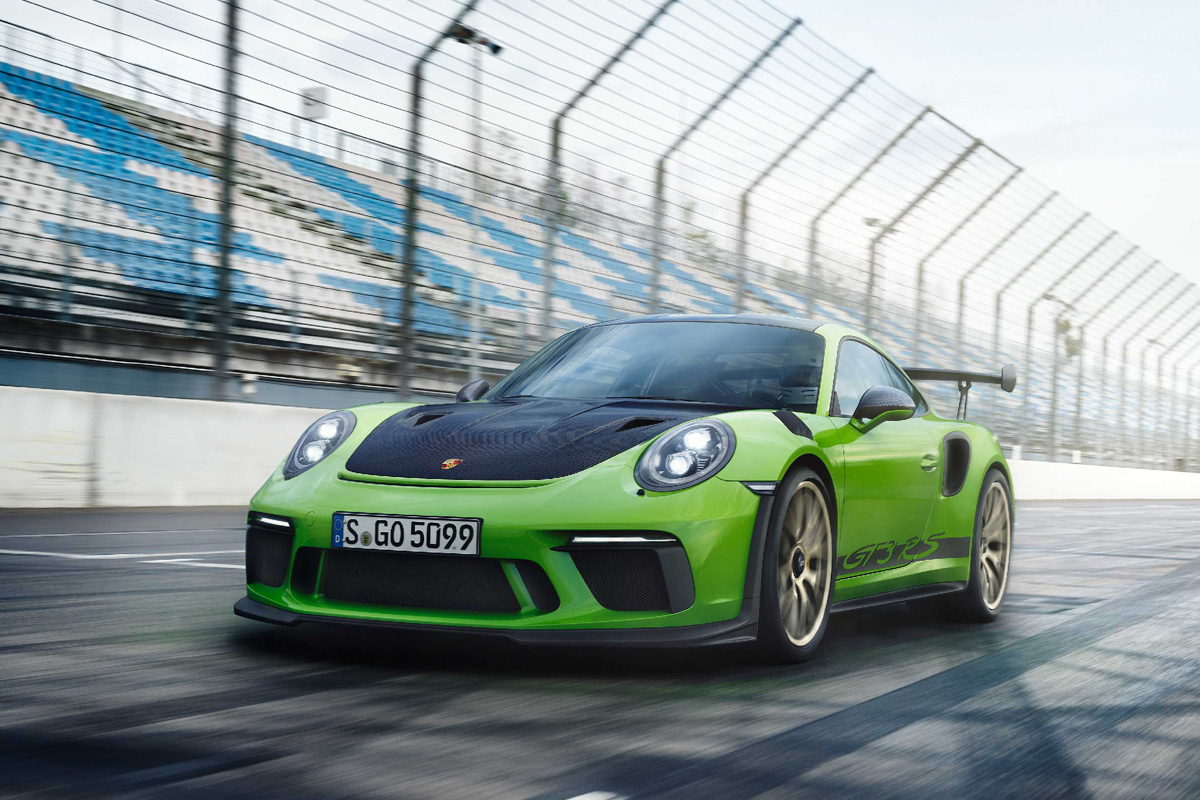 Like the 2018 911 GT3, the front and rear fascia are made of lightweight polyurethane. Additionally, the front trunk lid and fenders on the 911 GT3 RS are made of carbon fiber and the roof consists of magnesium. Like on the 2018 911 GT2 RS, NACA ducts in the front trunk lid optimize brake cooling without increasing drag. The front fascia features a spoiler lip that is even larger than before, increasing downforce in conjunction with the larger side skirts.

At the rear, the large wing mounted on the carbon fiber deck lid works in combination with a rear underbody diffusor, producing more than twice as much downforce as the regular 911 GT3 at 124 mph. 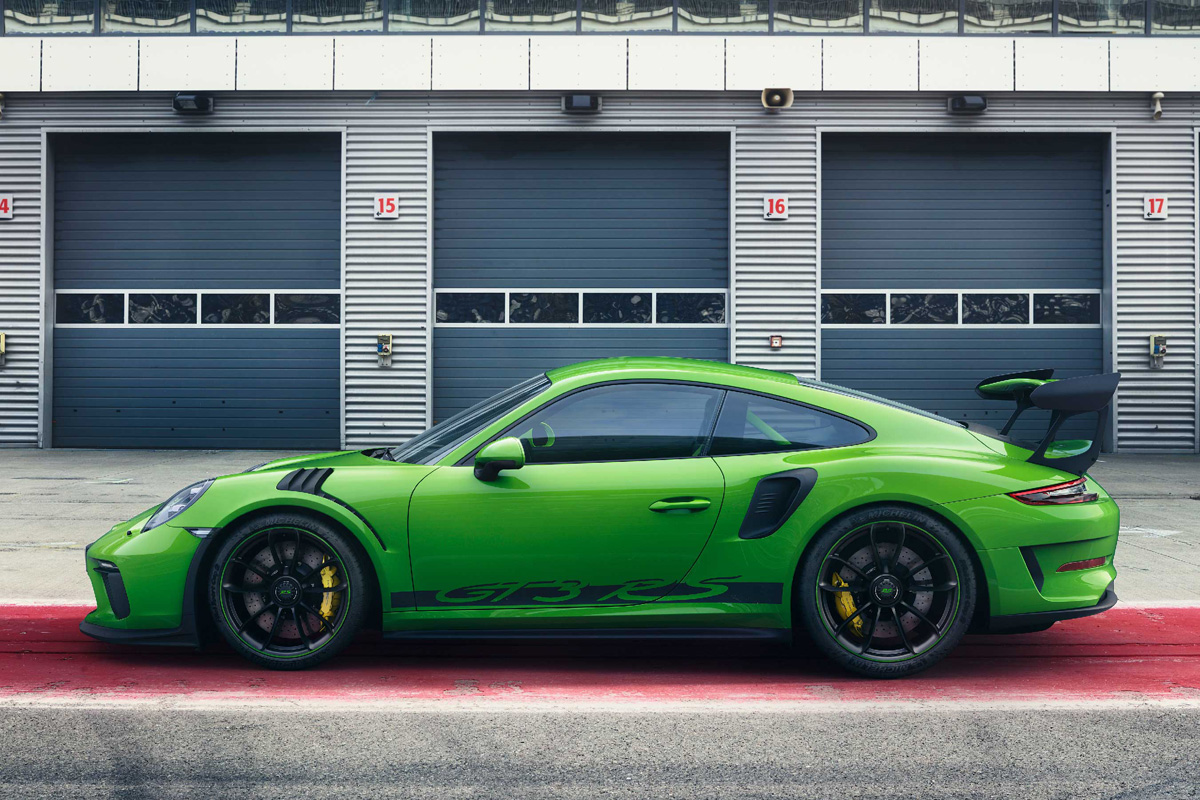 The GT3 RS’ 4.0-liter flat-six is an evolution of the 2018 GT3’s engine that delivers 20 more horsepower than the 2016 911 GT3 RS and the current 911 GT3. The engine is mated to a tuned seven-speed PDK (unlike the GT3, which has the option of a six-speed manual), which features performance-oriented gearing with the top track speed being reached in seventh gear, like all GT tuned PDK transmissions. 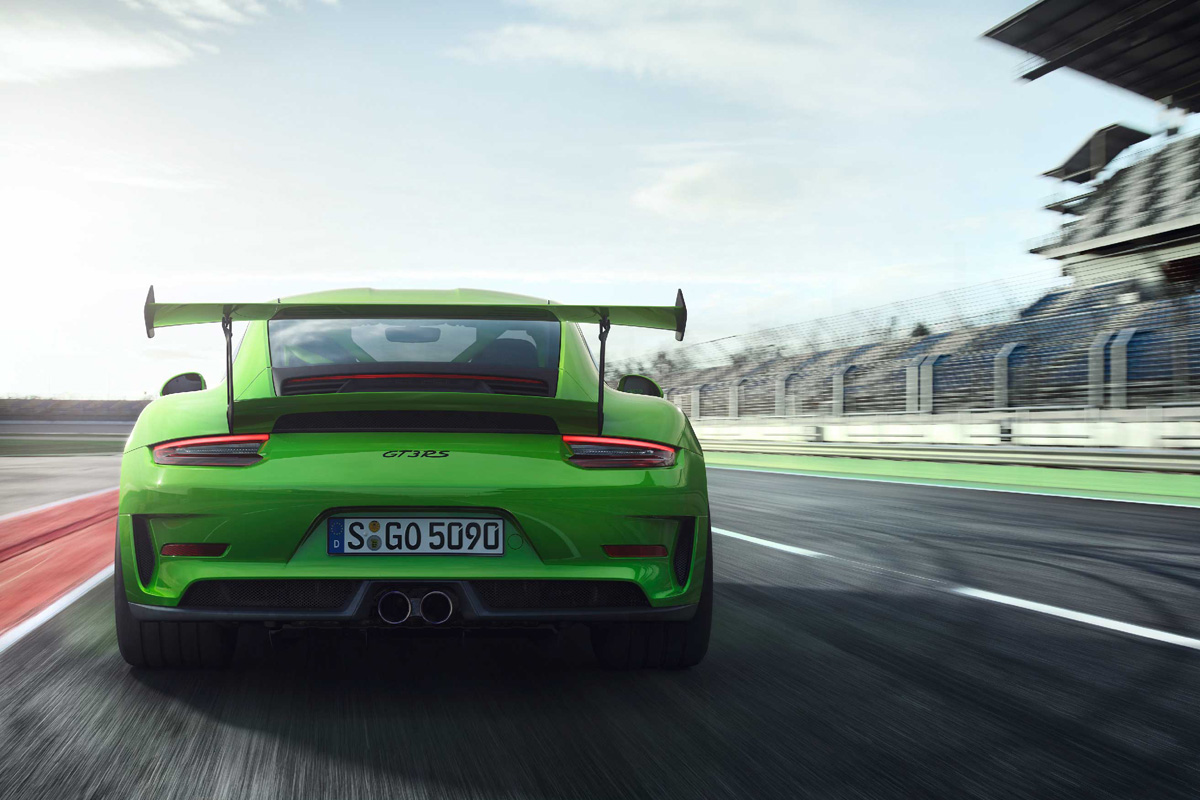 As you’d expect, the driving dynamics of the GT3 RS are second to none, with new helper springs at the front and rear axle, as well as improved ball joints and a further refined rear steering system. 20-inch lightweight wheels with newly developed 265/35 ultra-high performance tires on the front axle enhance the car’s agility and steering behavior, while 21‑inch wheels with 325/30 tires at the rear axle improve traction.

The 2019 Porsche 911 GT3 RS will be arriving at U.S. dealers later this fall, with a starting price of $188,550. The Weissach Package is available for $18,000. Optional forged magnesium wheels can be ordered for an additional $13,000 in conjunction with the Weissach Package and will be available at a later date. 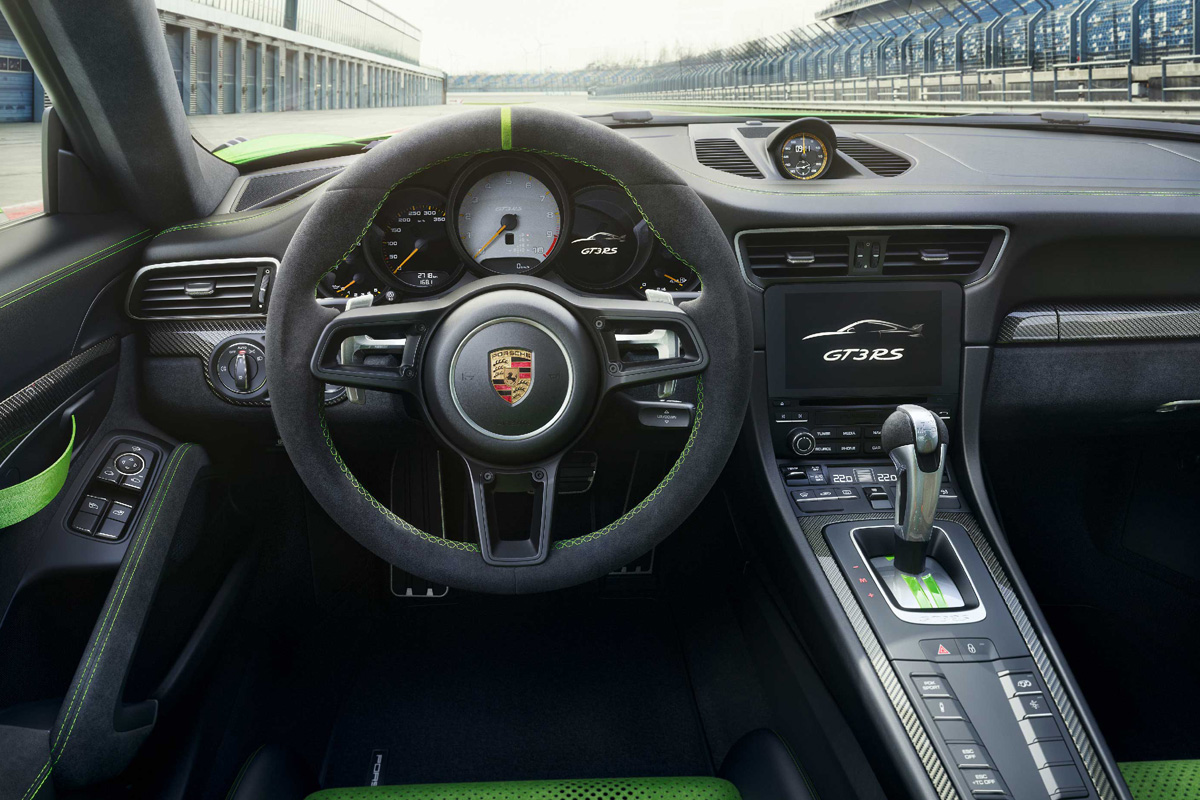 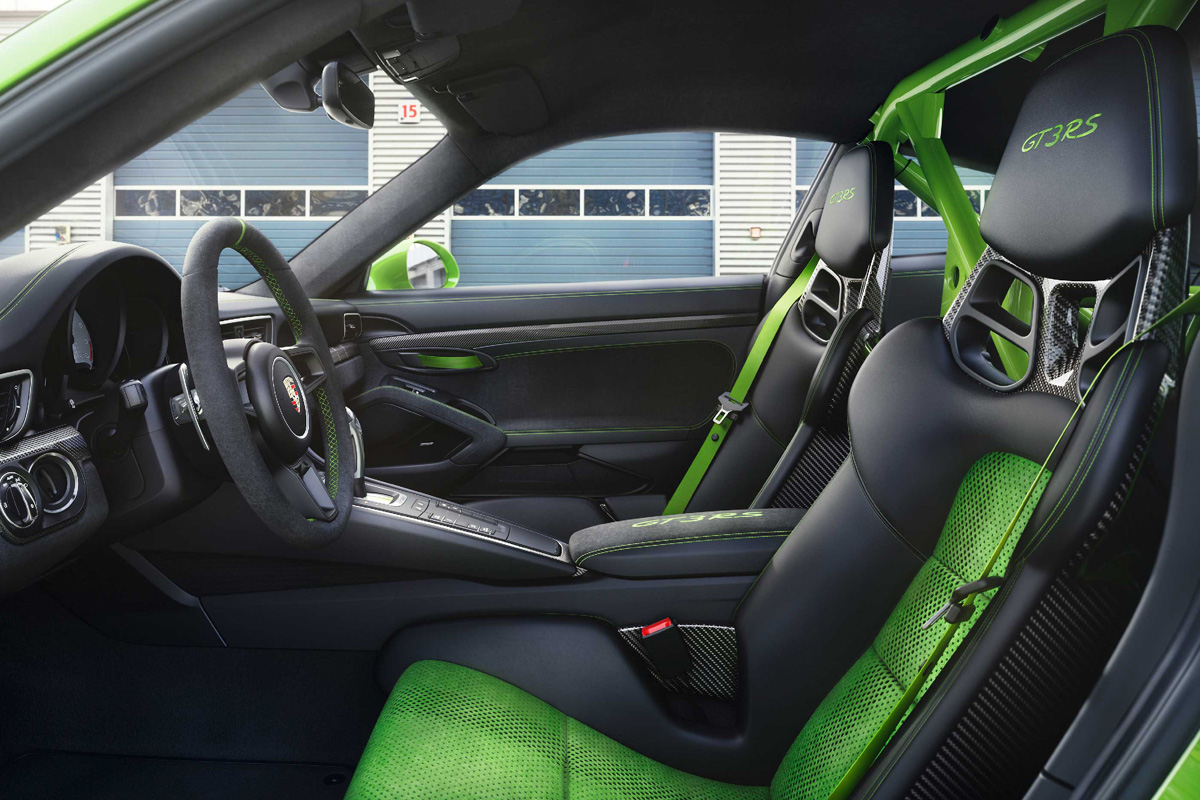 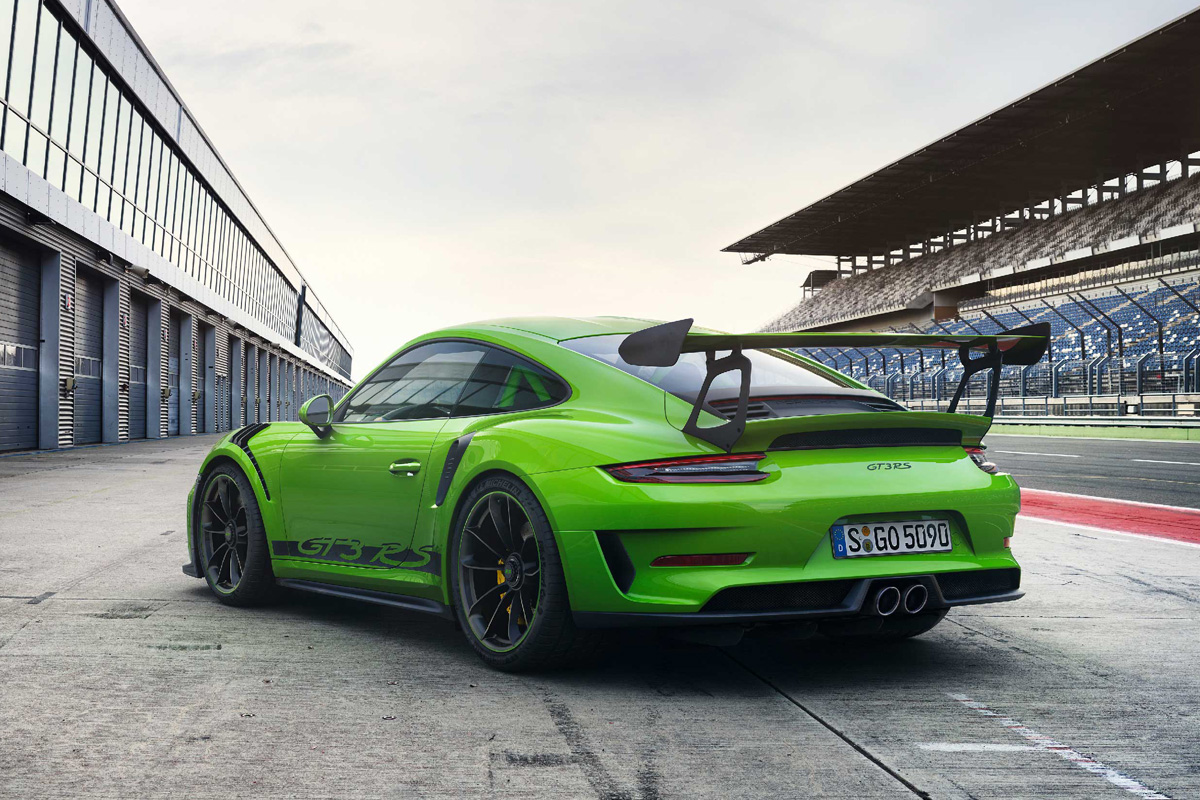 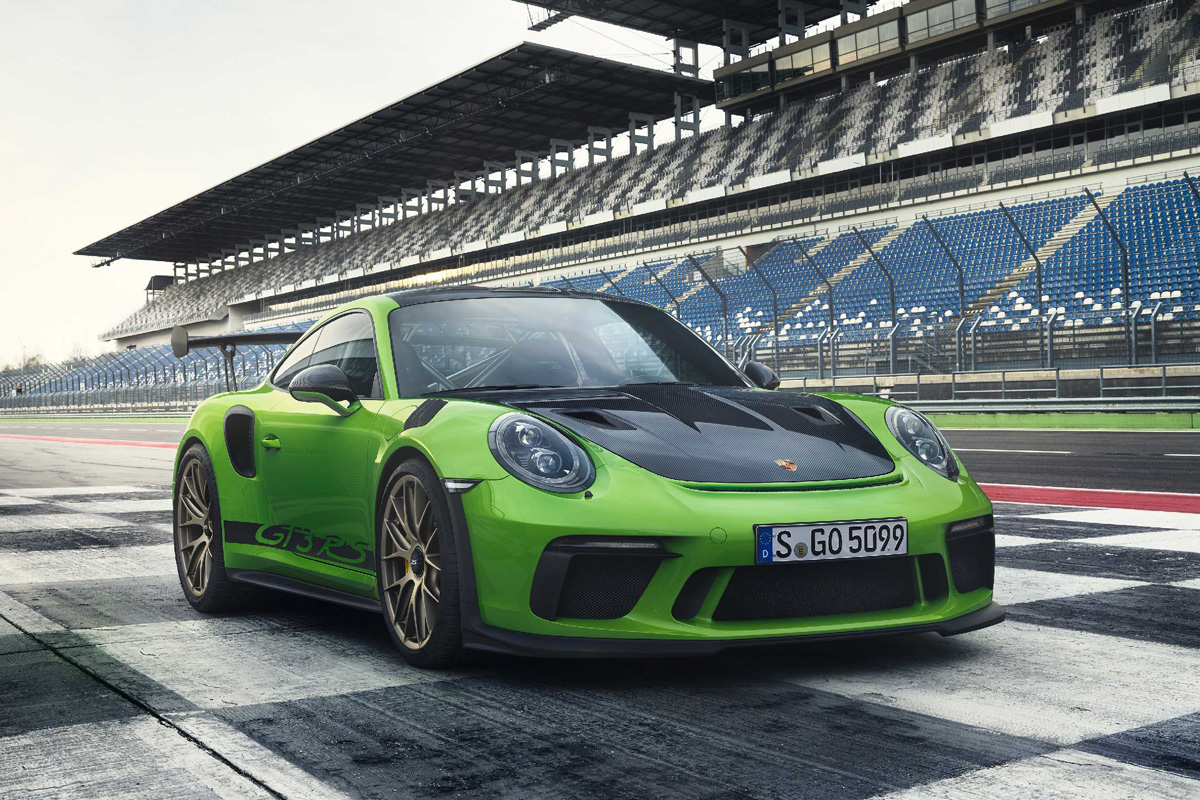 The Lamborghini Huracán Performante Spyder Is One Crazy Fast Roadster!

The Lighter, More Powerful Ferrari 488 Pista Will Make Its Debut In Geneva