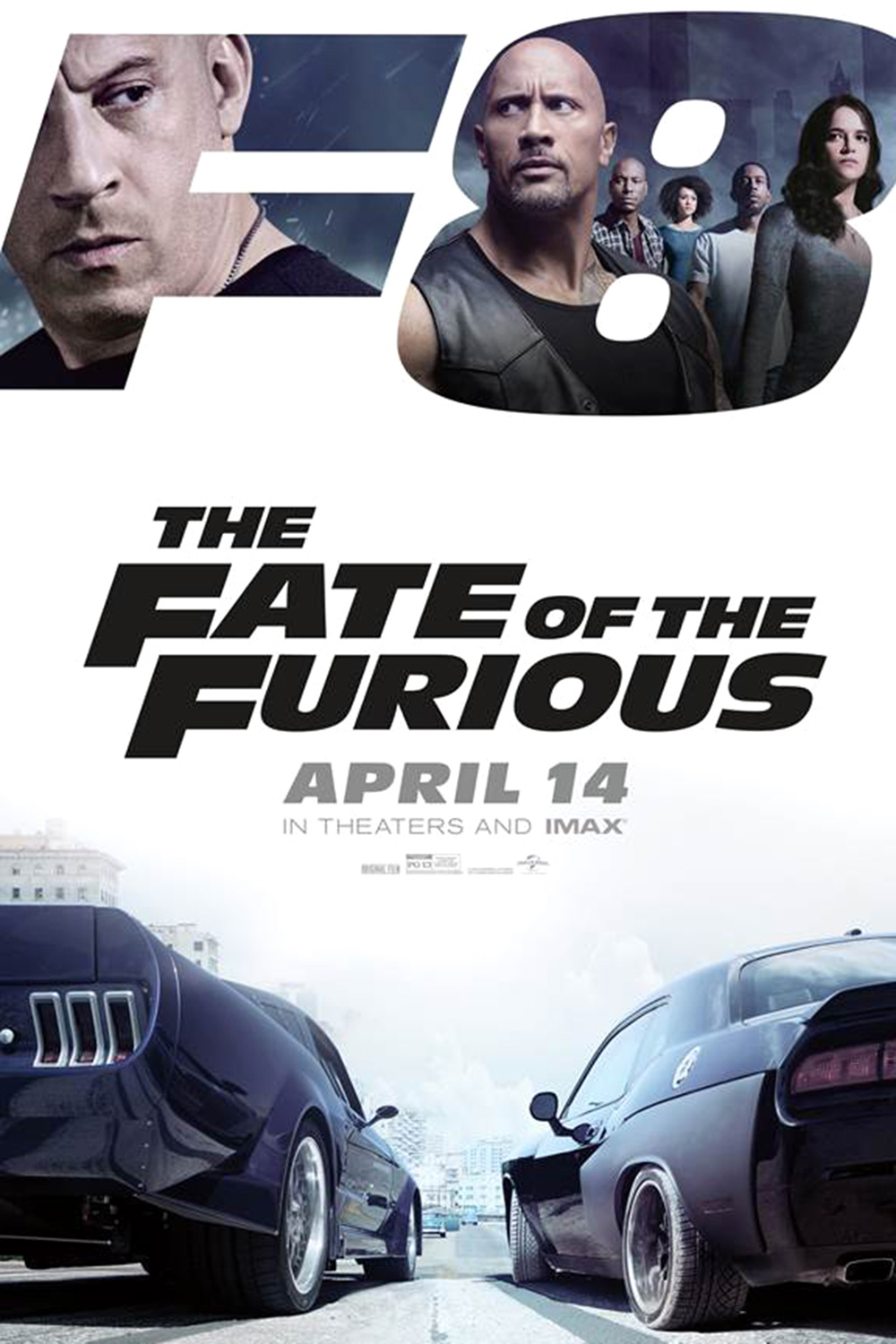 Remember back when The Fast and the Furious franchise was about car racing, the tuning scene, and stolen DVD players? The first few movies were classics in my eyes (even Tokyo Drift). But in an attempt to cater to a larger audience, the F&F franchise shifted dramatically (see what I did there?), turning the happy-go-lucky gang of racers into a globetrotting espionage super team fighting to save the world.

The recent chapters of the Fast and Furious saga have gotten downright ridiculous, but none of them hold a candle to The Fate Of The Furious, which we had a chance to screen last night.

So the movie starts out with Dom (Vin Diesel) and Letty (Michelle Rodriguez) celebrating their honeymoon in Cuba. The sun is shining, there are a bevy of classic cars on display, not to mention tons of girls wearing barely anything while they shake their asses to some bass-heavy Cuban pop. So far, so good.

But when Toretto’s younger cousin gets into trouble with a bad hombre, Dom steps in and suggests that they settle this with a street race, winner take all. The problem? It’s a stacked race, and Dom’s got no chance of winning.. unless he can make a turbo out of a Coke can. “You’re going to blow up the engine,” screams Letty. “It’s only gotta last for a mile,” says Dom, with that cocky grin on his face. Hilarity ensues, with Dom finishing the race backwards, car on fire, before it plunges into the ocean! 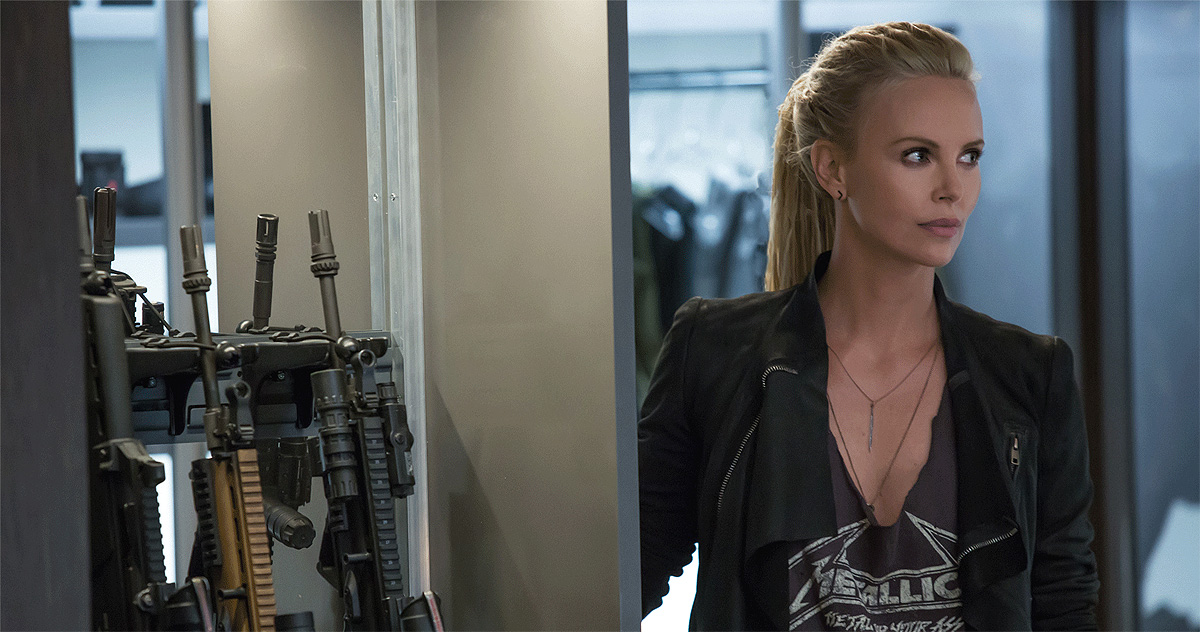 Sadly, that was the extend of the racing. From there, it’s basically The Expendables with cars, with the gang off to Germany to retrieve a stolen IED. Because in the wrong hands, it could cripple a large city’s power grid. The only problem? While in Cuba, Dom was approached by the notorious hacker, Cipher (Charlize Theron), who has information she uses against Dom in order to get him to turn against his team.

The rest of the movie is a big game of cat-and-mouse, with the team rushing to catch Dom and Cipher before they unleashe chaos on the world’s stage. The chase leads them to New York City, where we witness one of the must ludicrous chase scenes ever filmed, with Cipher “hacking” thousands of cars and taking control of them remotely. Chaos ensues, with cars driving out of showrooms, flying off of parking structures, crashing through buildings, and swarming the streets. Ridiculous!

The chase eventually leads the team to the icy plains off the arctic Barents Sea, where they attempt to outrun a nuclear submarine as they race across a frozen lake. Of course, Roman (Tyrese Gibson) is driving a bright orange Lamborghini, which spins out of control because he forgot about winter tires. Oh yeah, and Hobbes (Dwayne Johnson) catches a torpedo with his bare hands while hanging out the door of a moving truck. 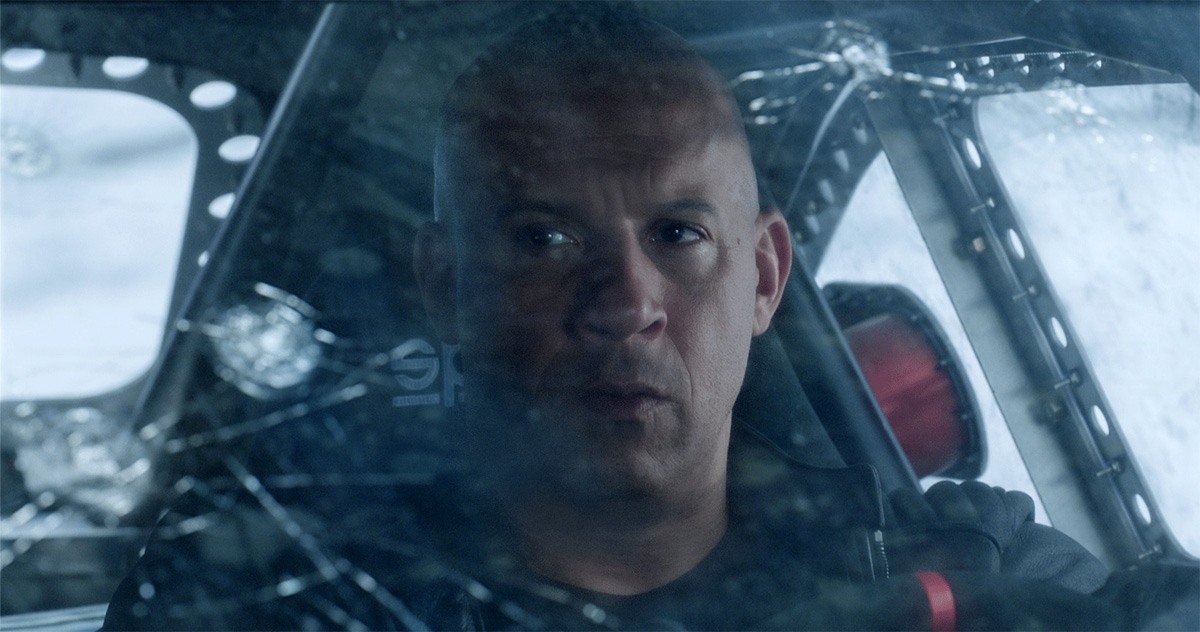 I have no doubt that The Fate of the Furious will rake in a boatload of money at the box office, possibly even breaking some records in the process, as this kind of mindless mayhem seems to appeal to many. But for me, the franchise has just strayed too far from it’s roots, and after 16 years with the gang, I’m calling it quits.

Check Out The First Trailer For ‘Overdrive’

The New ‘Baywatch’ Trailer Is Here, And It’s Packed With Gratuitous T&A