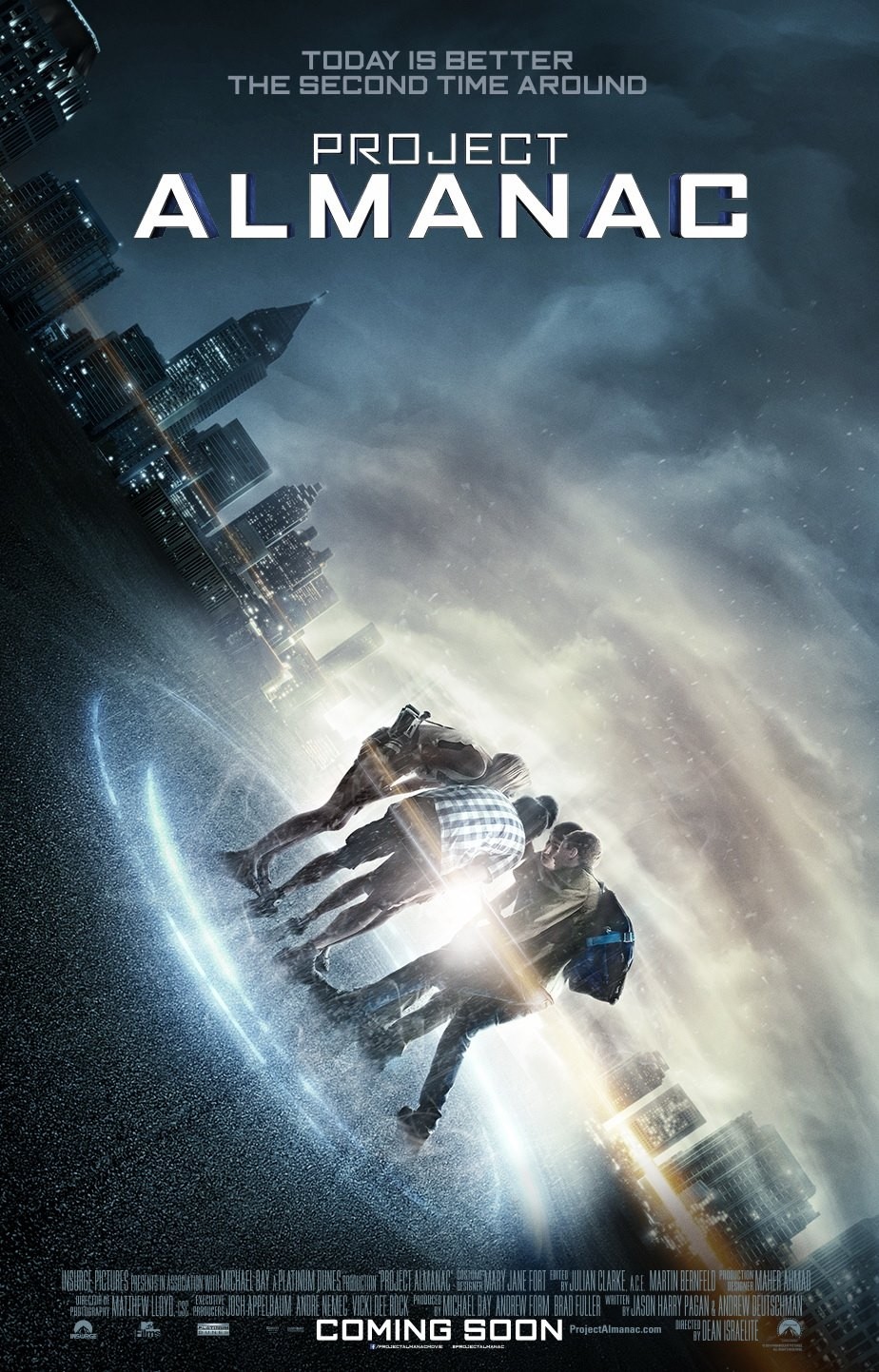 If you’ve turned on the TV in the past few weeks, you’ve probably seen commercials for Paramount Pictures’ upcoming time-travel movie Project Almanac. I’m a big fan of movies like this, so I jumped at the chance to attend an advanced screening of the movie last week.

This Michael Bay-produced movie was originally supposed to be released in February 2014 (under the title Welcome to Yesterday), but the studio reportedly delayed the release to “refine their marketing strategy”.

Fast forward nearly a year, and the movie is finally slated to be released on January 30th. But unfortunately, even with that extra year of preparation, the movie just didn’t deliver for me. Honestly, it felt like they just stole elements of similar movies (Back To The Future, Chronicle, The Butterfly Effect, etc) and hoped for the best.

In Project Almanac, a brilliant high school student and his friends uncover blueprints for a mysterious device that enables them to travel through time. They use this time machine to change recent history to their benefit (win the lottery, ace a school exam, stop from getting bullied), but in the process they disturb the time-space continuum, causing unforeseen damage that they must go back and fix.

You can watch the Project Almanac trailer here:

While the movie looked like fun going in, the novelty of it wears off rather quickly, and from there it just heads into a downward spiral. While Project Almanac might resonate with teenagers who never saw the Back To The Future movies, for the rest of us it’s just an exercise in frustration. They replaced the iconic Delorean with an Xbox, used hydrogen instead of plutonium, and used an iPhone to control how far back they went. WTF?!

They took it a step further by telling the story through “found footage” in hopes of making things seem more realistic, like they did in The Blair Watch Project. I HATE shaky cam movies like this, and had I known that going in, I might have just skipped it altogether.

That said, if you’re a true time-travel geek who really enjoys movies like this, you might want to check it out when it comes out on DVD. But with so many great movies out in the theaters right now, I’d personally skip Project Alamanac and see something else instead.

Related Topics:Project Almanac
Up Next

Will Ferrell Nails A Cheerleader In The Face With A Basketball

‘Avengers: Age of Ultron’ Trailer Prepares To Blow the Roof Off Marvel Universe