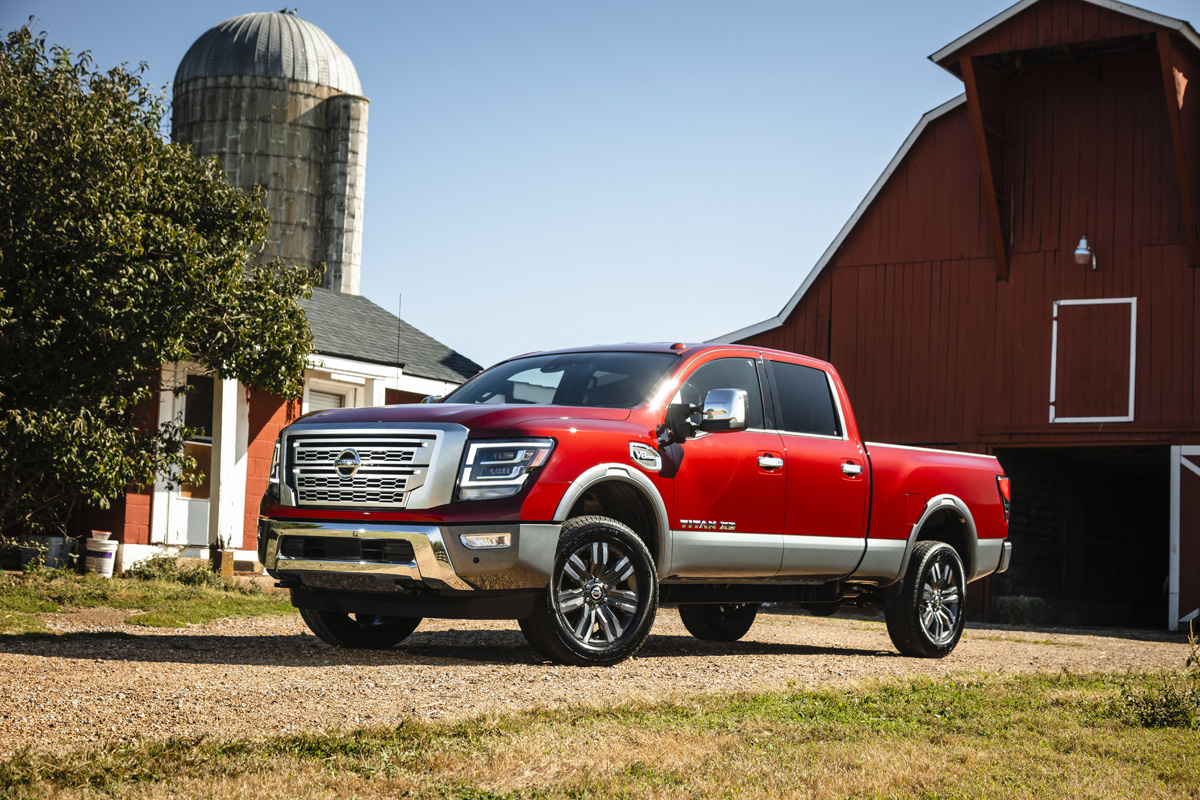 The Nissan Titan has been around for quite a while, but it went largely unnoticed until the introduction of the current-generation with its XD model. The Titan XD is a heavy-duty half-ton truck, meaning it fits somewhere between a standard half-ton pickup (1500) and a larger three-quarter ton (2500). There were, however, several flaws in the newly-introduced Titan. This new, updated 2020 Titan XD remedies almost all of those.

The 2020 Titan XD is powered by a 5.6-liter V8 that outputs 400 horsepower and 413 pound-feet of torque. If this sounds familiar, that’s because this same well-done engine powers the non-XD model of the Titan and the big Aramada SUV. Nissan also makes this engine for their Infiniti lineup. To say it’s well-vetted would be an understatement. 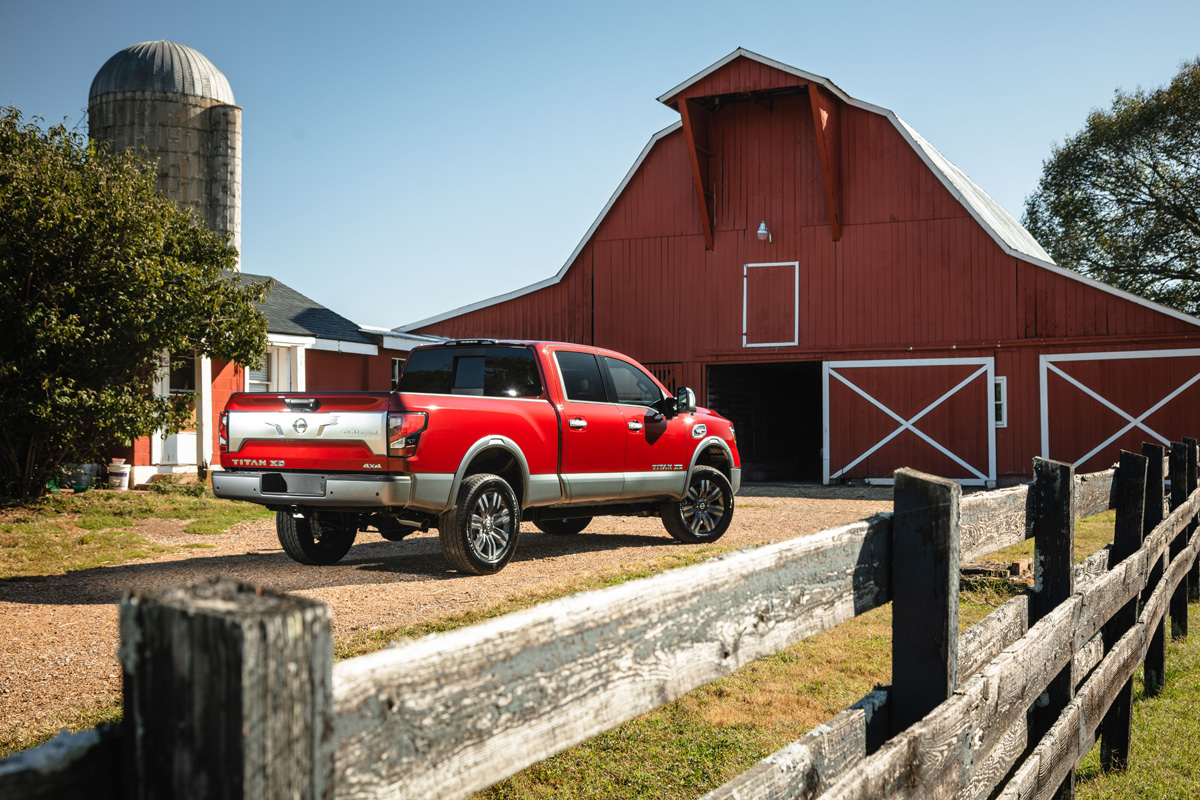 The big engine churns into a nine-speed automatic transmission, which is new for this year. That transmission fixes one of our first big beefs with the Titan XD of previous years. The truck no longer hunts for gears, especially when pulling a load, and feels far more refined to drive when running empty. That transmission upgrade made a huge difference. Revised axle gearing also helped things out.

The 2020 Titan XD comes in several trim packages, but we’d recommend heading straight to the Pro-4X package for its nice balance of amenities plus its off-road add-ons. Otherwise, go straight to the top to the Platinum Reserve and don’t muck around. It’s extremely luxurious and comes with beautiful dark chrome for exterior highlights. 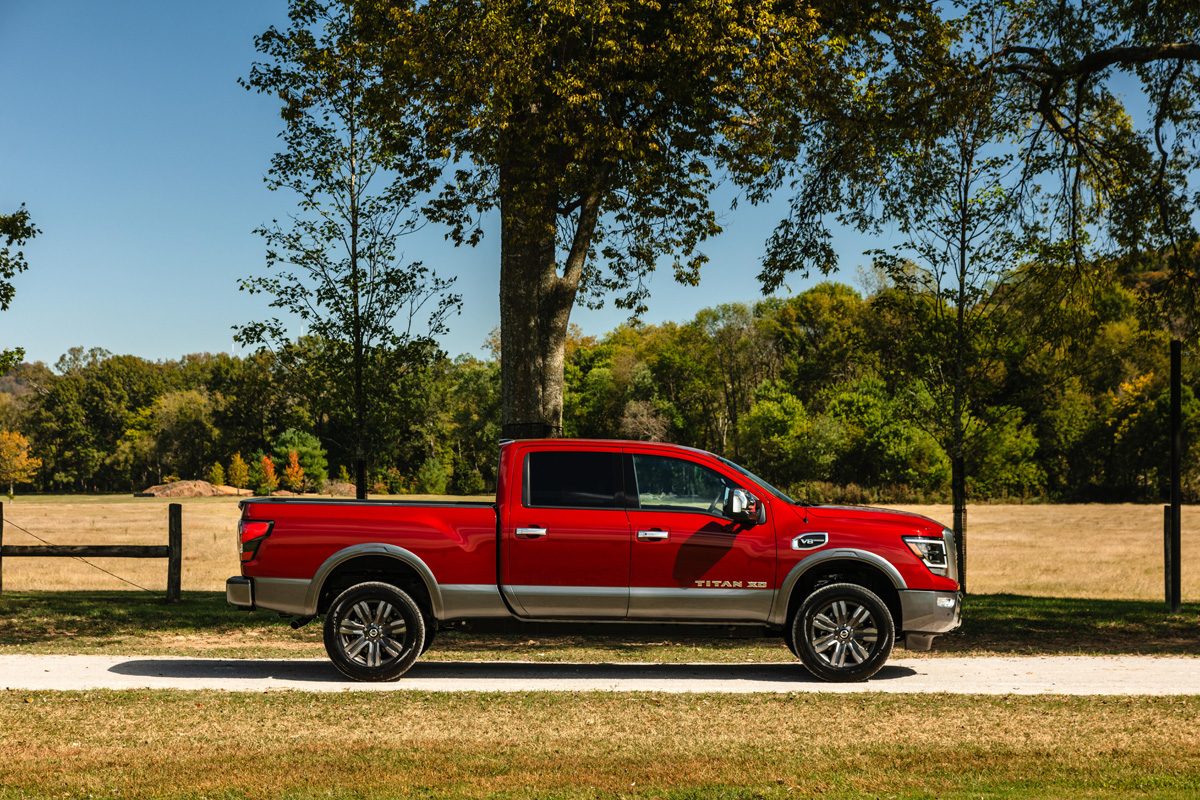 Every Titan XD model now comes with Nissan’s suite of active safety items like forward crash mitigation with pedestrian detection, blind-spot monitoring, and automatic rear braking with cross-traffic alert. Lane departure warning and trailer sway control are also standard. Getting adaptive cruise control and a WiFi hotspot is only one step up in the trim lineup, which also adds an integrated trailer brake controller and gooseneck hitch set along with larger towing mirrors.

The 2020 Nissan Titan XD comes only in a crew cab configuration with a 6.5-foot bed. Nissan (wisely) dropped all other configurations for the Titan XD as consumer interest clearly sits there. Towing in the XD is rated at up to 11,040 pounds and payload is rated at up to 2,390 pounds. These numbers are good, but not terribly impressive when compared to standard half-ton offerings from other makes. That doesn’t mean the XD is not worth considering. 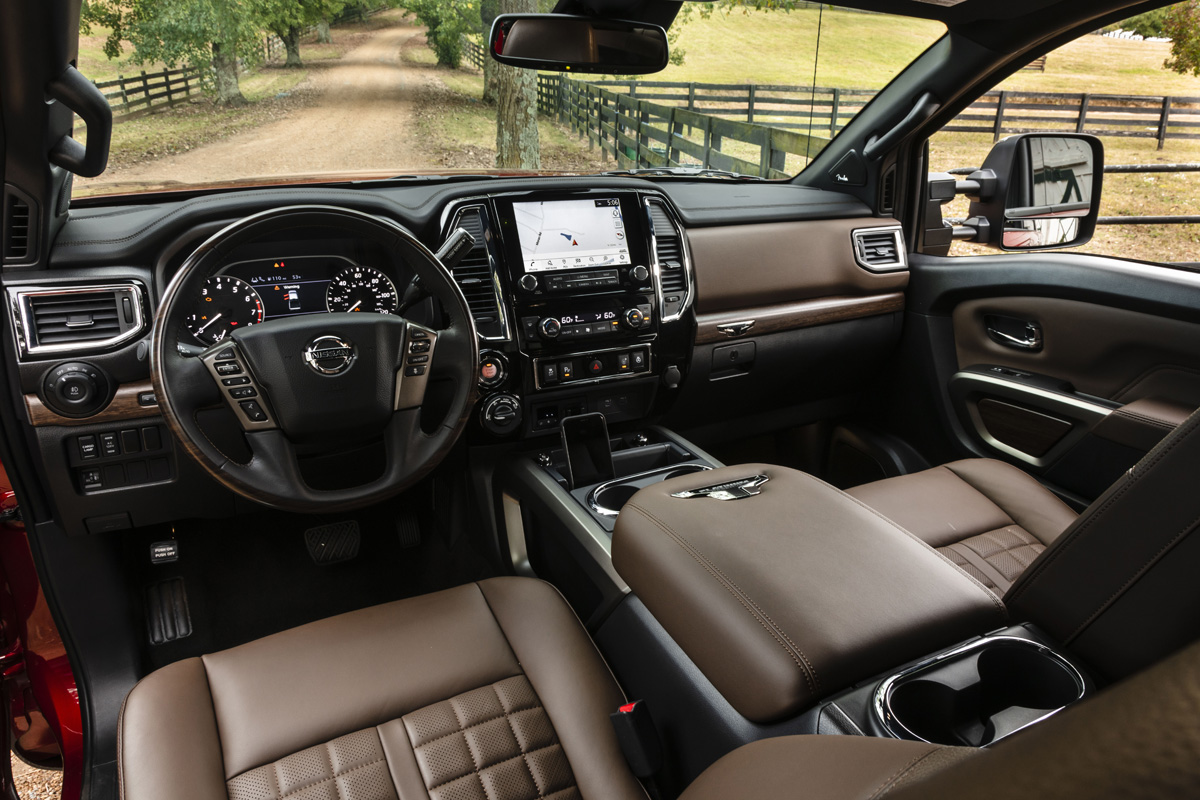 Where the Titan XD shines is in actual, real-world towing. Not only is this truck heavier (it’s EPA classification puts it over 8,500 pounds), but it’s also stiffer in framing. Compared to half-ton options on the market, the heavy-duty half-ton Titan XD is just beefier. When towing heavy loads, that matters. A lot. The 2020 Titan XD just feels more confident and less jiggy when pulling heavy loads, especially in crosswinds and dirt roads where sway control can actually become a detriment if the vehicle isn’t heavy enough to control the trailer.

The Titan XD also shines as an everyday driver. It’s comfortable, good-looking, and easy to live with. Controls are all good and Nissan didn’t change things that worked well for the Titan from the get-go. Small improvements in the cabin, though, go a long way. The switchgear for the radio and climate controls has been changed slightly so that knobs are a big larger. This improves tactile return and makes it easier to use these controls with cold or gloved hands. Something that was missing before. Nissan also upgraded the infotainment in the Titan XD toad a slightly larger screen and now-standards like Android Auto and Apple CarPlay. 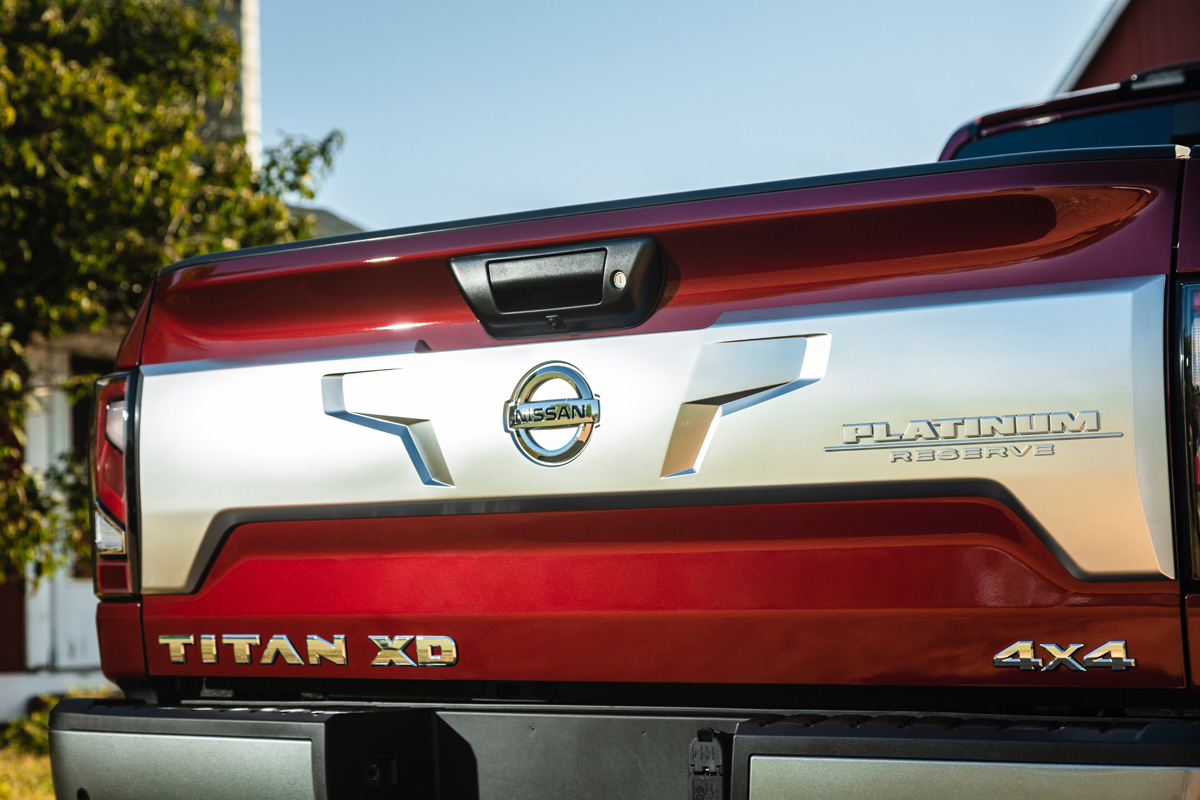 In short, the 2020 Nissan Titan XD is now competitive again and well worth looking at. With an industry-leading warranty, it’s got some things going for it.