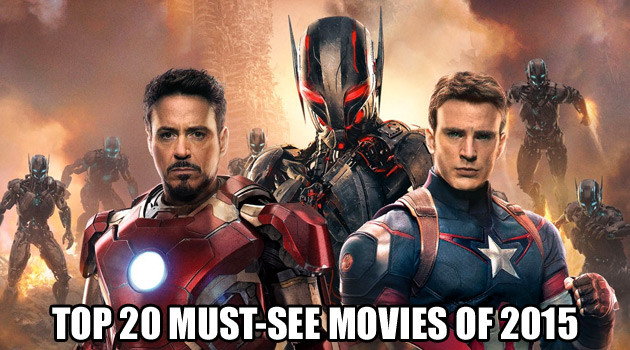 As a movie fanatic, it’s safe to say that 2014 was a bit of a letdown, with only a handful of notable releases to get excited about. But thankfully, 2015 is shaping up to be an epic year at the movies, with some seriously awesome blockbusters scheduled to hit the big screen.

We’ve rounded up the Top 20 Must-See Movies of 2015, listed chronologically for your convenience:

Avengers: Age of Ultron – May 1st

Which of these movies are you most looking forward to?

Related Topics:Movie Trailers
Up Next