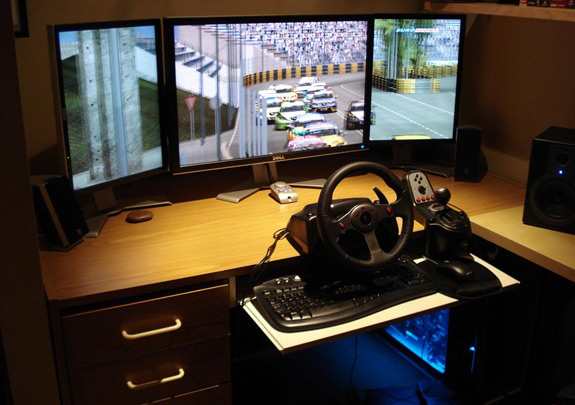 There are many important aspects to look at when deciding on which type of gaming computer to buy. With thousands of companies claiming to give you the best experience possible, it can be tough to choose the right computer for your gaming activity. Here are some qualities to look for when considering a new computer for gaming.

How Much Should I Spend?

Gaming computers are normally considered “top of the line” within the computer world and because of this are prices than can make anyone fall out of their chair. Most gaming computers start around $1,500 for decent specifications and can go as high as $13,000 if you feel like spending a crazy amount of money.

Keep in mind that just because a computer is more expensive doesn’t mean that it is any better than something cheaper. Computer companies love to inflate prices on their gaming computers because they know that people will pay top dollar for them. Compare price with specs on each computer you look at to be sure that you are getting the best value for the amount of money you’ll be spending.

What Type of CPU Should I Look For?

If you are looking for a gaming computer that isn’t catered to the minimum requirements of popular games like World of Warcraft, considering choosing a computer with at least a fast dual core or true quad-core AMD A or Intel processor. High end quad-core processors like the six-core AMD Phenom II X6 work best if you’re the type of person that will be buying the latest game as soon as it comes out. Mid-level dual core or quad-core processors are best for older style first-person shooters. Multi-core processors are best for games that boast very “realistic” styles that are popular with newer games. As long as you have a CPU with four or more cores, your computer should be able to handle tons of gaming as well as other forms of multitasking.

What about Storage and Memory?

When buying a gaming computer, it is best to go with at least 4 GB of RAM at a minimum. While this will provide your computer with plenty of juice to make the latest game run smoothly, if you really want the high-end experience, consider going up to 8 GB of RAM. Anything more than that is a waste of money.

Your hard drive should be at least 300 GB, but you can increase your size if you feel you need it. The thing is, games are being created in smaller and smaller packages these days, meaning that you should be fine without having the largest hard drive in the world. You don’t need 1 TB of space to play your favorite games.

As far as your computer’s system goes, while it is more expensive, aim for an SSD (solid-state drive) instead of the common SATA hard drive, which spins. A great SSD can drastically decrease how long it takes your computer to boot up and load games, turning load times from minutes to seconds.

Your graphics processor has to be the most quintessential component to your gaming computer. This single piece of hardware can be the difference between a gorgeous display and a hideous one. For most games, a single high end GPU should be fine but if you feel like stepping up your game, you can upgrade to adding two or three graphics cards like the Nvidia GeForce GTX 590. Keep in mind that at this level, you will be adding thousands of dollars onto your final price, but by coupling these with a great display, your gaming experience will be unreal.

Now that you know what to look for, get out there and pick yourself up a new gaming computer. If you are more of the hands-on type of person, you could even build your computer, which can save you hundreds of dollars. Have fun!

Richard Ells likes to build platforms from the ground up. While he earned a degree in web design using the resources at www.technology-colleges.info, his true passion is for hardware.

Related Topics:gaming computer
Up Next