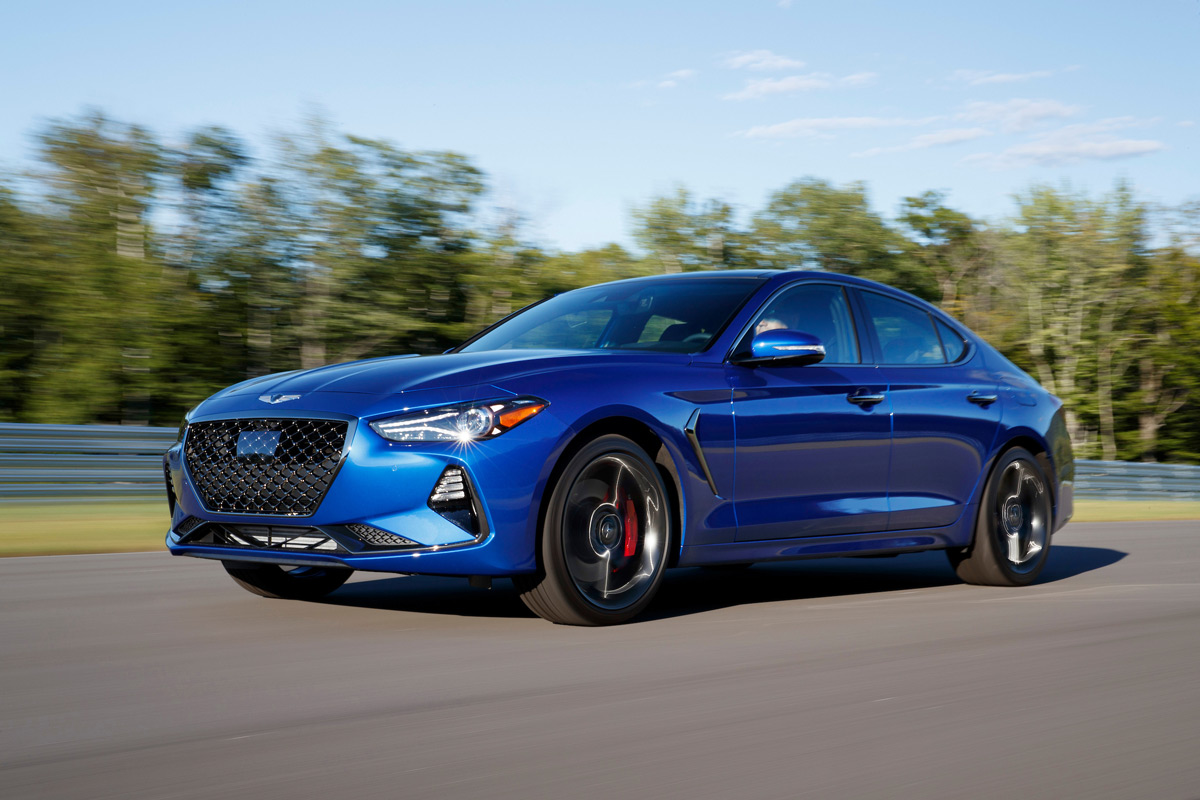 The all-new 2019 Genesis G70 is the company’s first attempt at taking on the midsized luxury sports sedan segment, and in particular face off against the BMW 3-Series. We’ve been eagerly awaiting a chance to drive this vehicle since it was unveiled at the New York Auto Show earlier this year, and a few weeks ago at IMPA Test Days, we finally got our chance to do so.

We were fortunate enough to sample both the affordable G70 2.0T (which is powered by a 252-hp 2.0-liter turbocharged inline four-cylinder) and the more powerful G70 3.3T (powered by a 365-hp 3.3-liter twin-turbocharged V-6) variants.

Both of these may be trim levels of the same car, but which one drives better? Here are our non-instrumented, seat-of-the-pants findings:

This one should be fairly obvious, but when it comes to outright acceleration, the base model 2.0T doesn’t stand a chance against the 365-horsepower 3.3T, which rockets from 0-60 in just 4.5 seconds. Although the 2.0T puts out a more than adequate 252 horsepower, the 3.3T’s acceleration is just nuclear, pinning you to the back of your seat.

In normal driving, the 2.0T feels perfectly fine, but crest 4,000rpm and it quickly runs out of steam. Luckily, that’s not the case in the more powerful G70. The twin-turbo V6 is a missile, producing meaningful thrust all the way to redline. 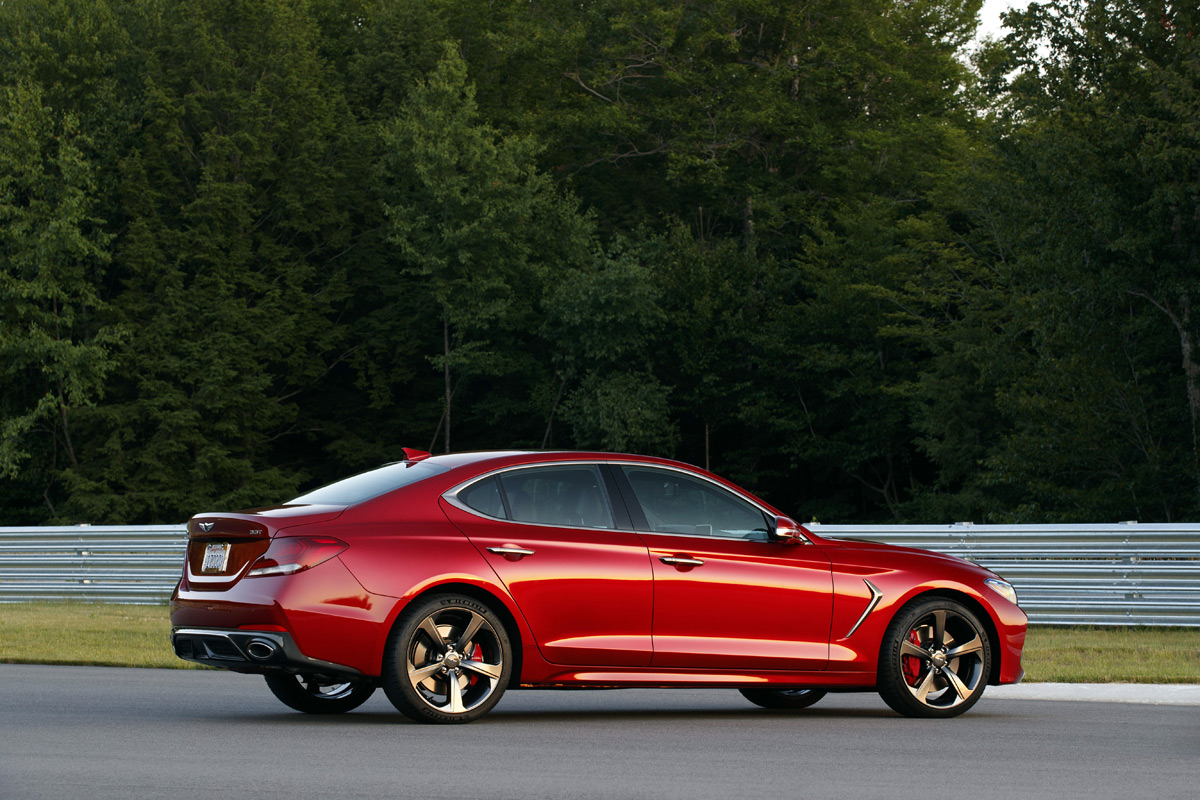 Although the 3.3T is much faster, the lighter 2.0T just feels better to drive. The 3.3T we tested had Hyundai’s H-Trac all-wheel-drive system, which coupled with the heavier V6 made the front end feel much heavier than the RWD 2.0T.

The 2.0T is more fun to whip into turns and exercise the superb chassis, while the 3.3T is more of a point and shoot affair. Sure, they share the same platform , but adding a heavier engine and AWD really changes the character of a car and the general sensations of driving.

With a starting price of only $34,900, the base Genesis G70 2.0T undercuts the more expensive G70 3.3T H-Trac by over $10,000 as the 3.3T AWD starts at $45,750. Between the base 2.0T and the 3.3T H-Trac we drove, it was clear that the base model is anything but base. This little premium sedan is hugely impressive at the $35K mark. The interior is sophisticated and well appointed, while the exterior’s taught body and sleek styling cocoons a well-sorted chassis.

Other Genesis G70 trim levels have a lot to offer as well. Forego AWD, and the most affordable 3.3T can be had for only $43,750. For those of you looking to row your own gears, there’s even a 6-speed manual option (for the 2.0T only) that will set you back $37,900 and comes with a limited slip differential and other performance-oriented goodies. If you want all the bells and whistles, a fully loaded 3.3T Dynamic Edition clocks in at $52,250. 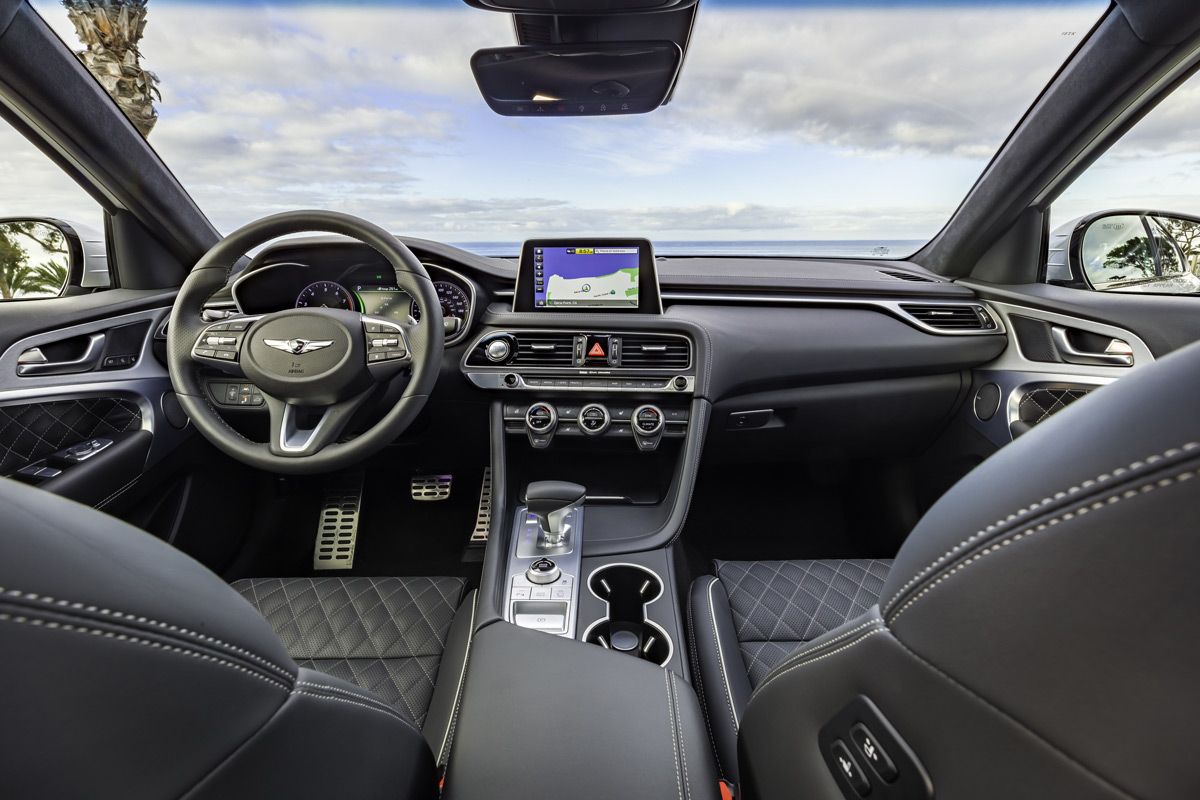 Overall, we think Genesis really knocked it out of the park with the new G70 sedan, delivering a dynamic vehicle that’s a ton of fun to drive. If you’re in the market for a luxury sports sedan, you owe it to yourself to test drive one today.

Related Topics:2019 Genesis G70GenesisIMPA
Up Next

The Best Way To Wash Your Car At Home

The 2019 Ford GT Carbon Series Stole The Show At SEMA