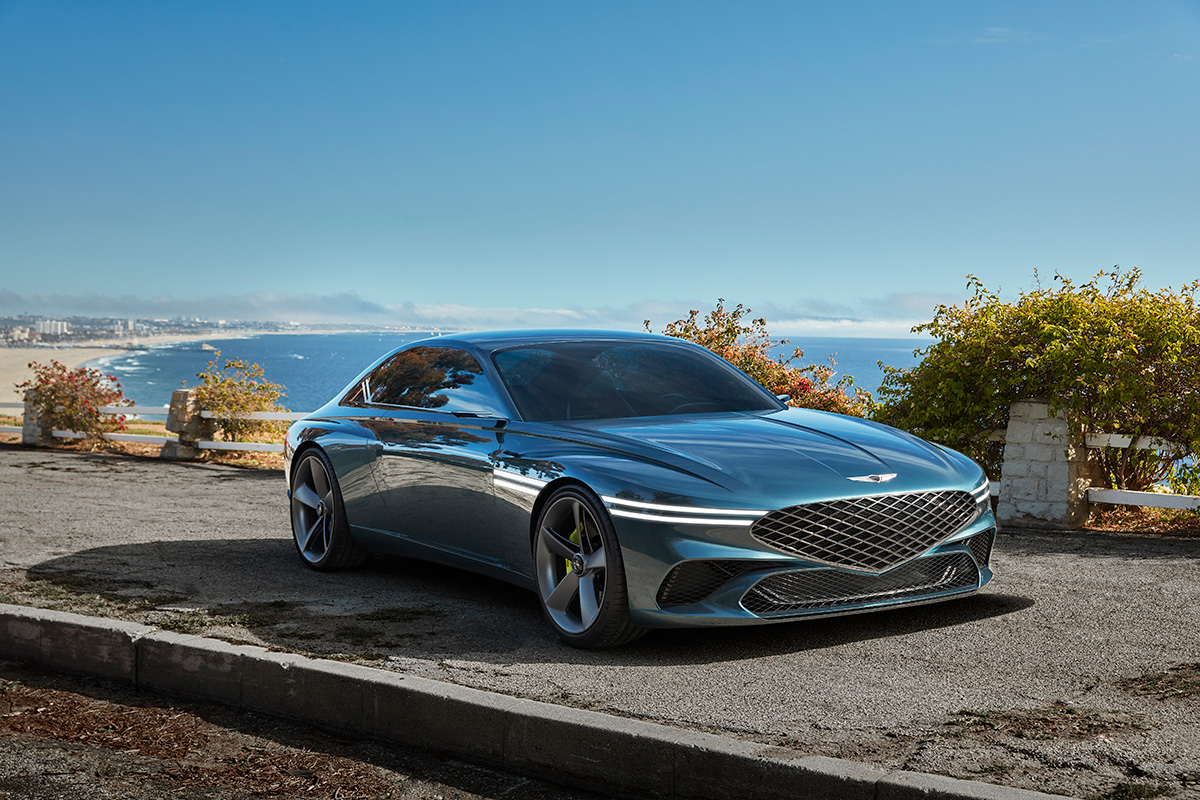 Genesis always knocks it out of the park with their concept vehicles (like the New York, GV80, Essentia, and Mint), and the all-new Genesis X Concept is no exception.

The new Genesis X is designed to be an electric GT (Gran Turismo) car for the not-too-distant-future, and it’s sure to convince even the most staunch EV-haters that maybe electric vehicles aren’t all bland and boring. Described as “the ultimate vision of athletic elegance,” it features a “Two-Lines” theme throughout the vehicle with a blend of new and familiar styling cues. 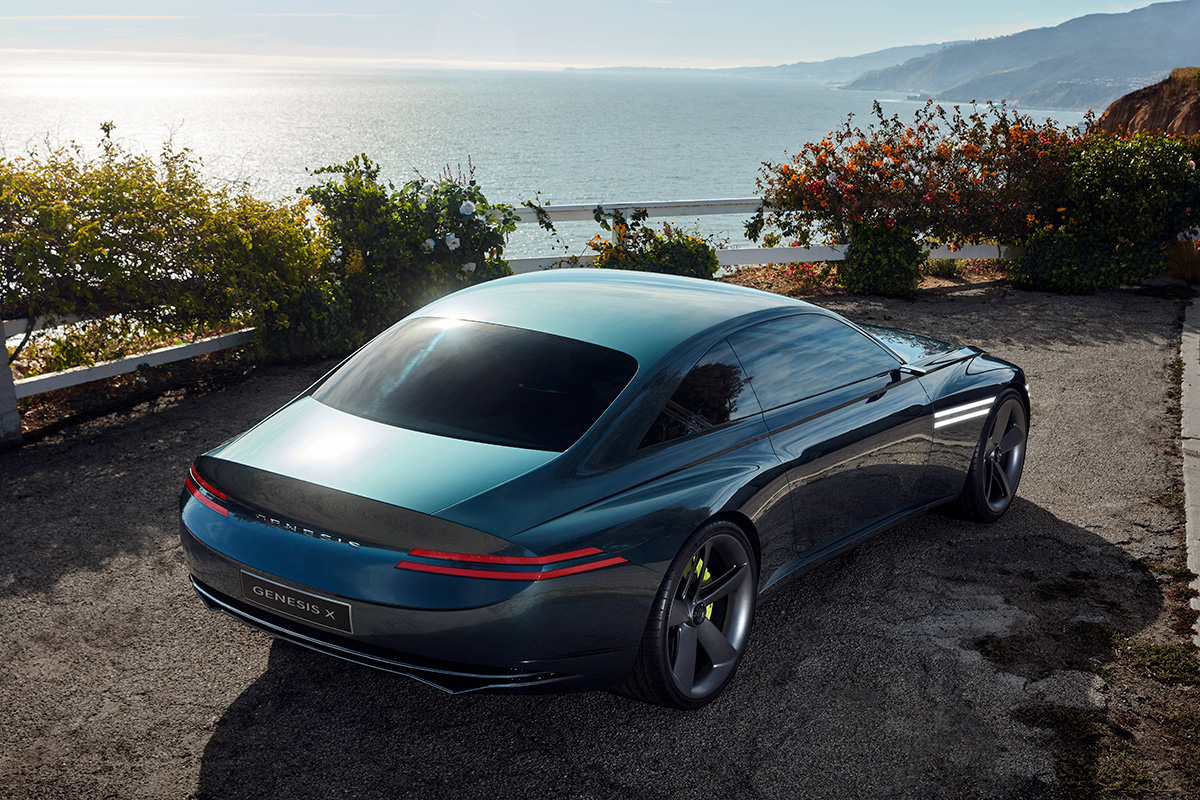 Ironically, I’ve been very outspoken about the huge Crest Grille and the two-lined headlights and taillights in recent Genesis models like the G90 and GV80, but in the Genesis X, these bold styling cues just work. Maybe it’s like the Lexus spindle grille, it took them a few tries, but they eventually got it right.

Visually, the car is just gorgeous, presenting a simple, yet sophisticated image by integrating the hood and the fender to create a single panel-based Clamshell hood, resulting in one clean, sensual and uninterrupted surface. The bottom front air vent intake features a thin and sophisticated mesh form that not only creates a sturdy impression, but also helps cool down the vehicle, facilitates airflow, reduces air resistance, and helps extend mileage. 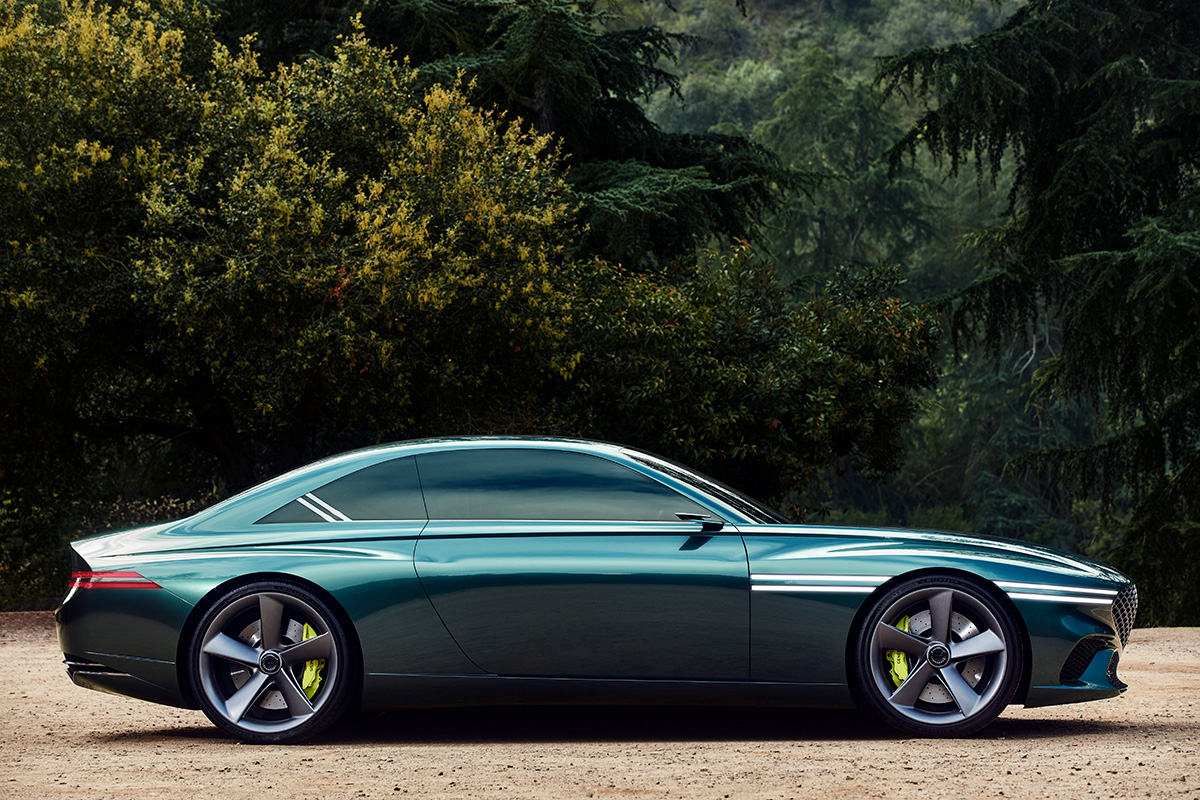 The side follows the traditional GT model design with a long hood and a short rear, and the two-lined lamps leading to the headlamps and taillights are impressive. In addition, the arching Parabolic Line that runs along the side, and the fender’s maximized volume, create a dynamic and elegant impression. The Two Lines’ design in the Digital Side Mirrors and the side window molding accentuate the sophisticated aspects of Genesis design.

Furthermore, while the slick, slide-to-open charging door, which features no parting lines, creates a progressive and high-tech image, the Two Lines design element is emphasized through the two-lined lights around the charging port. Genesis maximized the concept car’s sporty sensibility by incorporating two-layered, turbine-type alloy wheels with five spokes. The brake calipers’ lime accenting hints at the high-performance character of the Genesis X Concept. 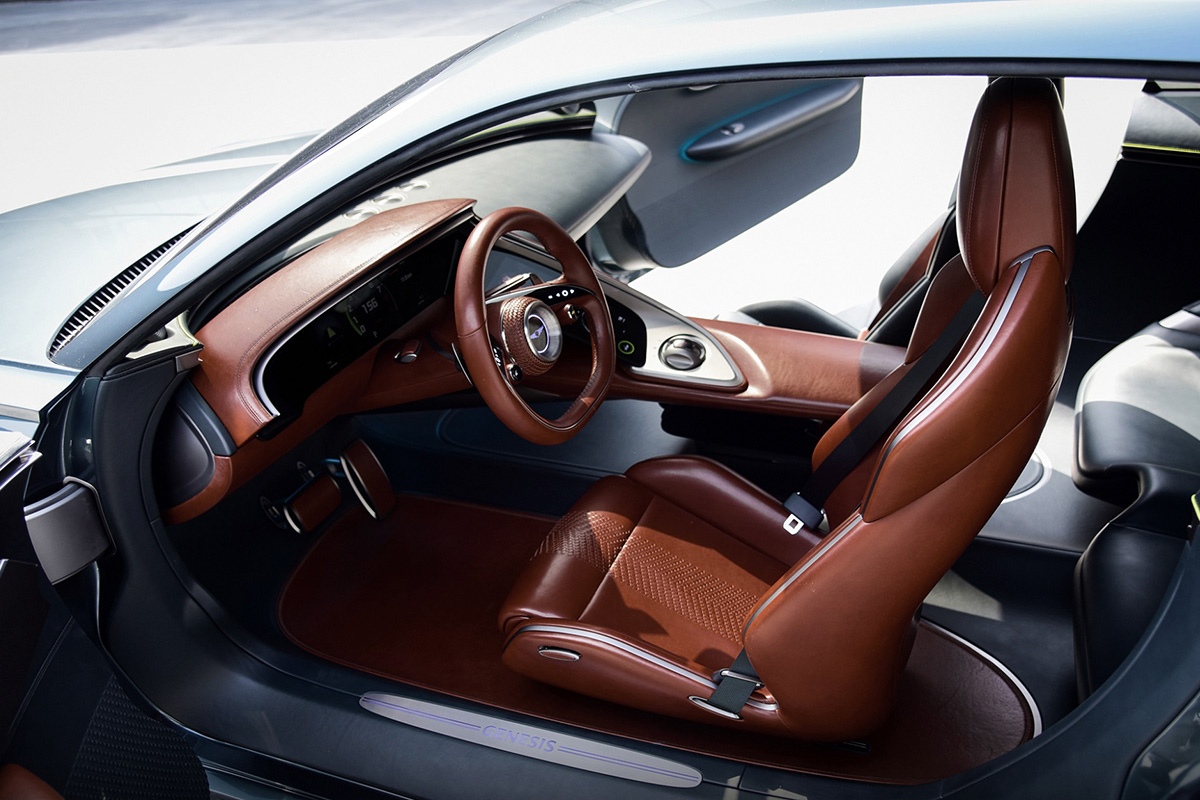 The rear design, incorporating the shape of a horseshoe, exudes a simple and sleek image, while the voluminous fender creates a sophisticated, yet strong impression. In addition, the taillights, which feature a two-lined design like the headlamps, evoke a sense of unity with the front, and create a sophisticated and sensual image with diffusers that accentuate the Two Lines aesthetic.

As for that stunning exterior color, the Genesis X Concept’s Lençóis Blue color was developed to express the level of sustainable luxury that Genesis pursues. It is inspired by the lagoons of Maranhenses National Park in Brazil, where a lake forms only during the rainy season. Inside, inspired by the Beauty of White Space, the interior features a driver-oriented design with a cockpit that surrounds the driver with all operating systems and displays. 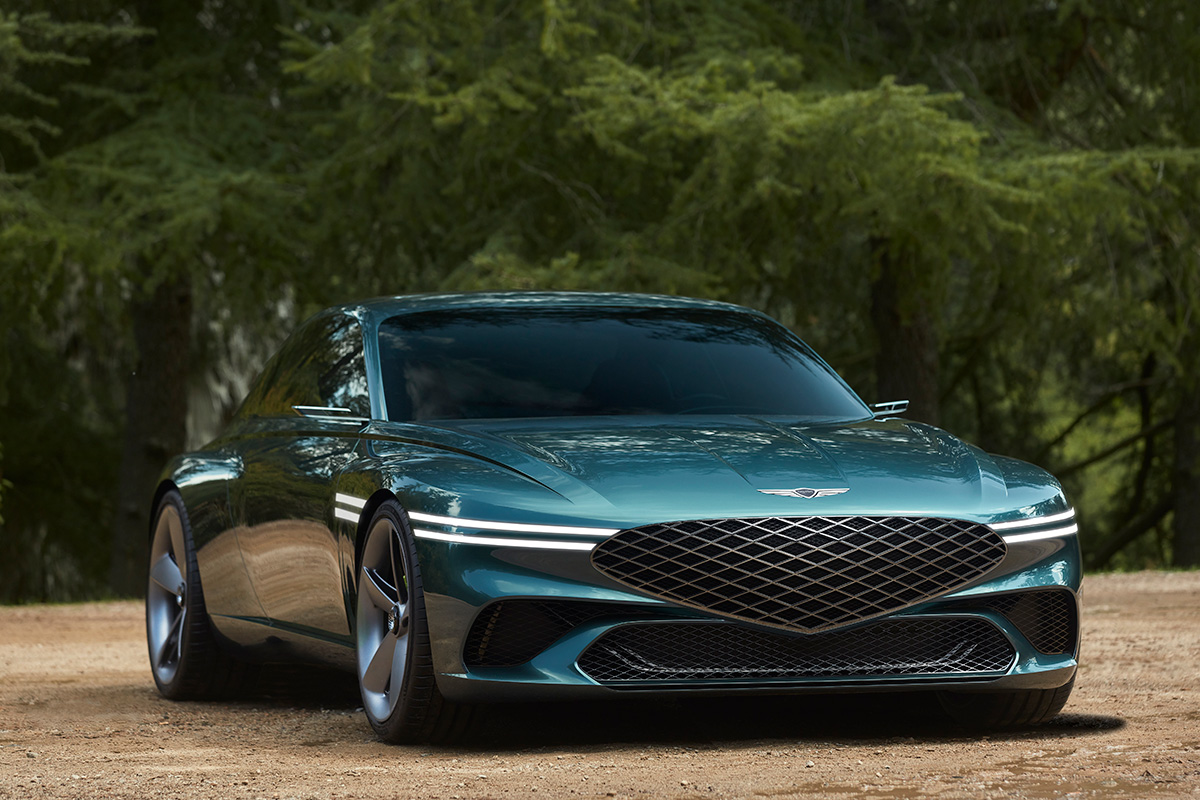 While it’s doubtful that we’ll see this vehicle make it to production (like the previous concepts before it), it’s likely that a lot of things from the Genesis X Concept will find its way to a future model. And that’s most definitely a good thing.

Related Topics:conceptEVGenesisGenesis X
Up Next