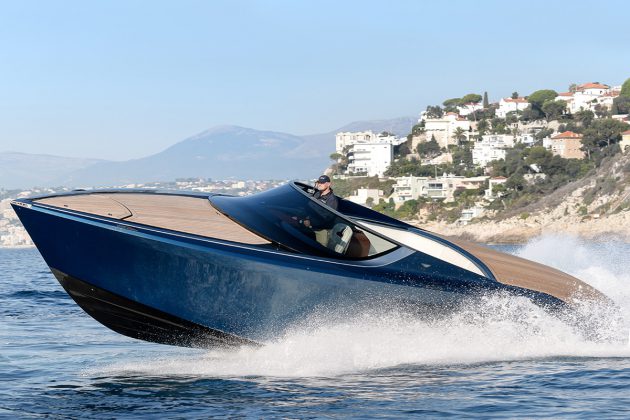 When Aston Martin said it would explore new segments, we never expect that they’d be talking about a yacht! But why not, considering that the typical Aston Martin customer probably owns one or two of them already.

Quintessence Yacht collaborated with Aston Martin to build the AM37, a name that hints at its 37-foot length. It will feature a hull made of lightweight composite materials, and structural parts crafted out of carbon fiber in order to keep its weight in check. Quintessence promises world-class handling, performance, and comfort, due to it’s high-tech construction. 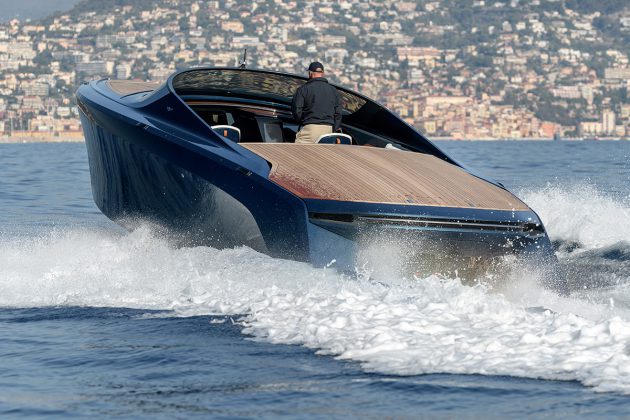 The AM37 will be just as high-tech on the inside, with a fully-integrated HD touch screen controlled by either voice commands, regular buttons located on the dashboard, or a remote control. The boat will be fitted with a pair of individual captain’s chairs and a sofa-like wrap-around rear-bench with room for at least eight people.

No technical details have been revealed, but we do know that two versions of the yacht will be offered: The AM37 S will be a sport yacht capable of reaching a top speed of 60 knots, while the standard AM37 will be a more luxurious GT-style boat with a top speed of 50 knots. 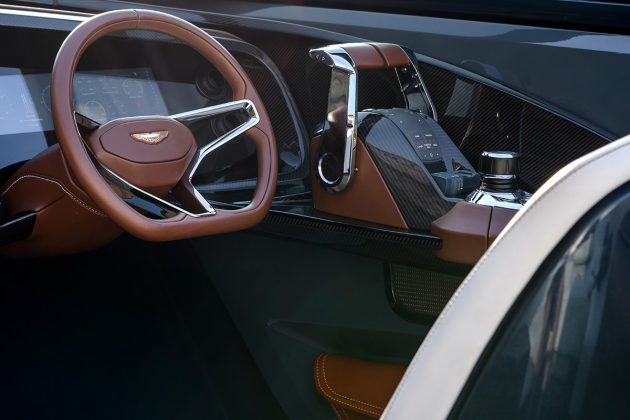 The first prototype is currently being built in a new facility located in England, so the photos you’re looking at are computer-generated images that gives us a good idea of what to expect from the boat. Aston Martin and Quintessence will be debuting the AM37 at a private event later this year.