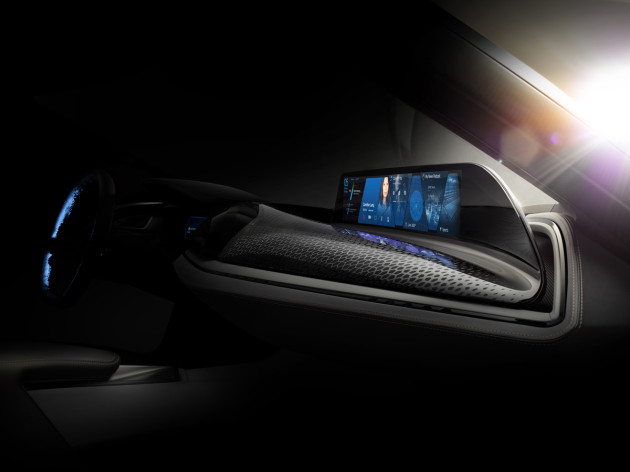 BMW will be on hand at the Consumer Electronics Show (CES) next week, where they’ll be showing off an i8 convertible equipped with AirTouch, which they believe to be the future of the car user interface.

While there is nothing wrong with touchscreens (I actually prefer them), as screens have gotten bigger and bigger, they have been moved higher up on the dashboard (and out of reach) due to real estate constraints. As such, you’re forced to use knobs or touch pads in order to navigate the screen, which is often less than ideal. BMW believes they have a better solution, which they’re calling AirTouch.

The technology is actually an evolution of the Gesture Control that’s offered in new BMW 7 Series, and as the name suggests, AirTouch allows the display in a car to be operated like a touchscreen without actually having to make contact with the surface. Sensors installed between the center console and the mirror respond to hand movements and permit three-dimensional control. A movement of the hand or a gesture activates the surfaces on the large panorama display, and there’s a button on the steering wheel to confirm actions.

The concept sounds rather interesting, and we can’t wait to try it out for ourselves at this year’s CES.

The Self-Driving Rinspeed Etos Concept Comes With It’s Own Drone!