When it comes to electrification, you don’t hear too much about BMW, even though they came out with the BMW i3 and BMW i8 in the early days of EVs. But trust me, after people see this video, they’ll be talking about BMW in a whole new light!

Feast your eyes on The Electrified Wingsuit, which is exactly what it sounds like, a wingsuit that daredevils use to fly though the air (much like a flying squirrel), only this special suit has an electric engine, boosting the performance of the wingsuit to fly in a better constant glide, pick up speed, and gain altitude in flight. 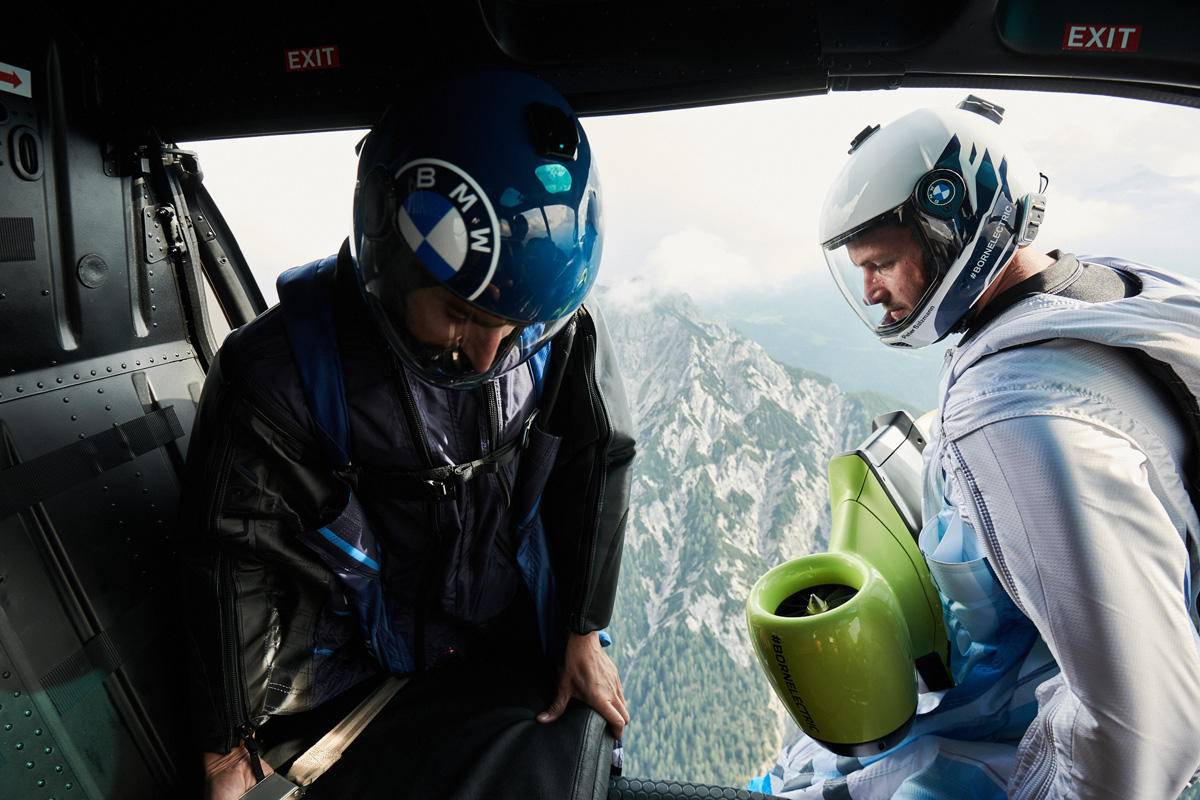 BMW’s i and Designworks divisions teamed up with professional wingsuit pilot / basejumper / skydiver / stuntman / sport scientist Peter Salzmann on this ambitious project, spending more than three years to bring this dream to reality. And as you can see from the video above, all of their hard work finally paid off with this successful flight caught on camera.

The Electrified Wingsuit takes the the well-known fly suit design and adds a compact electric drive unit that houses two carbon propellers, each around 5 inches, delivering a total power output of 15 kW, running at a speed of around 25,000 rpm and weighing in at 26 lbs. Powered by a 50 V lithium battery, it delivers power for as long as five minutes. 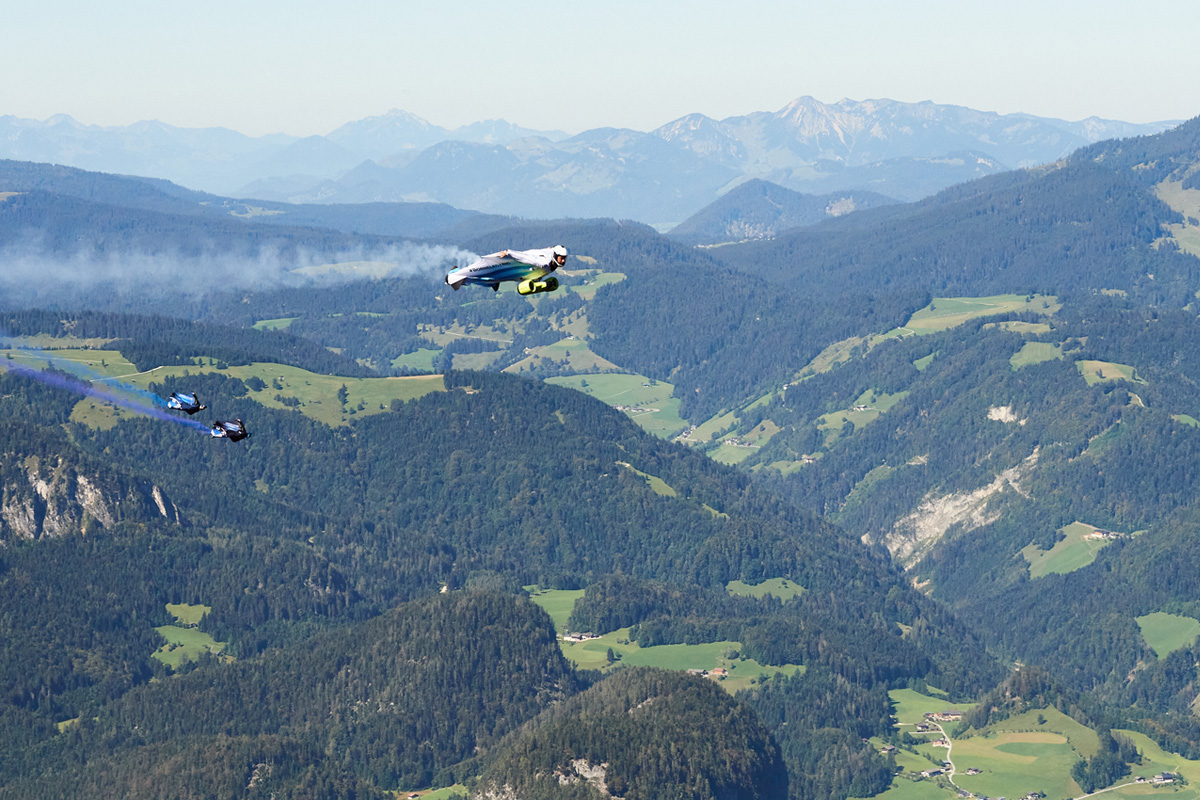 Much time was spent in the AEROLAB, BMW’s horizontal wind tunnel that is used to shape its cars in Munich. The wind tunnel testing was used to validate and compare the various impeller variants and wingsuits. “During the first runs we tested the entire ensemble with a dummy, but with the original impellers and wingsuits, and measured all forces and moments. We then decided on a variant of the impeller and the specific positioning,” explains Salzmann.

With this preliminary design of the propulsion unit, Salzmann then performed the first test jumps from a helicopter in order to get a feel for how the equipment would effect his flight behavior. Afterwards, two prototypes were constructed with the impeller, battery technology and the necessary electronics built in, and then it was time to hit the air. 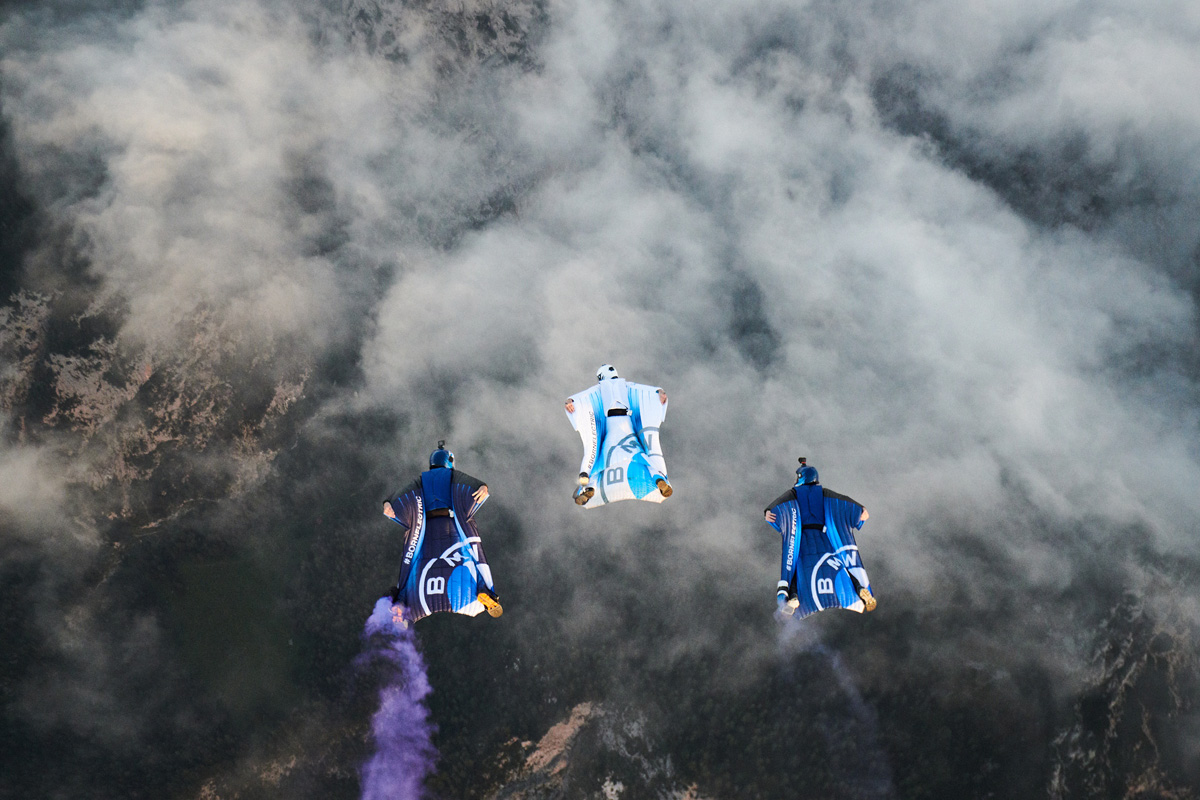 Salzmann completed more than 30 test jumps with the fly unit, making tweaks along the way to improve airflow to the impellers, reduce weight, and more. With all of that testing finally done, it was time for the main event, jumping from 10,000 feet over the Drei Brüder peaks in the Hohe Tauern mountain range in the Alps.

As you can see, the flight went off without a hitch, and the daredevil is already talking about going even higher, with his eyes set on going to South Korea and flying between high-rise buildings there once the COVID-19 pandemic is behind us. “I will have to train more. We will optimize the technique and look ahead boldly.” 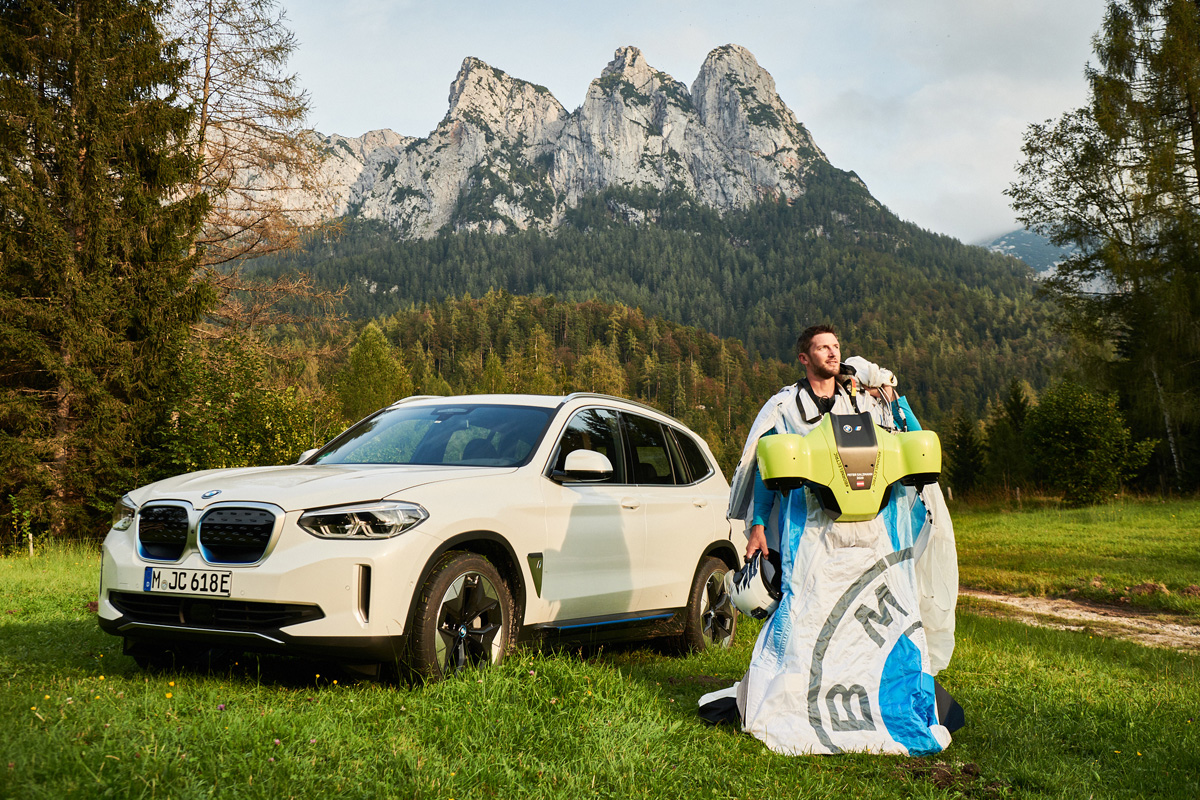 If you were hoping to get an Electrified Wingsuit of your very own, you’re out of luck, as BMW has no plans to offer it to the public. Given the liability concerns, this comes as no surprise. But it’s still cool to see BMW i’s electric technology being used in such a fun and exciting way.