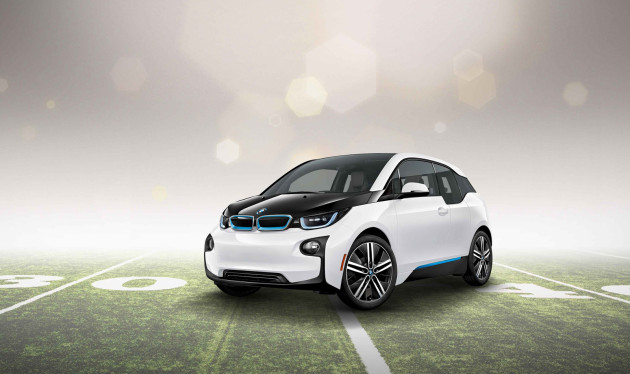 BMW has announced plans to feature the all-electric BMW i3 in a 60-second spot during Super Bowl XLIX on Sunday, February 1, 2015. After a 4-year hiatus, BMW will be returning to the big game with a commercial during the first quarter.

“As one in three Americans will tune in to watch the Super Bowl, we’re thrilled to use this platform to educate viewers on the importance of electric mobility,” said Trudy Hardy, Vice President of Marketing, BMW of North America. “Big ideas like the BMW i3 take a little getting used to, and the creative idea surrounding our spot will play on this analogy.”

BMW i is BMW’s forward-looking and sustainable brand dedicated to solving many of the mobility challenges faced by the world’s most densely populated cities. The BMW i3 is the first of the BMW i vehicles constructed from the ground up primarily of carbon fiber. Currently available in the U.S., the BMW i3 has a starting MSRP of $43,350, and the range-extender model has a starting MSRP of $47,200.

Jaguar F-PACE Performance Crossover Is Given The Green Light