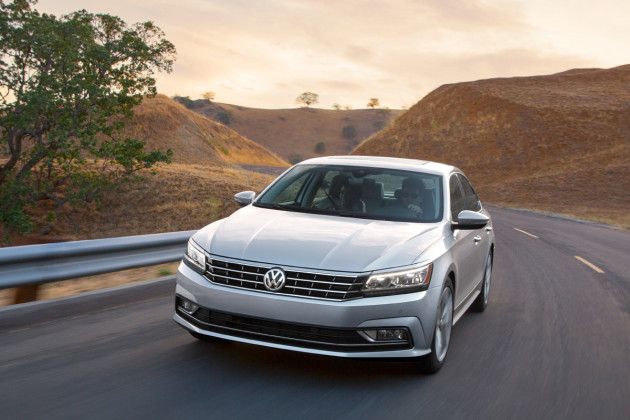 The 2016 Volkswagen Passat sedan receives a midcycle refresh, with new styling inside and out, as well as a host of new connectivity and driver assistance features. But the exterior changes are more evolutionary than revolutionary, taking a trained eye to distinguish new model from old on the streets.

A few weeks ago, Volkswagen brought us up to Vermont to experience the new Passat for ourselves, and we spent the day putting the 1.8T model through it’s paces. The verdict? Overall, we were pretty impressed with the car, though we wish VW would have take some more styling risks. Some extra power wouldn’t hurt either. 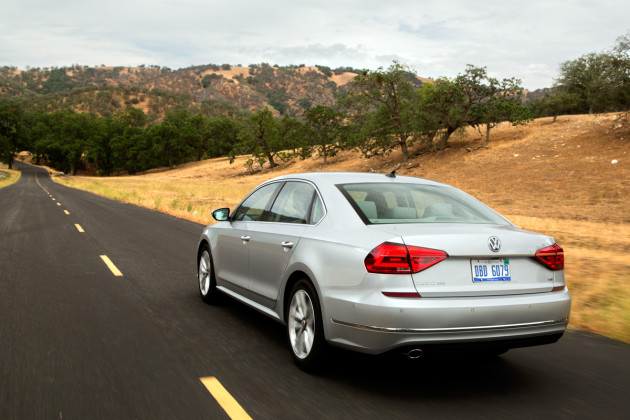 Surprised? We were too, until we learned that the VR6 is only offered on the top-of-the-line V6 SEL Premium model, which starts at a whopping $36,835. Considering that the 2016 Passat starts at $22,400 for a 1.8T S model, it became a little clearer why more people aren’t going for the VR6.

And as you’ve probably guessed, there was no mention about the 2.0-liter TDI diesel engine being offered in the 2016 Passat, for obvious reasons. 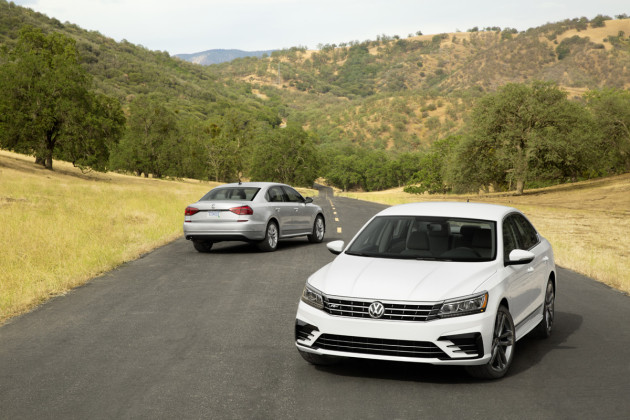 Exterior wise, VW has changed every body panel from the A-pillar forward, though it’s not all that obvious at first glance. Slimmer headlights, a more substantial fully chromed four-bar grille, and a sculpted, domed hood all work together to give the Passat a wider, more planted stance from the front. In addition, standard chrome window surrounds and door trim add to the premium nature of the design, as do available LED headlights and taillights.

At the rear, a new bumper and trunk lid help to shape the 2016 Passat’s new look. The car has a premium European-style flush rear license plate area, and a new chrome strip on the trunk connects the trunk lid to the taillights, making the rear lights appear lower and enhancing the grounded appearance.

But the real game changer here is with the R-Line version. This sporty model features unique rocker panels, a stylized front bumper with contrasting black accents, a modified rear diffuser, and anthracite-color Salvador aluminum-alloy 19-inch wheels shod with 235/40 all-season tires. This is the model to get if you want to turn some heads on the streets. 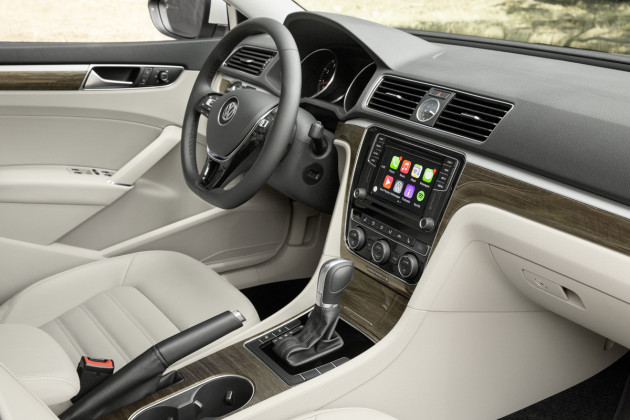 The inside of the 2016 Passat was designed and specifically tailored for the US market. It delivers plenty of space for five adults, ingress and egress is effortless with large, wide-opening doors, and the large trunk can accommodate 15.9 cubic feet of luggage.

Step inside the Passat, and the changes are immediately noticeable. A new dashboard and center console, along with integrated two-tone décor panels, are first to catch the eye. The top of the dashboard is structured with sharper contours and a sculpture line. The instrument cluster is similar to the current Golf, with two large dial faces and a display screen set between them. There’s also a new frameless rearview mirror that gives an understated touch of elegance, while new chrome trim pieces help add to the premium feel of the interior.

But perhaps the biggest change inside the 2016 Passat rests with the MIB II infotainment system, which uses a capacitive touch sensor that enables gesture controls like swiping and pinch-zooming. MIB II also features a proximity sensor, which detects when your hand is nearby and automatically switches its display to allow easier selection of specific features. And VW’s available Car-Net App-Connect technology allows integration with Apple CarPlay, Android Auto and MirrorLink. 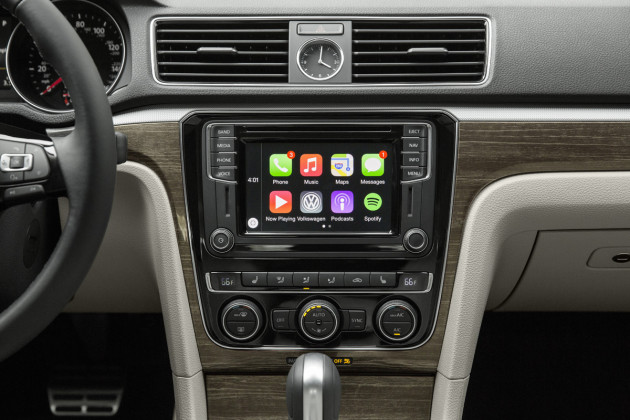 On the road, the 2016 Volkswagen Passat performed very well, with dynamic handling and precise steering, both reminders that you’re driving a German car. Acceleration is adequate for the segment, and the engine’s whisper quiet.

Assuming you keep the options in check, the 2016 Passat overs quite a bit bang for the buck, and we think it’s definitely worth checking out if you’re in the market for a mid-sized sedan.

Related Topics:2016 Volkswagen PassatVolkswagenVW
Up Next

The Best Cars From The 2015 Los Angeles Auto Show