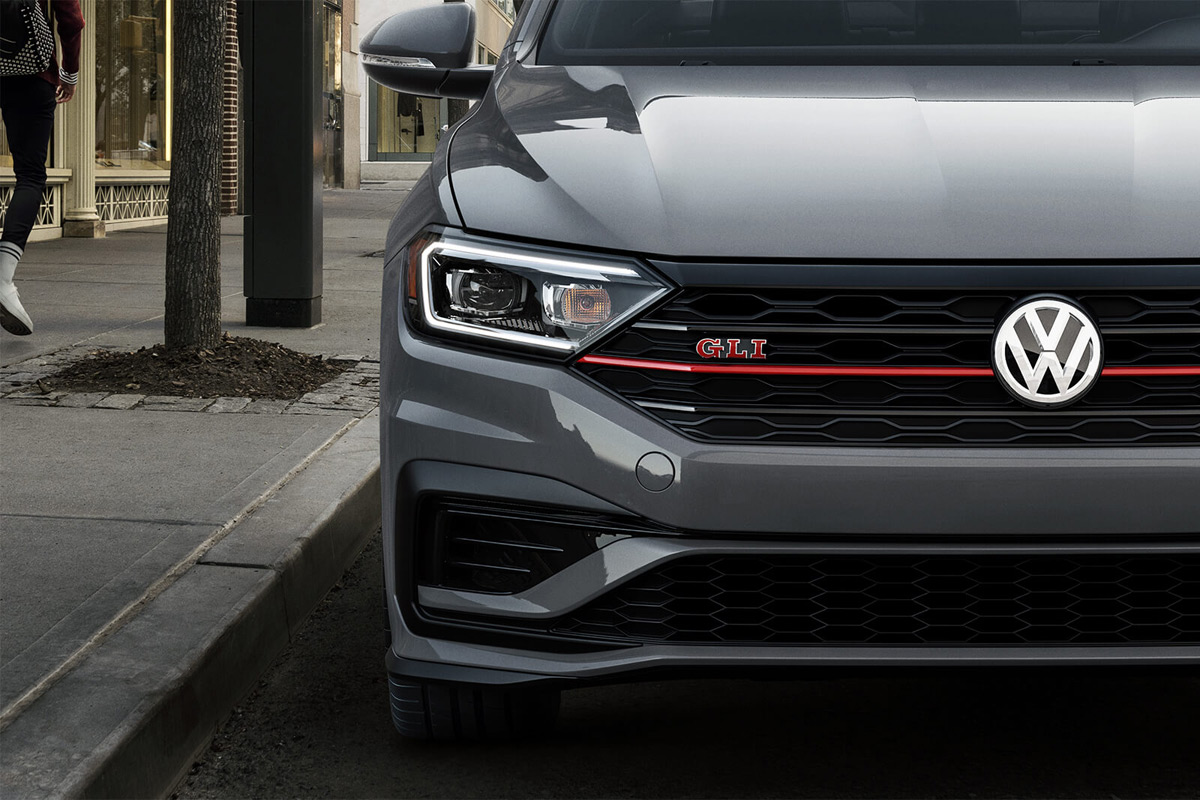 Volkswagen introduced the new sixth-generation Jetta GLI at the Chicago Auto Show, and this souped up compact sedan adds a number of performance features and cues from the Golf GTI. It’s everything you love about the GTI, but in a grown up package.

The Jetta is all-new for 2019, completely overhauled to cater specifically to American buyers, with bolder design, more interior space than the outgoing model, and new technology. The new Jetta is a little larger, with more rear seat room as a result. And now, it’s getting the GLI treatment with performance parts from the GTI and R to “give buyers a true sport sedan.” 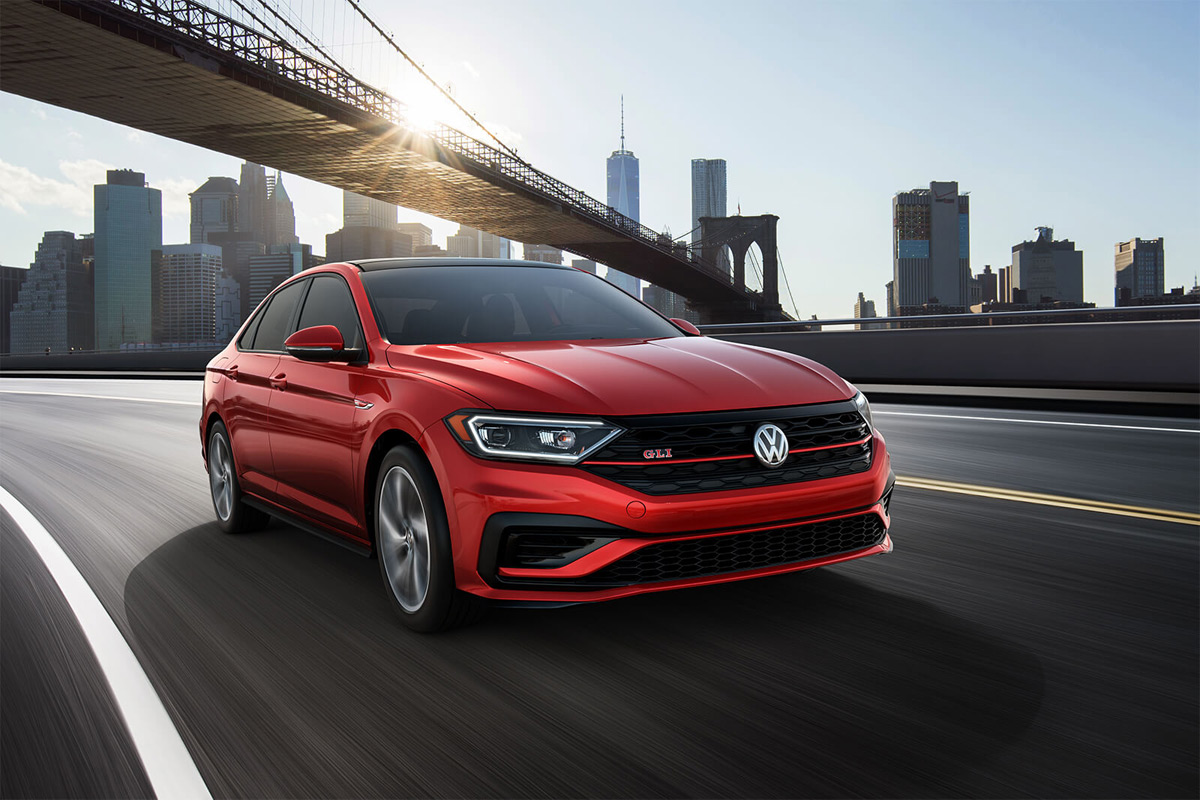 The 2019 VW Jetta GLI features a sports suspension that lowers the car 0.6 inches and gives it a more planted look. Visual cues like the black honeycomb grille with red accent line, a rear spoiler on the deck lid, and a unique finned rear diffuser above chromed exhaust tips are all there to make sure nobody mistakes this for a regular sedan. Golf R brakes with red-painted calipers stand out in the sleek 18-inch aluminum-alloy wheels exclusive to the GLI. Standard LED projector headlamps and LED daytime running lights are also included.

What’s really changed, though, is under the hood. The Volkswagen Jetta GLI is powered by the same 2.0-liter turbocharged direct-injection engine found in the GTI, putting out a mighty 228 horsepower and 258 pound-feet of torque (18 more horsepower and 41 lb-ft more than the previous GLI), thanks mostly to variable valve timing for both intake and exhaust. 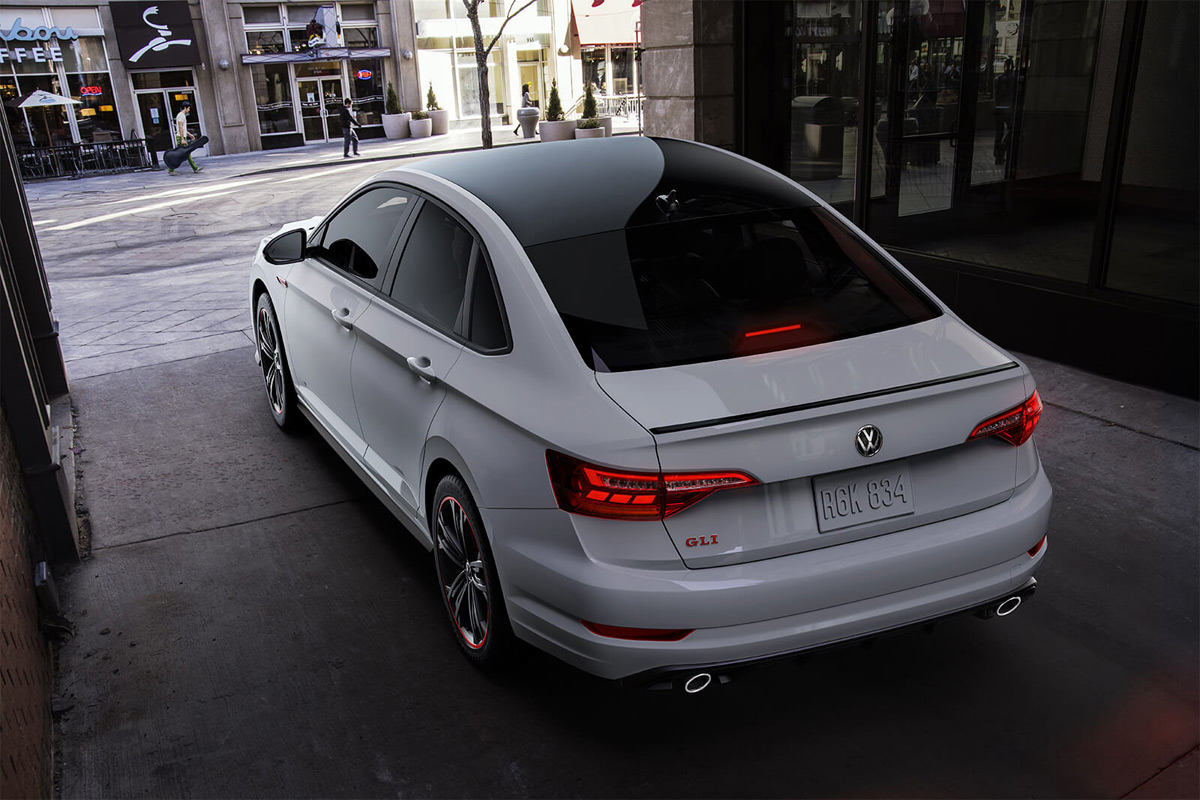 We’re happy to report that a six-speed manual transmission is still the standard choice for the Jetta GLI, as is front-wheel drive. A seven-speed dual-clutch (DSG) automatic transmission is available, specially tuned for the GLI’s size over its GTI cousin.

The GTI’s VAQ electronically-controlled, torque-sensing, limited-slip differential is also on the GLI, helping to eliminate understeer. The DCC adaptive damping system, which allows the driver to adjust damping settings for better on-road driving and comfort, is also available. 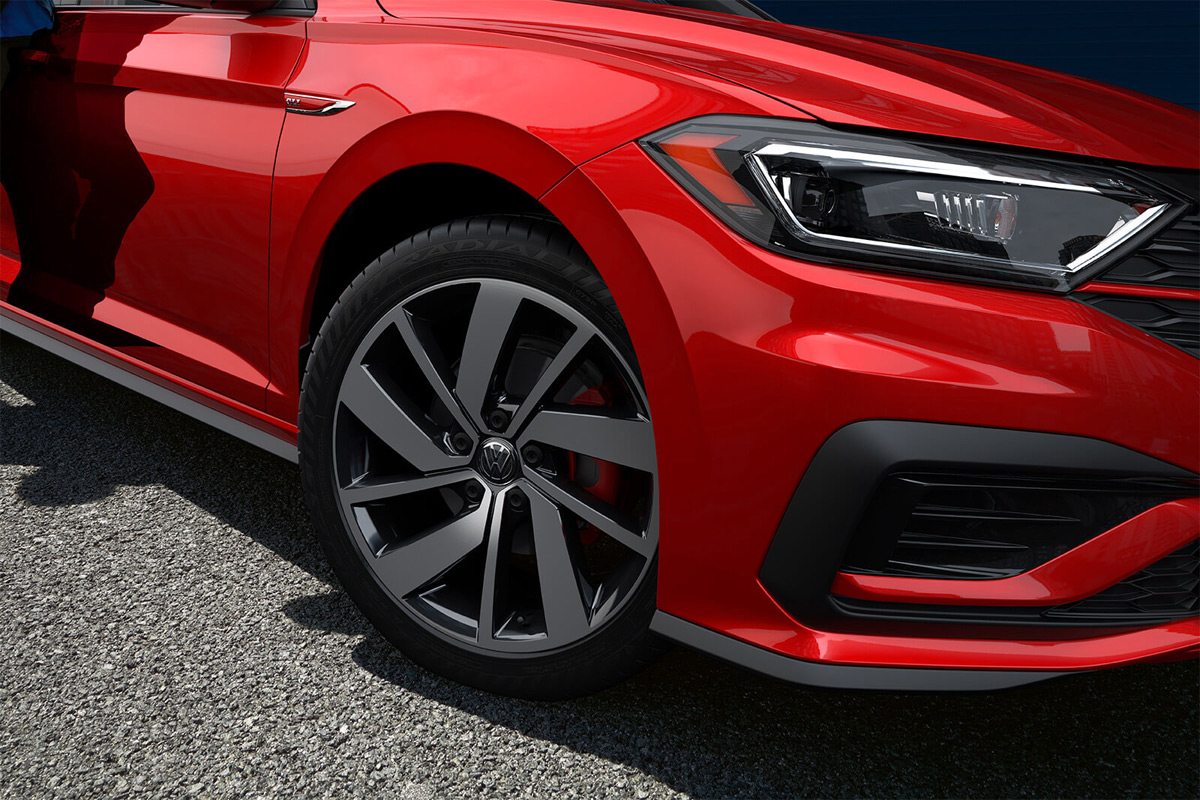 A special 35th Anniversary model will be offered in limited numbers as well, featuring unique black wheels with a red stripe, a black roof, black mirror caps, black tail spoiler, and 35th anniversary badging inside and out, and it comes fitted with DCC and a few other options as standard equipment.

The 2019 Volkswagen Jetta GLI is expected to begin arriving at dealers in the Spring of 2019, with pricing and details to be announced closer to launch. 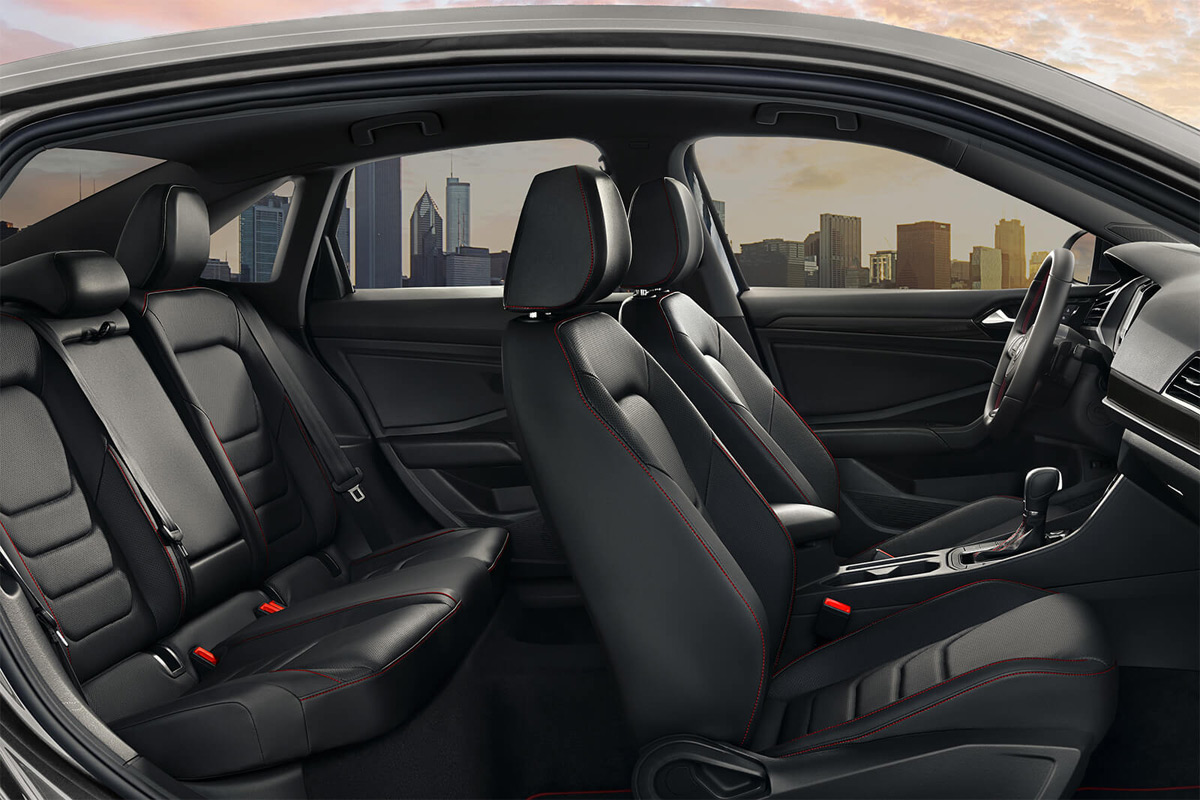 What do you think of the 2019 Volkswagen Jetta GLI?