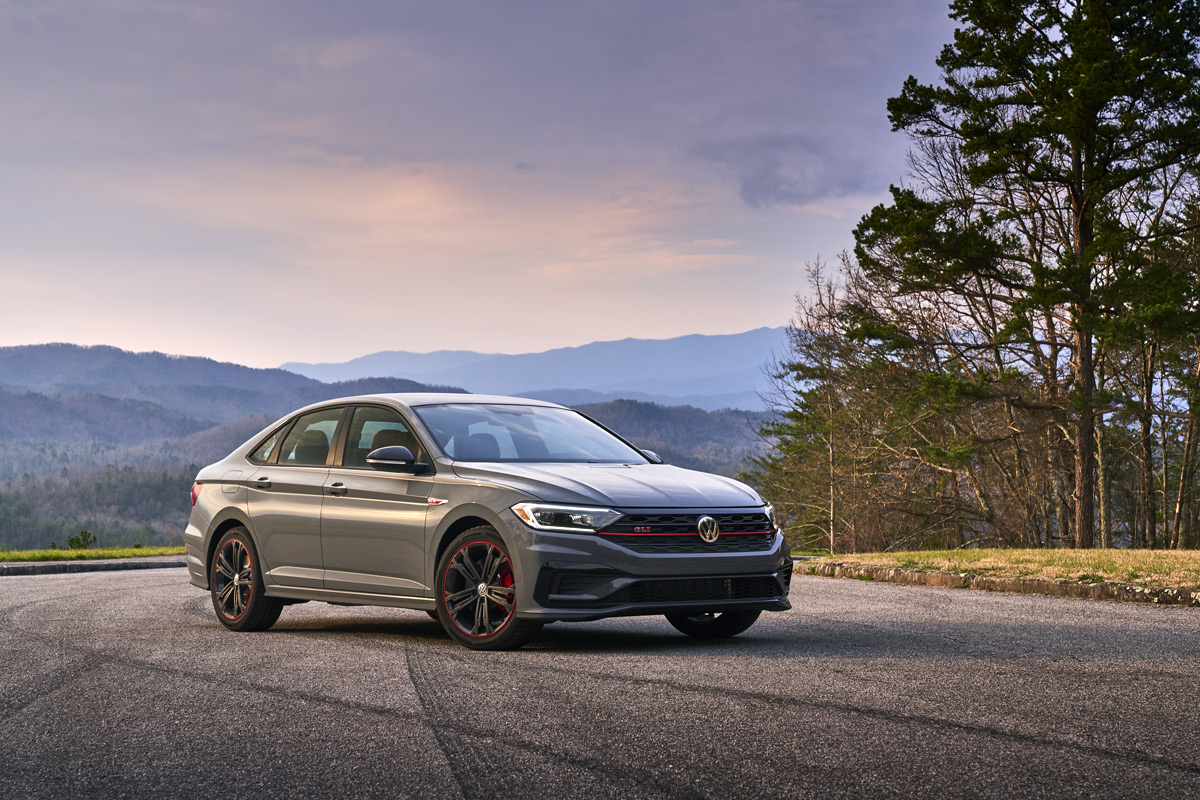 The Jetta has been fully redesigned for the 2019 model year and Volkswagen announced that a sport-centric GLI edition would be in the offing. We got pretty excited when it announced and were even happier when the actual Jetta GLI showed up in our driveway for a week-long test drive. And as expected, we enjoyed every minute of it.

The 2019 Volkswagen Jetta GLI adds performance components from the GTI line, including the 228-horsepower 2.0-liter turbocharged four-cylinder engine. That adds 14 hp over last year’s performance model, not to mention an extra 51 pound-feet of torque (making 258). A six-speed manual transmission, as we drove it, is preferred for performance fun, but there’s a seven-speed automatic too. 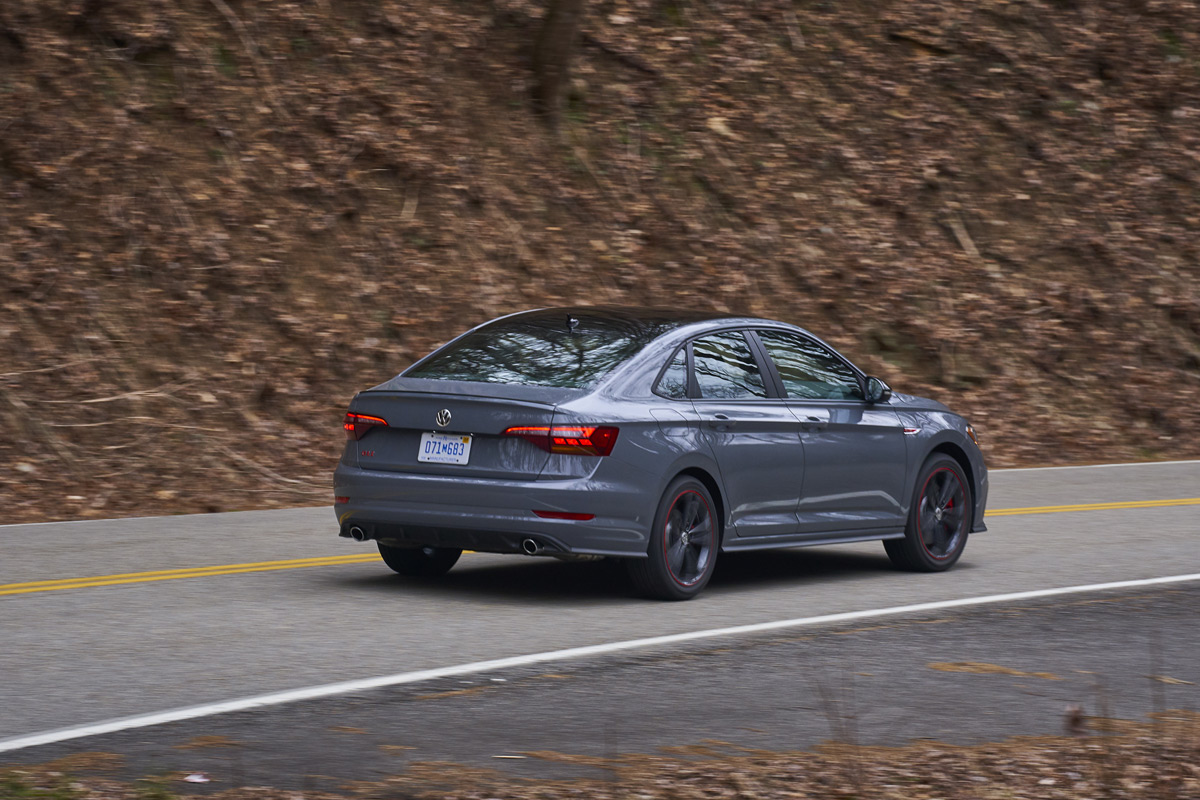 The Jetta GLI is now a favorite in the hot little sport sedan market. It offers a better drive than the Honda Civic Si and it’s more comfortable and usable than the Subaru WRX is. There are three trim levels to the Jetta in its GLI package, starting with the base model S and moving to the 35th Anniversary (which we drove), and finishing with the Autobahn. 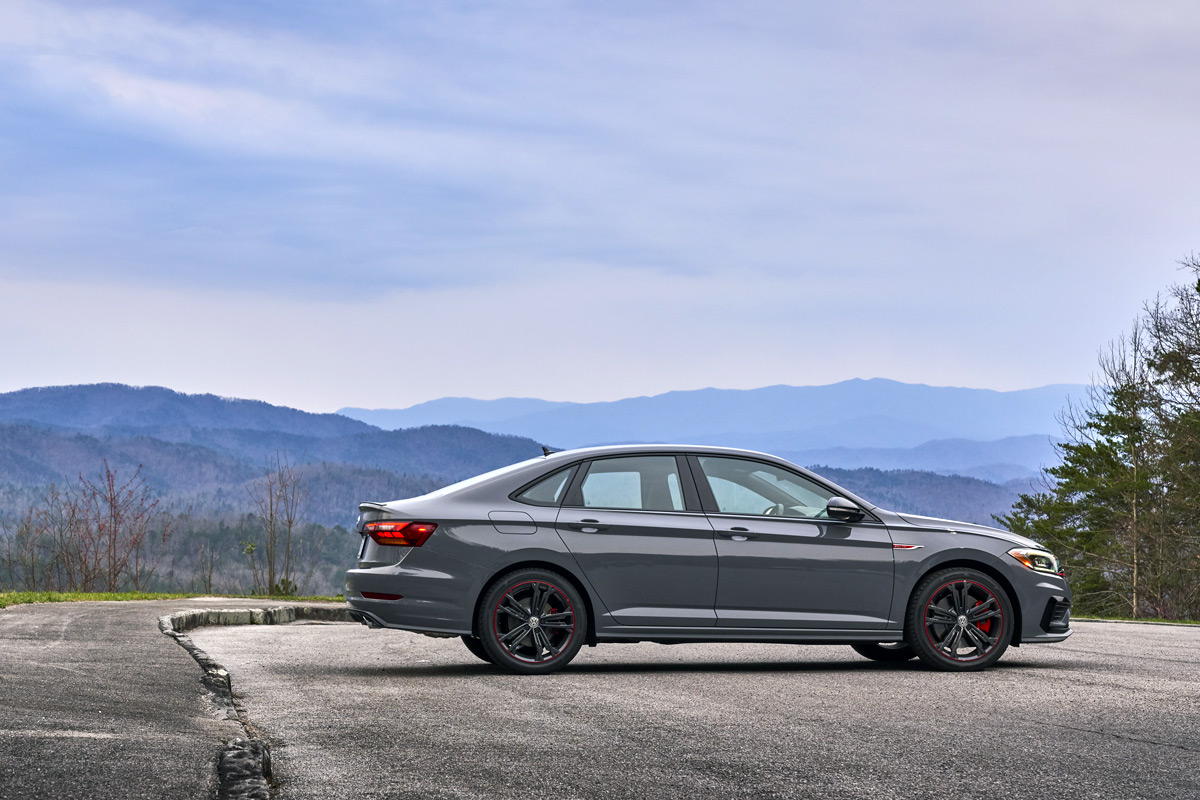 Unique to this version of the Jetta GLI, the Dynamic Chassis Control (DCC) system allows the driver to select from three suspension modes adjacent to or separate from the drive mode system for the car. Sport mode tightens the suspension for more dynamic driving and a better road feel, Comfort does the opposite, loosening things to allow more movement and road absorption, while Normal mode fits in the middle of the two. No matter the driving mode chosen, the suspension will adapt slightly to varied conditions, tightening in corners and loosening at sustained highway speeds. The control system is more about choosing how much that adaptive adjustment actually changes things than it is setting a specific, static point.

The Jetta is already a very well-done sedan, with a good balance and strong design. The GLI adds more power and better handling to that. It’s similar to the Golf GTI, but not as boxy nor as small. The GTI is faster, being smaller and lighter in weight, but not as comfortable in the back seat nor as stylish in looks as is the Jetta GLI. 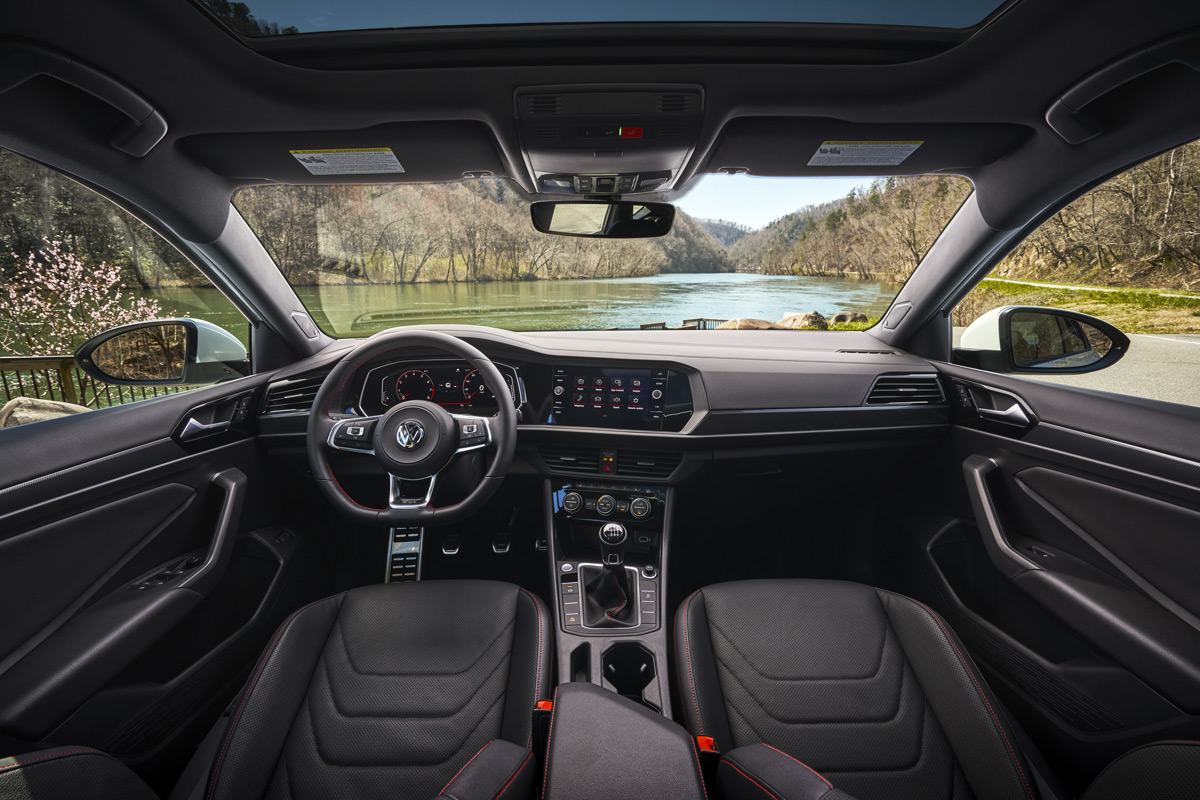 The last year of the Jetta GLI in its previous rendition was 2014 and the car has come a long way with this relaunch. With standards like Apple CarPlay and Android Auto as well as a digital instrument cluster, forward collision warning with automatic emergency braking, and a very well-done Beats Audio system, this new Jetta GLI is a huge leap forward for the car.

It’s hard to find complaint with a car this good. The 2019 VW Jetta GLI has a starting price of $25,995. We’d recommend the manual transmission, which is one of the smoothest you’ll ever try, and the 35th Anniversary Edition (starting at $26,995) for the best bang for the buck.

5 Things You Didn’t Know About Rolls-Royce