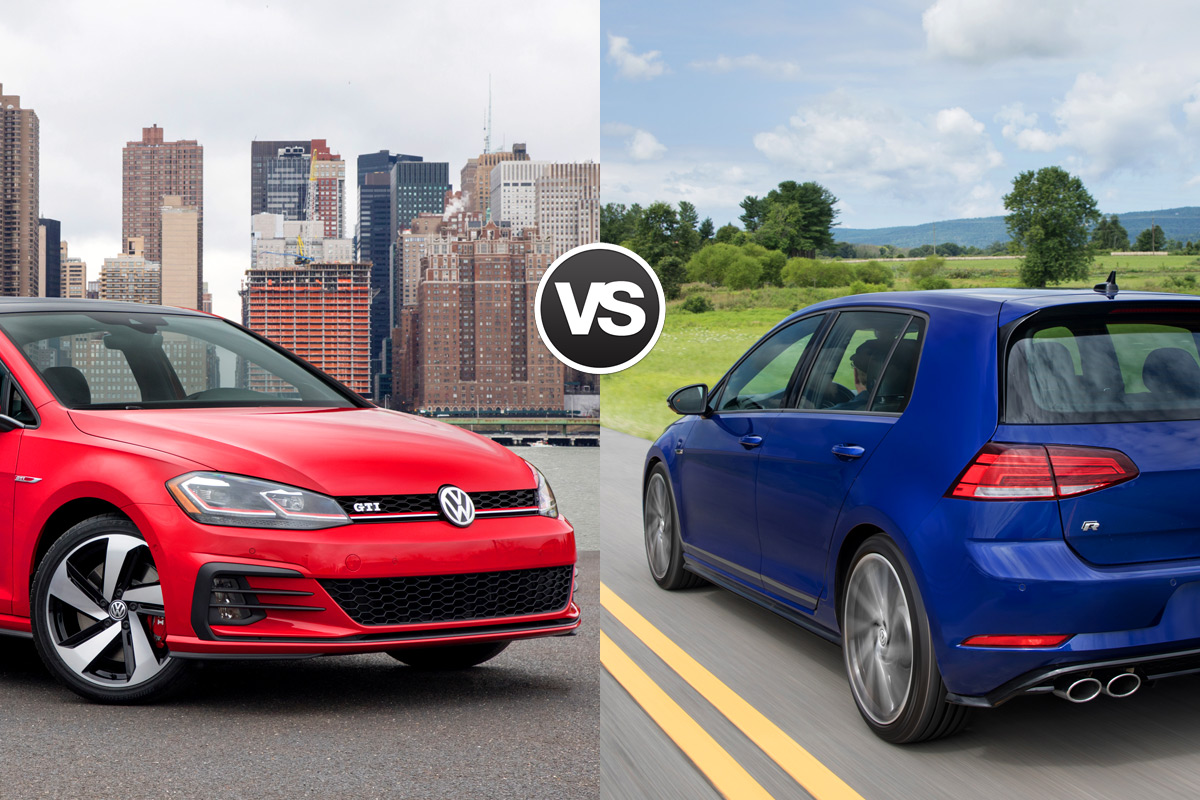 There are two performance variants of the Volkswagen Golf, the GTI and the R. Both are what define the term “hot hatch” and both have the same excellence found in the Golf’s basic qualities. We spent a week in each of them to find out which is the better choice.

Both the 2018 Volkswagen Golf GTI and 2018 VW Golf R have roomy interiors, a versatile hatchback nature, and are excellent urban and suburban driving options. All things inherited from the parent Volkswagen Golf platform that the cars are designed from. The differences between the Golf’s performance variants are few, but important.

Most of the differences between the 2018 VW GTI and the Golf R have to do with performance. And price. Where the Golf GTI is front-wheel drive with good power at about $26,500 (base), the Golf R is all-wheel drive, with more power, and about $39,800 (base). We will say that those base price numbers are far from apples, though, and a more comparable starting point would be the GTI’s Autobahn trim, which starts at $35,000. 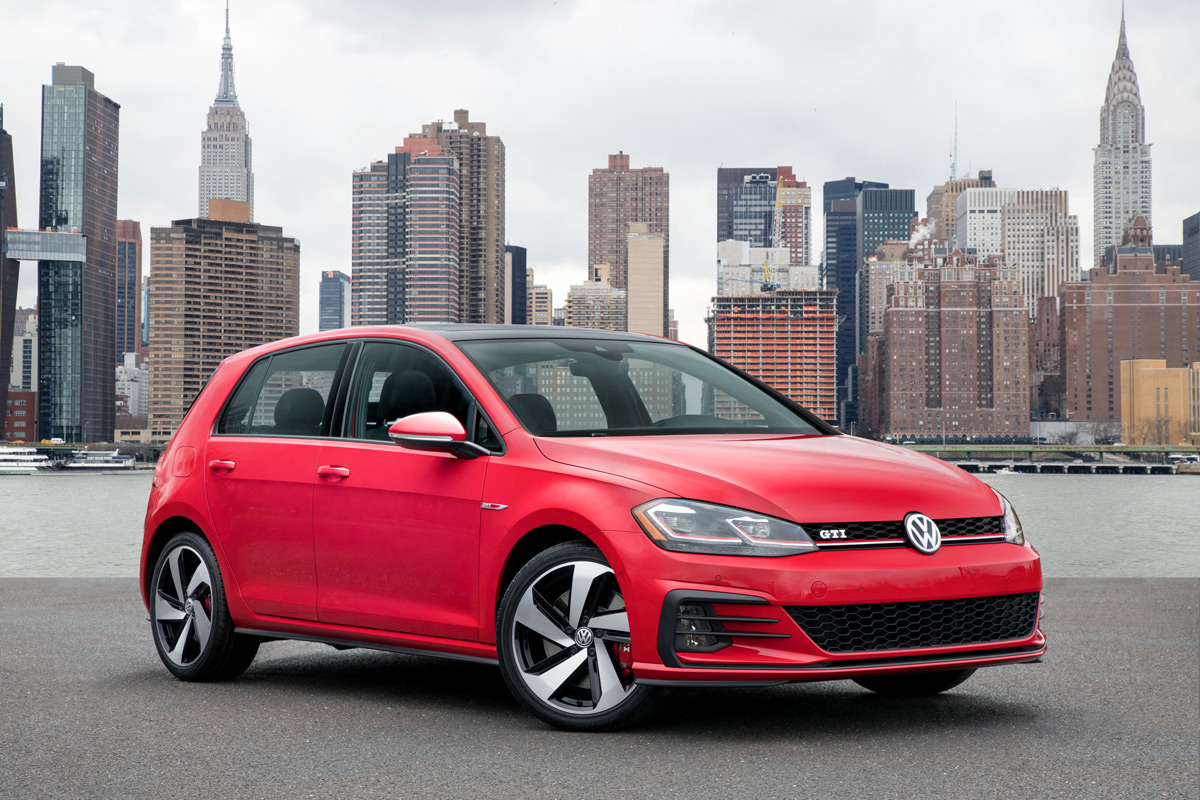 The 2018 GTI is powered by a 2.0-liter four-cylinder engine that has turbocharging to boost its output to 220 horsepower. That’s ten horses more than last year’s model. A six-speed manual transmission is standard and a dual-clutch automatic is optional. Either are great choices, though for obvious reasons we like the manual better. We will concede that the dual-clutch is a beautifully-done transmission that deserves respect.

Fuel economy in the GTI is rated at 24 mpg in the city and 32 mpg on the highway (manual) and slightly better (25/33) with the automatic. During our week with the GTI, we consistently ran 6.5-second 0-60 mph sprints. That’s impressive. Even more impressive is that with the dual-clutch transmission ($1,100 upgrade), it’s possible to get those same exact numbers. In cornering, we like to test on a 90-degree, 15-mph two-lane curve on a country road near here. Our goal is to make the corner as quickly as possible without “chirping” tires (losing traction). The GTI makes that two-lane corner at 62 mph. 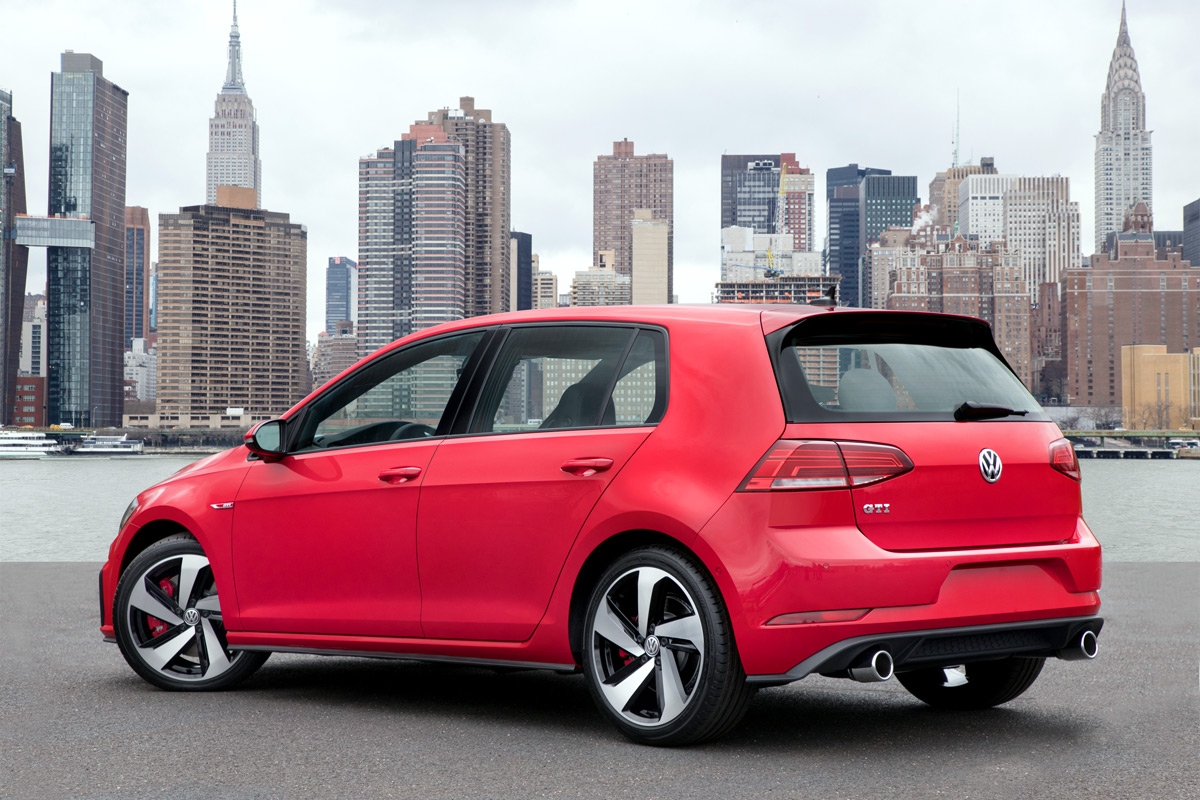 The rundown on the GTI: 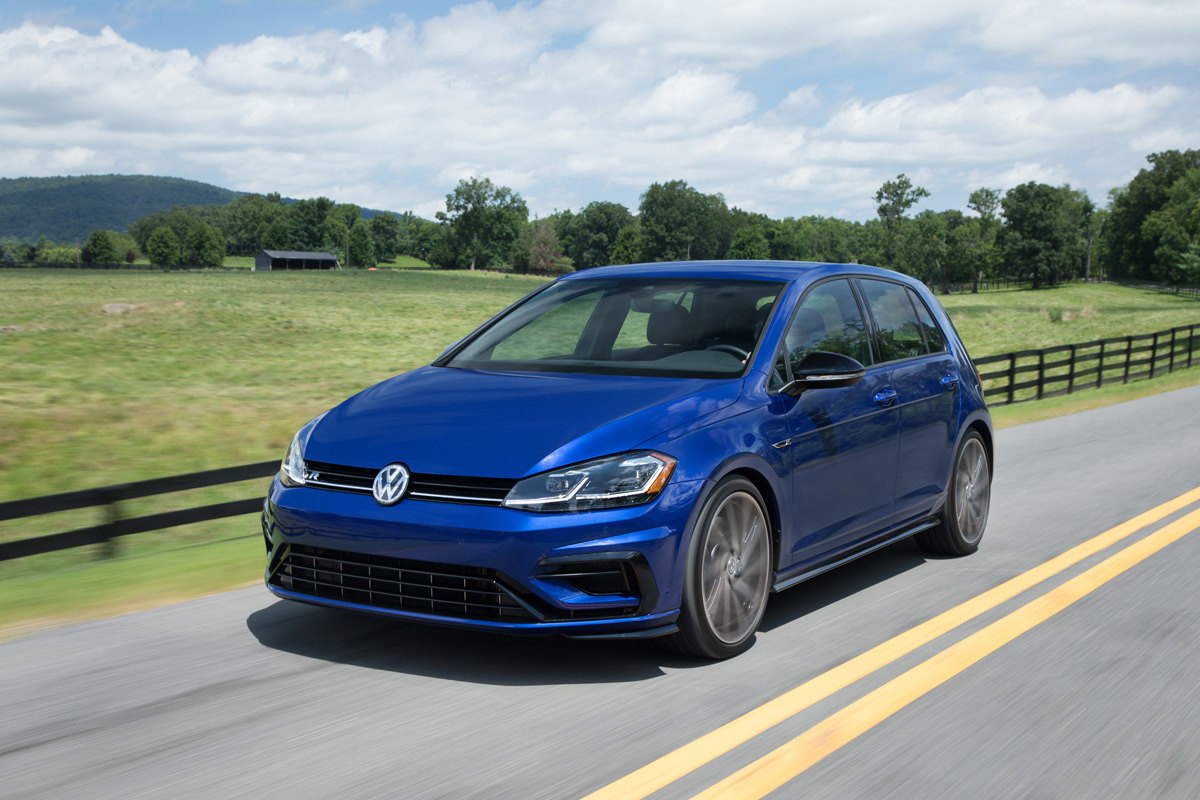 The 2018 Golf R uses the same 2.0-liter turbocharged four found in the GTI, but boosts the output to 292 horsepower. A six-speed manual transmission is, again, standard, but the upgrade option is to a seven-speed dual-clutch automatic that’s amazingly well-matched to the R. The Golf R is also all-wheel drive by default, with a front-biased torque delivery.

Fuel economy in the 2018 R is rated at 22 mpg in the city and 29 mpg on the highway with the automatic (about a point less, each, for the manual). We were consistently getting sub-five-second 0-60 mph sprints in our automatic-equipped Golf R. Amazingly good numbers. And on that 90-degree corner mentioned above, the R went around at 67 mph. 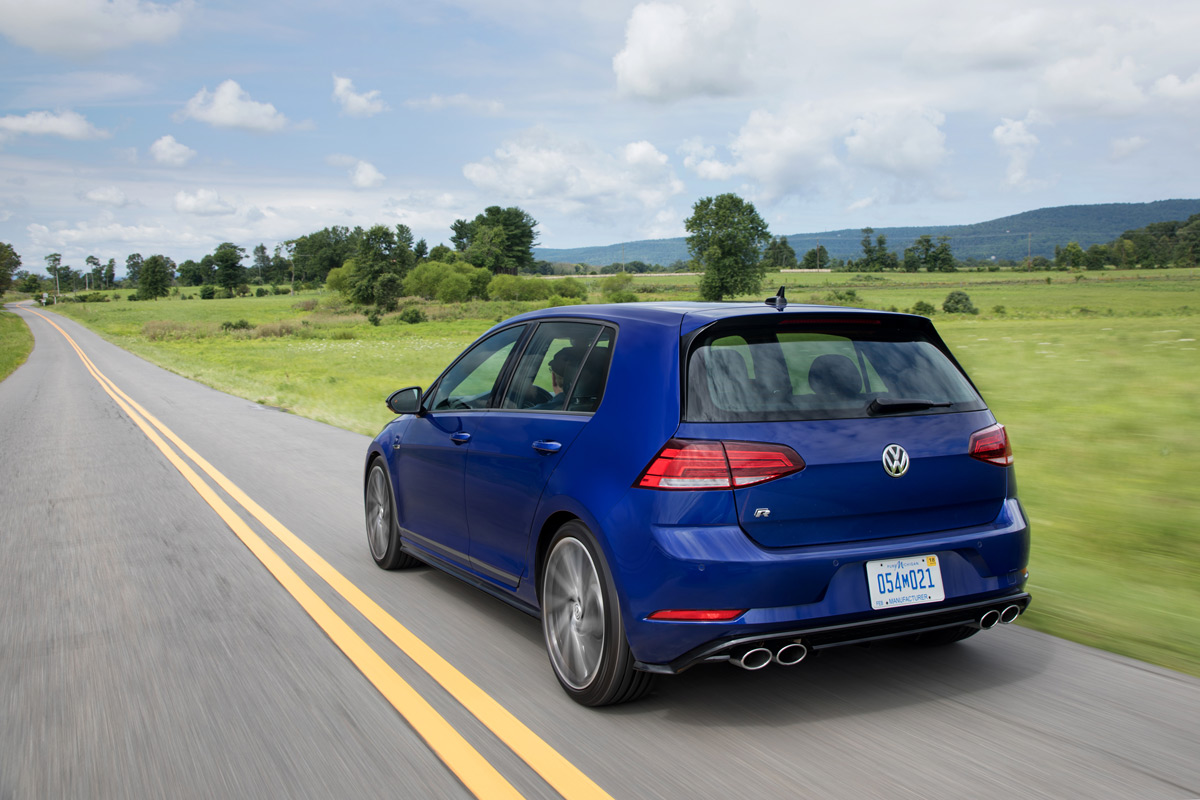 The rundown on the R:

Now that we have the numbers for the two hot hatches, let’s get to the nitty-gritty. Which is better? The honest truth is that, for those who are seriously performance-minded, the R is the way to go. The price difference is the key issue for a buyer to get past, though, and the over four thousand in savings with going to the GTI is hard to look past.

Considering what most people will do with their VW Golf performance model, it’s unlikely that the justifications for the extra horses and beautiful handling that come with the AWD are worth the much higher payment. The Golf GTI is a great little car that handles very well when pressed and which will keep a grin on most driver’s faces. The R, however, adds that extra speed and power, better all-season handling, and (importantly) faster cornering thanks to the added AWD and higher power outputs.

Long story short, the 2018 Volkswagen Golf R is a great hatch that’s all the fun it possibly could be. It’s about as awesome as a tiny hatchback can be, right off the shelf, and anyone who makes fun of one has obviously never spent time behind its wheel.

On the other hand, the 2018 VW Golf GTI is also a real goer with all of the aforementioned goodness. It adds daily usability and livability to the equation and is potentially $200 cheaper per month to buy. Two hundred bucks is a lot of beer money.

The decision really does come down to economics. If the kind of performance the R offers is extremely important to you, then get one. If you want great performance, but also daily livability (and more beer), then the GTI is your choice.