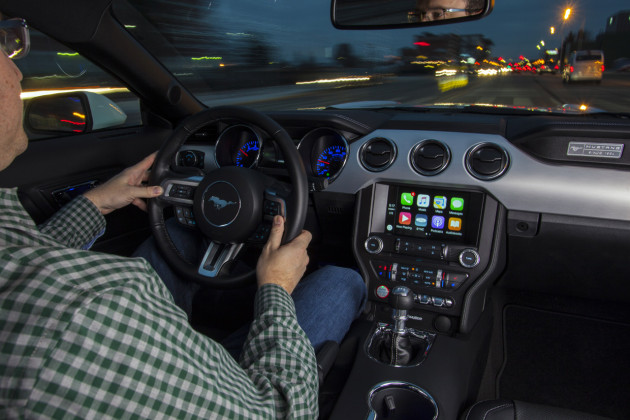 Ford recently introduced their third-generation SYNC infotainment system on a number of their 2016 models, and let me tell you, it is a HUGE improvement over the last-generation SYNC system, which often times had me wanting to put my fist through the screen when it wouldn’t work correctly.

But wait, because it’s about to get a whole lot better..

This morning at CES, Ford revealed that they’d be adding both Apple CarPlay and Android Auto smartphone connectivity to SYNC 3. In addition, Sync Connect technology powered by 4G LTE will give owners the ability to remotely start vehicles, unlock doors, check the level of fuel and help drivers find their parked cars.

Ford has been promising to bring better smartphone connectivity and technology to its lineup, and it looks like they are finally going to deliver on that promise. All 2017 model year vehicles equipped with SYNC 3 will get these new features, starting with the all-new Ford Escape, with other 2017 models to follow shortly thereafter.

Owners of 2016 models “will have the opportunity to upgrade later in the year” through a free system update.

To learn more, you can check out the full press release here.

The Toyota 86 GRMN Is The Scion FR-S That We’ve Been Waiting For..