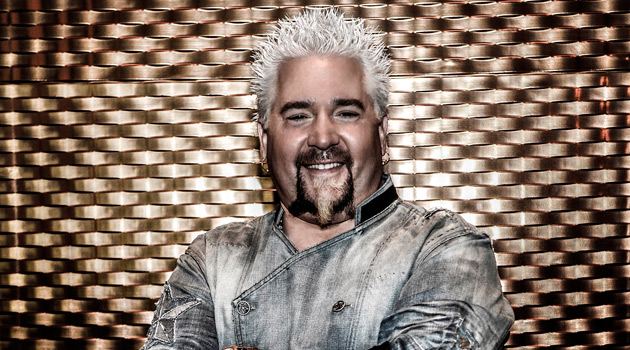 If you’re a long-time reader of this site, you know that I spend quite a bit of time in Atlantic City, and not just to gamble. Atlantic City has become a mecca for foodie enthusiasts like me, and now Guy Fieri is jumping into the fray with a new restaurant serving his delicious dishes to Atlantic City visitors as well!

Bally’s Atlantic City announced that it will add chef, restaurateur and Emmy Award winning TV host Guy Fieri to its growing roster of chef talent. Guy Fieri’s Chophouse at Bally’s, which will overlook the beautiful beaches and Boardwalk of Atlantic City, is slated for an early Summer debut.

“Atlantic City truly has become a foodie destination and visitors can now add Bally’s to their dining ‘must do’ with the addition of Guy Fieri’s Chophouse at Bally’s,” said Kevin Ortzman, President – Caesars, Bally’s and Showboat Atlantic City. “Guy’s contagious enthusiasm for his food and his fans, made this an important partnership for us at Bally’s and we cannot wait to welcome him back to Atlantic City this summer,” added Ortzman.

A unique twist on the classic steakhouse, the restaurant will feature a menu of popular signature dishes with New Jersey flare, such as the Java Rubbed Ribeye Chop, Filet with Roasted Garlic and Brown Butter, Spicy Bloody Mary Jumbo Shrimp Cocktail, Jersey Shore Clams Casino, Jersey Tomato Salad and Cape May Fried Flounder. A mash up of flavors and classic styles, Guy’s new restaurant will include a bevy of steak and seafood options inspired by a resort dining culture and Atlantic City overall.

Fieri’s new concept promises ‘simple with a twist,’ not just a traditional steakhouse. The main bar, which spans the length of the entire restaurant, will include unique California sourced wines, a robust selection of craft beers on tap, and spirits from a small batch distillery. The restaurant decor will be reminiscent of Guy’s style with stainless steel and brass accents.

Guy Fieri’s Chophouse at Bally’s sounds like a real winner to me, and I can’t wait to try it out!