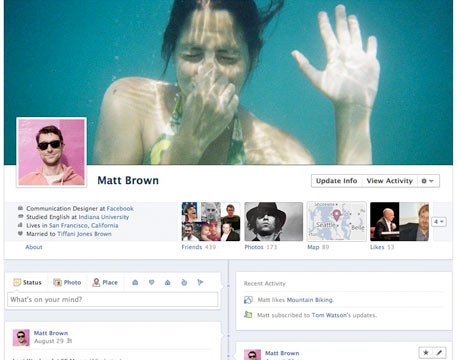 Facebook users who have resisted the conversion to the new timeline profile: The end of the line is near.

Timeline will become mandatory to all users within what a Facebook spokesperson calls “a few smaller countries” over the next few weeks. Those first markets will make a final test of performance before the rest of the site gets the advanced profile.

A spokesperson for Facebook reiterated that the advanced profile will be mandatory, not an opt-in phenomenon:

In the next few weeks, everyone will get timeline. We know adjustments can be difficult, especially with something as personal as Facebook. Since timeline became generally available late last year, we’ve received a lot of positive feedback. We will continue to listen and gather feedback as more people get timeline so we know what’s working and what can still be improved.

Facebook users who are converted to timeline will have seven days to review all of their content and decide what should be visible and what shouldn’t, as well as to whom.

We strongly suggest taking advantage of the seven-day grace period and becoming familiar with timeline’s activity log tool, as every action users have ever taken on Facebook will be visible unless deemed otherwise by the users.

Facebook users who are not tech-savvy are concerned about the amount of personal data they must go through in seven days, and even among those who are technically proficient, some just have no desire to post full online biographies, on Facebook or elsewhere.

However, Facebook seems to be showing zero inclination to make timeline an opt-in feature, and this announcement pushes the new design one step closer to reality for all of its users.

Next up, Facebook will extend timeline to pages, said a spokesperson for the company:

As we said at f8, we believe that consistency in both functionality and appearance increase use of Facebook. We hope to make Pages more consistent with the Timeline in the future, but we have nothing further to share at this time.

Do you think Facebook is doing the right thing in making timeline mandatory for all?