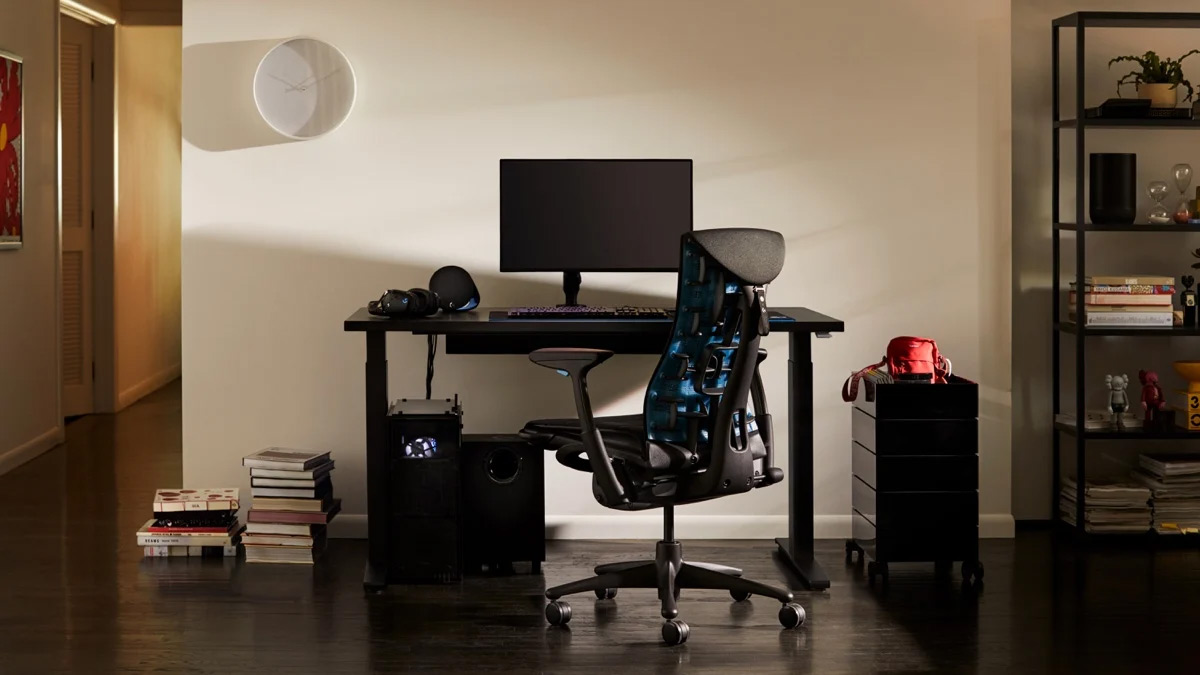 In the corporate world, Herman Miller is pretty much the Rolls-Royce of office furniture, with their Aeron chairs long regarded as the ultimate in comfort. Now, the company is teaming up with Logitech G as they step into the world of seating ergonomics for gamers, streamers, and esports athletes with the Herman Miller X Logitech G Embody Gaming Chair. It’s a smart move, given the explosive growth of this market.

Herman Miller and Logitech G spent nearly two years studying esport pros and players around the globe to understand their needs. The more research they did with the gaming community, the more they found that players took a variety of postures in chairs without noticing the negative impact it had on their performance and potential damage to their health over time. 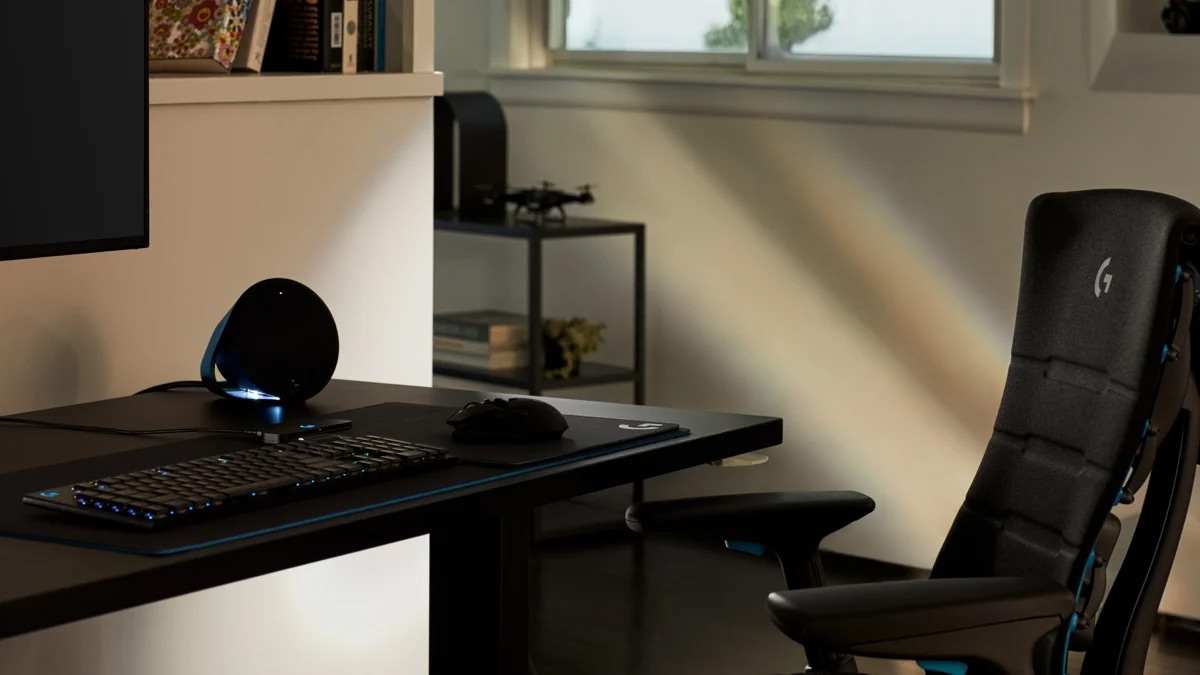 “This in-depth research convinced us that we needed to modify a current offering to improve lower back support, increase forward leaning, provide a greater ability to swivel, and better adjustments for tables and monitors. The new Embody Gaming Chair set the benchmark for pressure distribution, natural alignment, and support for healthy movement, so it was the perfect choice to be modified to meet these needs,” said Tim Straker, CMO for Herman Miller.

While several of Herman Miller’s chair designs were tested with gamers, Embody was chosen as the perfect platform to build a gaming chair from. A typical esports athlete and streamer are seated at their desk upwards of 3X as long as a typical office worker. In addition, numerous gamers expressed widespread dissatisfaction with the comfort and ergonomics provided from traditional gaming chairs that typically focus on aesthetics, as there is a significant decline in performance due to the physical challenges that come from repetitive motion injuries. 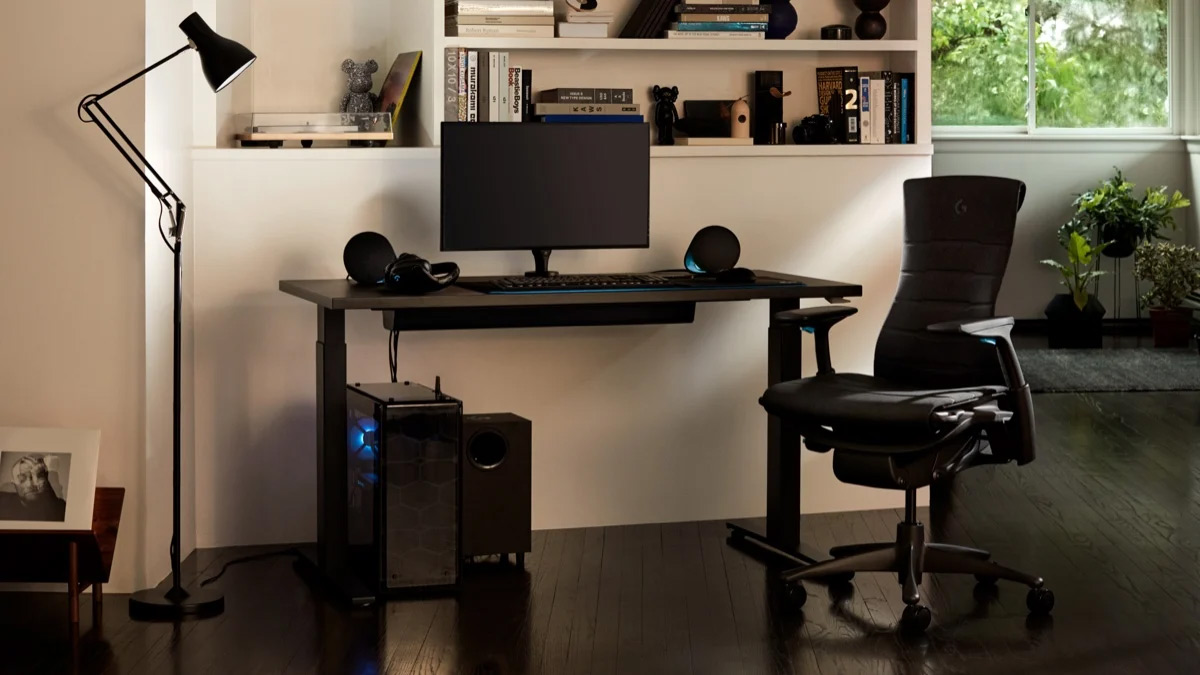 The Embody Gaming Chair addresses all of those needs and more. It allows gamers’ bodies to be properly aligned, balanced, and comfortable. A number of enhancements were made to get there, including cooling foam with copper-infused particles that support the ideal gaming posture and reduce heat buildup caused from sitting on thick cushions for a prolonged period of time, and pixelated support, distributing weight evenly to reduce pressure and encourages movement. These features are crucial to maintaining healthy circulation and focus.

Of course, as you might expect from Herman Miller, this kind of quality doesn’t come cheap, with the Embody Gaming Chair selling for an eye-popping $1,495. They’re also introducing a $1,295 gaming-focused desk and a $295 monitor arm to complete the package. All of these items come with a 12-year warranty.

Pricey? Absolutely. But if you make a living gaming, it’s probably worth the investment for the sake of your back. After all, you don’t want to be 45 and walking around with a hunched back.

What do you think about the Herman Miller X Logitech G Embody Gaming Chair?