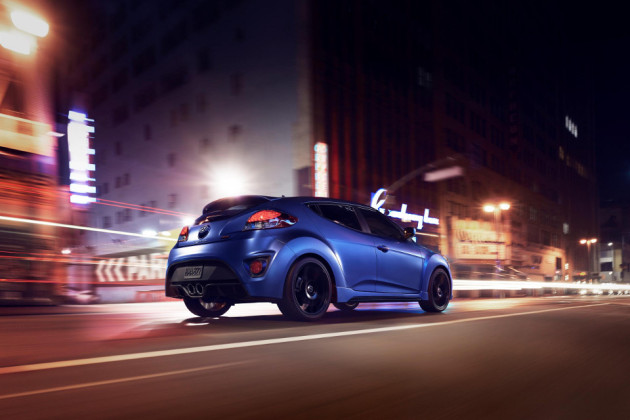 While there were a number of vehicles trying to steal the spotlight at the Chicago Auto Show, it was the matte blue Hyundai Veloster Rally Edition that caused us to stop in our tracks. We have always been a fan of the quirky Veloster, with it’s asymmetrical door layout and squashed body lines. The original Veloster was lacking in power, it was “all show but no go”. But they quickly resolved that by introducing a turbo model.

Now with this special Rally Edition Veloster, they’re taking things to the next level. While it doesn’t have AWD like some of it’s rally competitors (Focus RS, Subaru WRX, etc), it does benefit from a host of improvements that are sure to have enthusiasts excited, including a performance-oriented suspension, lightweight 18″ Rays wheels, a six-speed manual with a B&M Racing short-shifter kit, carbon fiber trim, blue interior accents, and of course the gorgeous matte blue paint you see in these pictures. 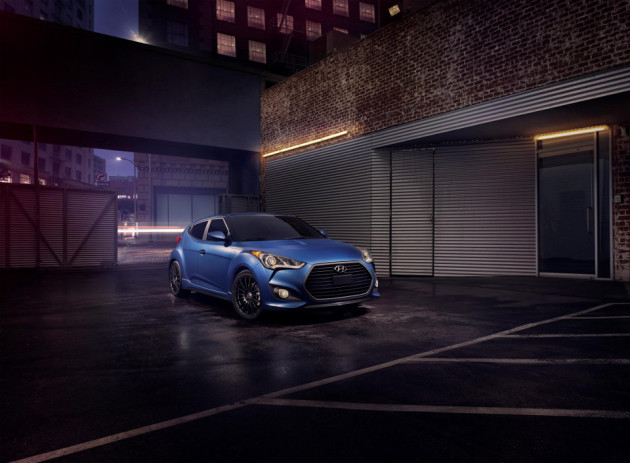 Only 1200 Rally Edition Velosters will be made, and they’re only available in one color – Matte Blue. The car really looks great, and while it doesn’t really deliver the rally performance that one would expect given it’s “Rally Edition” monkier, it’ll satisfy the enthusiasts out there looking for a unique rally-esque car.

The Hyundai Veloster Rally Edition is powered by the same turbocharged 1.6L four-cylinder engine found in the Veloster Turbo, which puts out 201HP and 195lb-ft of torque. That’s good for a 0-60 time of 7.3 seconds. That’s significantly slower than the Golf GTI and Focus ST, but the Hyundai should be able to compete on price, with pricing expected to come in around $23K. 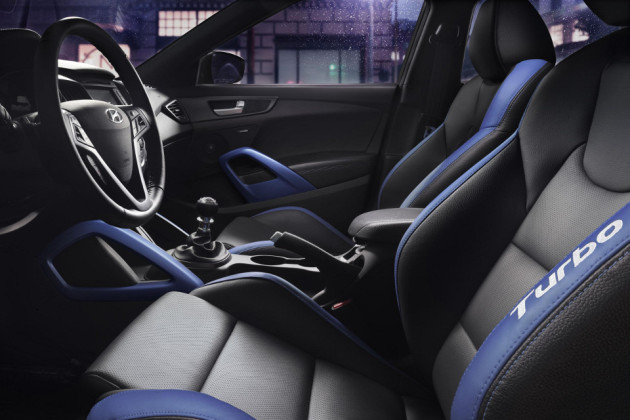 Overall, we think this Hyundai Veloster Rally Edition is a great way to raise the visibility of their oft-forgotten Veloster, while giving prospective Golf GTI / Mazdaspeed3 / Focus ST owners yet another option in the hot hatch category.

Visit https://www.hyundaiusa.com/veloster/rally to learn more and to get on the waiting list! 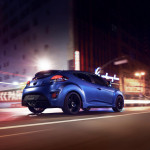 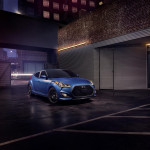 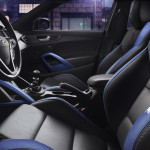 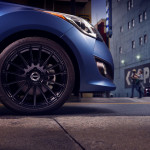 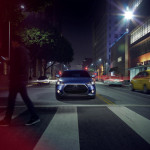 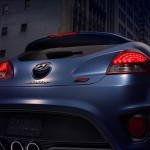