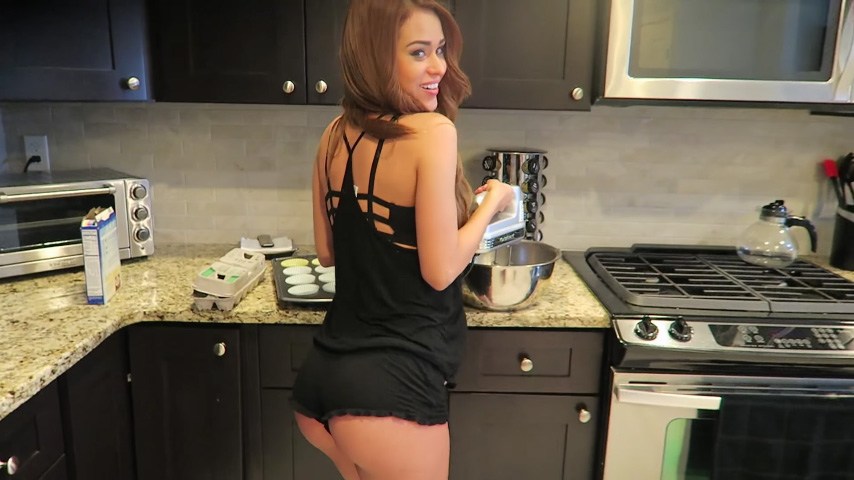 Remember Yanet Garcia, Mexico’s hottest weather girl? This hot tamale took the Internet by storm with her smoking hot weather forecasts, and she followed that up with a lingerie photo shoot in Revista H magazine.

So what’s the 26-year-old global sex symbol been doing since then? Posting crazy hot selfies on Instagram, along with sexy videos on her YouTube channel, like this one where Yanet set temperatures (among other things) rising as she attempts to bake brownies for the first time ever.

We think Yanet might be onto something here, and we suggest that she take a cue from The Naked Chef and create a naked cooking channel of her very own. Who’s with me?

Related Topics:Yanet Garcia
Up Next

Watch This Russian Model Hang Off The Side Of A 1,000ft Skyscraper