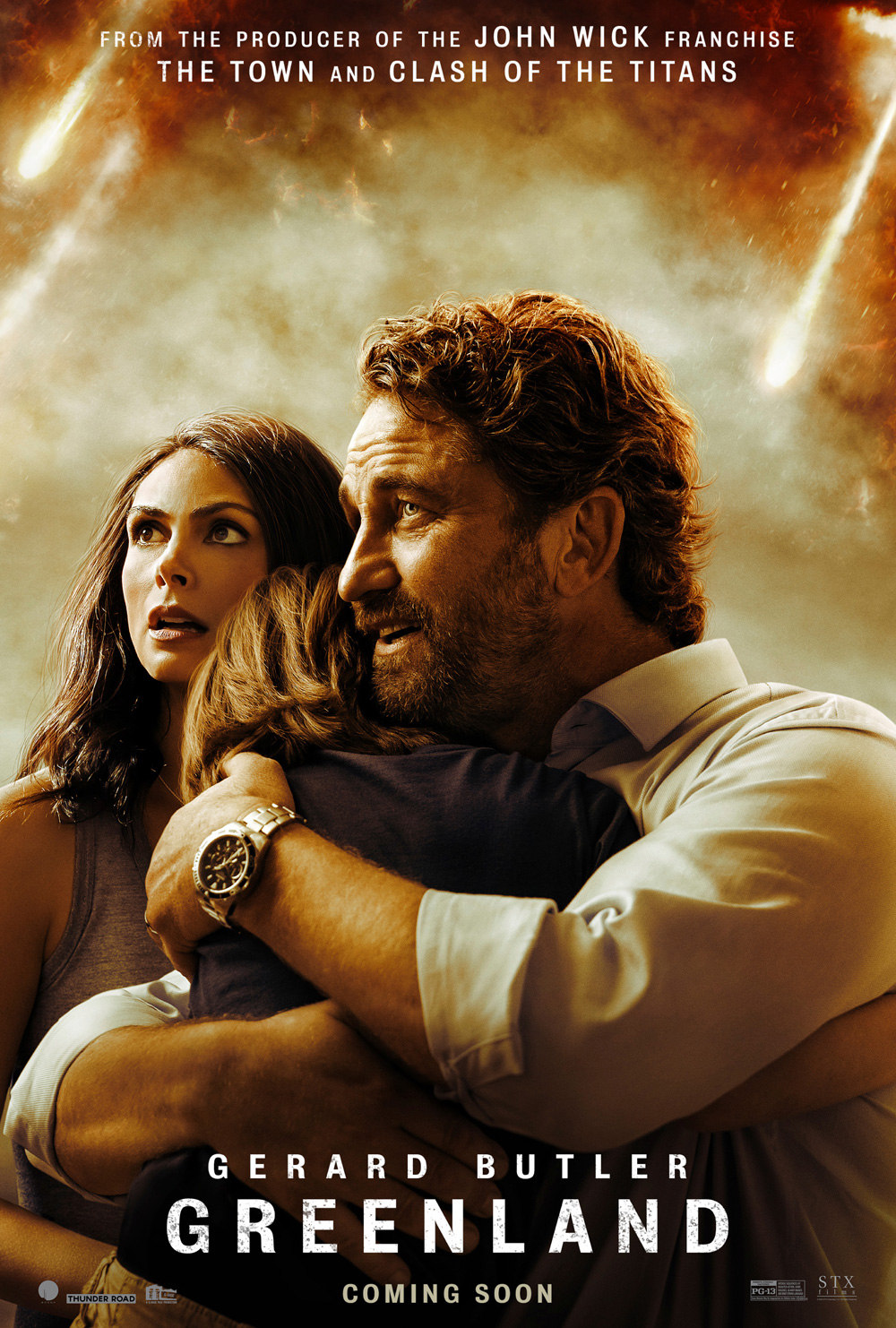 Gerard Butler seems to play the same basic role over and over again, a hero who is tasked with saving the world, saving the President… or in this case, saving his family from an extinction-level natural disaster. But I’m not complaining, as I rather like these mindless action movies.

In Greenland, Butler plays John Garrity, a structural engineer who races to save his estranged wife Allison (Morena Baccarin) and young son Nathan as a planet-killing comet hurls towards Earth. Lucky for him, he receives a Presidential Alert on his phone, instructing him to hightail it to an Air Force base to escape to a secret sanctuary, as he’s been chosen to be saved.

Now you might be wondering, how exactly did astronomers miss this giant comet coming their way? Apparently thought the comet would burn up when entering the Earth’s atmosphere, but there were some miscalculations or something. Not very believable, but much like a Fast and the Furious movie, you’ve just got to suspend your disbelief and just go along with it. 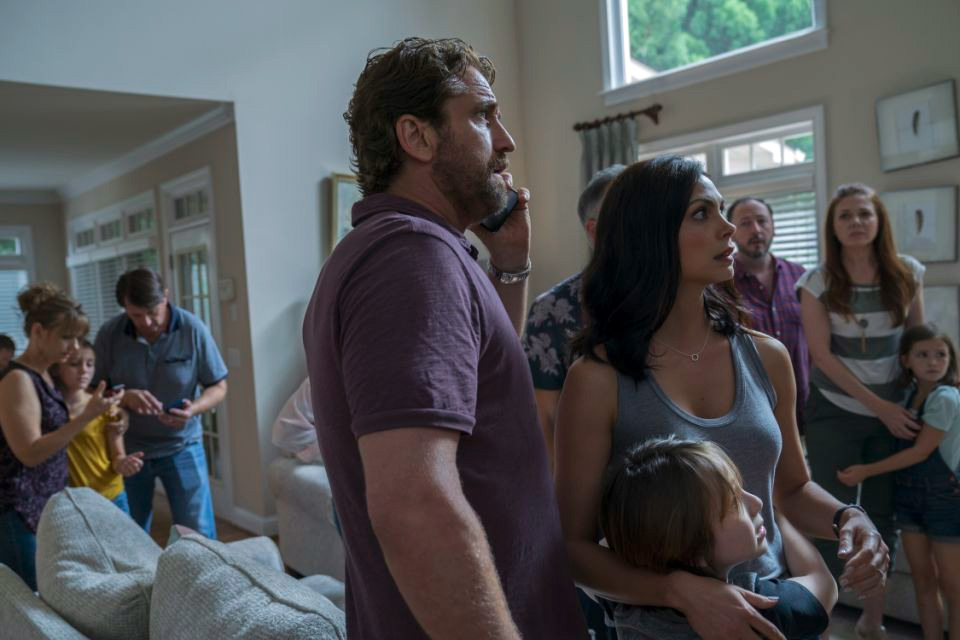 Of course, things don’t go according to plan for Butler and his family, and we spend the rest of the movie watching as they fight for survival, while cities around the world are being leveled by the comet’s fragments. As the countdown to global apocalypse approaches the zero hour, the Garrity’s experience the best and worst in humanity while they battle the increasing panic and lawlessness surrounding them.

While Greenland is far from the first time that we have seen an end-of-the-world plot line like this (ie. Armageddon, Deep Impact, Geostorm, The Day After Tomorrow, Independence Day, Volcano, etc), this one bucks the trend.. Instead of it being Butler vs. the comet, the movie focuses on a father trying to save his family (who he becomes separated from early on, thanks to the prerequisite dumb kid) and ultimately survive a cataclysmic event.’

I attended a virtual screening of the movie the other night, and I thoroughly enjoyed myself. I was on the edge of my seat throughout, and it was a much-needed diversion from everything going on in the real world with the pandemic and all. And isn’t that what movies are all about? The movie could have used a better title, as it doesn’t exactly scream disaster movie, but such is life. 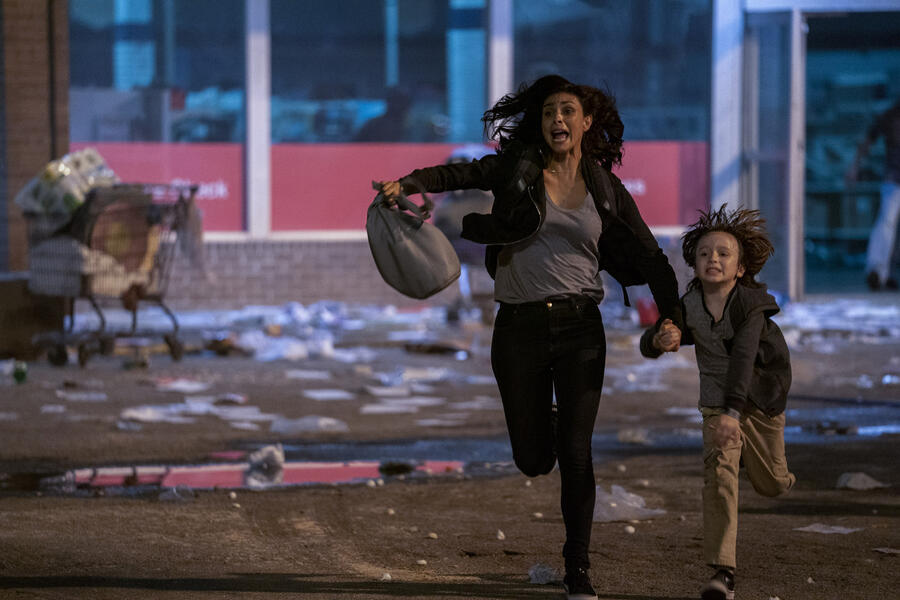 Given all of the special effects, this would have been a great movie to see in the theaters on the big screen. But alas, thanks to the pandemic, the release of this movie got completely messed up, and after numerous delays, they decided to release it on premium VOD this coming Friday, available to stream through numerous providers for $19.99 for a 48-hour rental.

Sure, that might seem a bit expensive, but consider that 2 people going to see this at a theater would cost as much (if not more), and suddenly it doesn’t sound so bad. Add in the overpriced concessions, and it’s a downright bargain.

So if you’re looking for a fun diversion this weekend and have already exhausted your Netflix / Prime Video queue, fire up some microwave popcorn and check out Greenland. Trust me, you won’t be disappointed!